The Virginia State Capitol is the seat of state government of the Commonwealth of Virginia, located in Richmond. The Capitol was conceived of by Thomas Jefferson and Charles-Louis Clérisseau in France, based on the Maison Carrée in Nîmes. Construction began in 1785 and was completed in 1788.

It is the oldest capitol building in the United States of America. The Virginia General Assembly is the oldest continuous parliament in the Western Hemnisphere.

It is one of only twelve Capitols in the United States without an external dome. The others are the Capitols of Alaska, Delaware, Florida, Hawaii, Louisiana, Nebraska, New Mexico, New York, North Dakota, Ohio and Tennessee.

You can tour the Capitol easily. On your own or with a guide. I recommend the free guided tour. You’ll miss much information without.

Adjacent to the capitol building and on the same grounds, you can visit Governor’s Mansion aka Executive Mansion. According to the guide, it’s the only gubernatorial mansion in the USA where the Governor actually lives during his term. 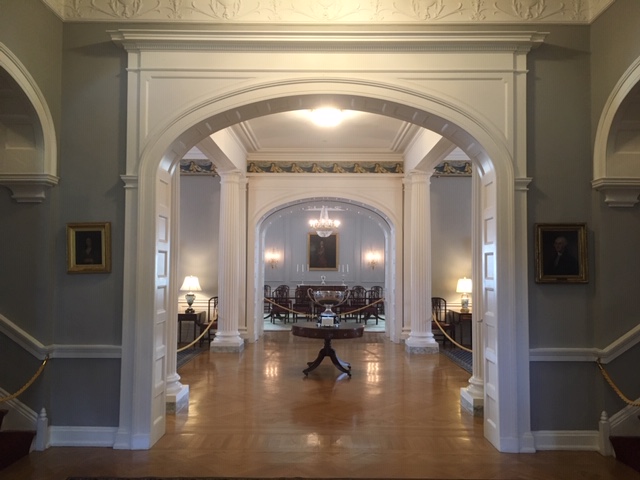