In the month of April I made a week-long trip with Michel, discovering German aviation history in Friedrichshafen, Danish railways history in Odense and navigating the sea to discover some Estonian history in Tallinn.

After arriving without my bag on our Sun Air of Scandinavia flight from Friedrichshafen via Düsseldorf in Billund, we continued onwards towards our next stop in Odense. The main reason to travel to Odense was to visit the Danish Railway Museum located there.

Unfortunately despite having an airport and being the home of Lego, Billund currently has no railway connection and we had to take a bus from the airport to the nearest railway station in Vejle.

As this is a very rural and ’empty’ part of Denmark it was a smooth half hour drive over the main road with just 1 stop on the way. The bus used is also a long-distance configured bus with more comfortable seating and plenty of luggage space. The ticket had to be bought on board with the driver, but they only accept cash so don’t forget to get some Danish kroner from the ATM in the airport! 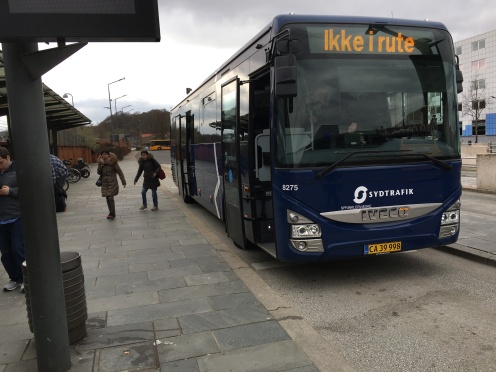 After arriving in Vejle we had a short connection with the next train heading for Odense.

It was operated by a single IC3 diesel unit. These trains where delivered from 1989 onwards and have the very typical rubber head allowing you to change between units when they are coupled together. Inside they have some very comfortable thickly padded seats, free WiFi and power points at every two seats. In Denmark you also have the option of reserving seats in advance and reserved seats are marked on an electronic display in the baggage rack above the seats. 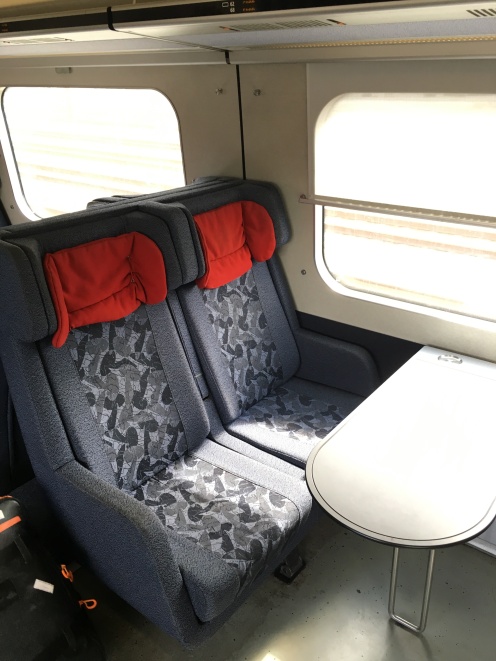 Despite it being a diesel unit there is not too much engine noise entering into the interior and we had a smooth and comfortable ride. The first part took us along the coastline of Jutland (‘mainland’ Denmark) until Fredericia.

In Fredericia we couple onto a second unit and the train got noticeably busier. After leaving Fredericia we travelled over the first big bridge to connect the Danish isles, the bridge over the Little Belt (Lillebæltsbroen).

Constructed in the 1930’s it was one of the major Danish engineering marvels of the time, shaving of a significant amount of time on the travels between Copenhagen and Jutland.

After travelling the remaining distance through the fields of Funen, we arrived at Odense. The station has been rebuilt and now combines the train station with a small shopping centre, a parking garage and a librabry.

The rest of the afternoon we spent explring the quaint town of Odense before staying the night there. The next morning we visited the national railway museum, but as we didn’t want to take our luggage with us in the museum we decided to store them in a locker in the train station.

Of course we managed to select the broken one, after inserting the correct amount in coins the locker wouldn’t close as it was jammed, luckily the friendly lady at the ticket office came to rescue us and we where able to store our bags in a different (functioning) locker.

After finishing our visit to the railway museum, it was time to travel onwards to Malmö in Sweden. First we took a train to Copenhagen where we we change to a different train to cross the Øresund. At the time we visisted there where major engineering works taking place in Ringsted, resulting in only 1 train an hour running from Odense to Copenhagen. Even though the train was brought to maximum length, it was completely full with a number of people needing to stand.

As the line between Odense and Copenhagen is electrified we where travelling in an electric IR4 unit.

They are of a very similar construction to the diesel IC3 units, just with an extra 4th coach added and electric power. The seat in these units was of a different design, more cramped and more firm. This is of course logical as these units where designed to work on more local service rather than long distance Intercity runs. As both the diesel and electric units are of a very similar design they can be coupled together (a very funny sight) which they also did on our run, our electric unit being sandwiched in between a number of Diesel units.

After leaving Odense and crossing a bit of Funen we arrived at the next major engineering marvel, the Great Belt Fixed Link (Storebæltsforbindelsen).

It’s a bridge-tunnel combination used to link Funen with Zealand. The first part takes you over a huge suspension bridge before landing at the island of Sprogø and plunging down the tunnel for the last part.

After surfacing again we where at Zealand, which is the most important Danish island on which also the capital city of Copenhagen is situated.

After running at normal speed for the first part of the journey, we slowed down to a low speed to cross the engineering works at Ringsted before accelerating again to speed our way into Copenhagen.

On the final stretch the uniquely designed S-tog runs alongside our mainline, handling the local traffic, meaning our train was becoming less busy as we approached Copenhagen.

In Copenhagen we changed for our final train, a  Øresundtag to cross the Oresund into Sweden.

As this is a private company my FIP tickets where not valid on this service and I had to buy a normal ticket. The train is a newer version but still carrying the typical rubber nose design. It features some very clear outside displays telling you where the train is headed as well as having a low-floor compartiment for strollers and bikes.The seats used are also very comfortable for a shorter distance train, even featuring adjustable headrests. Of course there where powerpoints and WiFi available too.

The route took us along the suburbs of Copenhagen, calling at all stops, towards the airport Kastrup.

After leaving the airport we travelled over the heart of the network the Øresund Bridge. It also consist of a tunnel – island – bridge construction just like the Great Belt Fixed Link. This time the tunnel starts at the Danish side before surfacing again at the island of Peberholm and climbing up the bridge. When you are about halfway on the Bridge you cross the border into Sweden, marked by flags attached to the side of the bridge. 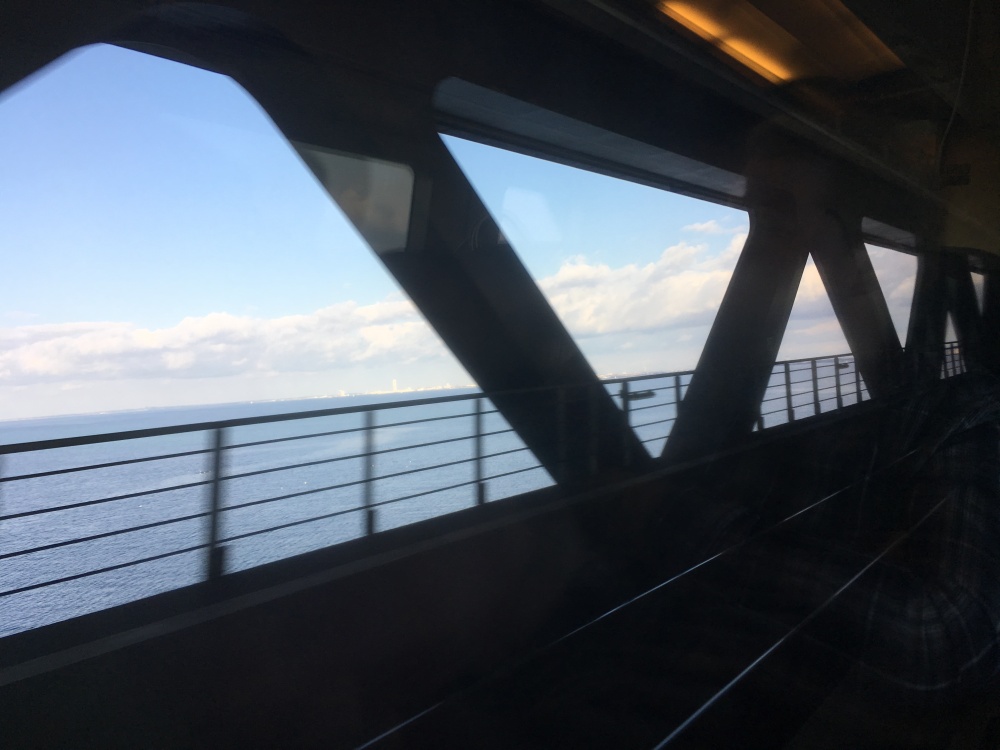 When arriving at the first stop in Sweden, Hyllie it is possible there will be an identity and customs check taking place, therefore a 10 minutes station dwelling time is built into the Schedule.

We continued onwards through the cross city tunnel via Triangeln to Malmo Central where we alighted in the newer undergound part. On the way out we walked across the old main train shed, still sporting it’s wooden roof.

I have to say I was impressed with Denmark’s train system, they run clean and comfortable trains, running bang on time. Their employees are also very friendly and helpful. If you ever travel across Denmark the railways are definitely a good and solid option.

Have you ever travelled by train in Denmark, and how did you like it? Let us know in the comments below!