Seventy-seven hours in Singapore. That’s two full days and two half days. How was it?

Beforehand and afterwards many friends called Danny and I nuts to fly that far for merely a long weekend. Well yes, we did it because we found a bargain to fly business class with Cathay Pacific and thanks to awards and points we had a good deal on the InterContinental.

So I started puzzling a schedule based on geography and heat. Weather forecast promised hot and humid conditions and I know Danny copes less well with heat and humidity than I do.

We stuck more or less to that planning. We didn’t do the river cruise though and we didn’t have lunch at Clarke Quay. It was too much ‘party area’ for us.

We landed on Friday and after a very smooth entry into Singapore we had our luggage quickly, exchanged euros into Singapore dollars (approximately 1 SGD = 0.60 EUR) and and took a taxi to the hotel.

After checking in and a refreshment we headed by taxi to the ArtScience Museum. Wich we quickly decided not to visit. Instead we entered the famous Marina Bay Sands hotel. The building is literally awesome. Of course we went up to Skypark for amazing vistas over the city state. Honestly the 14.50 euro we paid was a bit much because the area you can visit is small. You don’t get to see infinity pool or the gardens.

Still, the surfboard on top of the three towers give you a spectacular view over the central business district (CBD), the ‘old’ town and Marina Bay Street Circuit of the Singapore Grand Prix.

Singapore is a city state of 719 km2 (278 sq mi) and 5,6 million inhabitants. Yet you don’t experience the crowd that much. The government makes effort to provide many green spaces, such as the Gardens by the Bay featuring the Flower Dome, the Cloud Forest and the Supertree Grove. The grove was closed due to the rain and risks of lightning. The two conservatories were open and absolutely worth the 17.60 euro per person.

Afterwards we walked back to he hotel.

I really put Danny to the physical test – sorry not sorry- as I dragged him to the HSBC TreeTop Walk at MacRitchie Reservoir. It’s a one-way course so we walked about 5 km in hot and humid conditions. It was hot and humid, but we had sun. 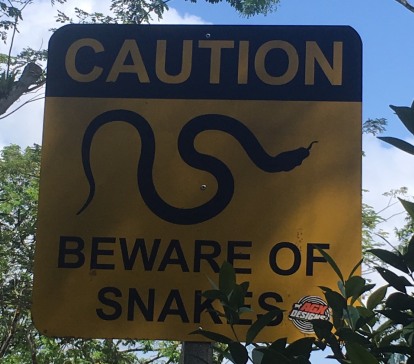 Afterwards we went to Fort Canning for the Battlebox Museum. Unfortunately it was guided tour only so we booked a 4pm tour, went back to the hotel to have afternoon tea and walked back to the hill. The Battlebox was the headquarters of the British Army and Royal Air Force during the Japanese invasion in 1941. We learned a great deal of this aspect of the war.

As there was still light and cocktails weren’t served yet in the InterContinental, we headed to the Chinese Buddhist Thiang Hong King Temple. That was closed though.

Even more nature and heat

On Sunday we started with the Singapore Botanic Garden with its National Orchid Garden. We followed up with the Hindu Sri Veeramakaliamman Temple. It was so crowded we didn’t go inside.

We didn’t have much luck on Sunday, as the Muslim Sultan’s Mosque was closed. Danny had enough by then so we headed back to the hotel. 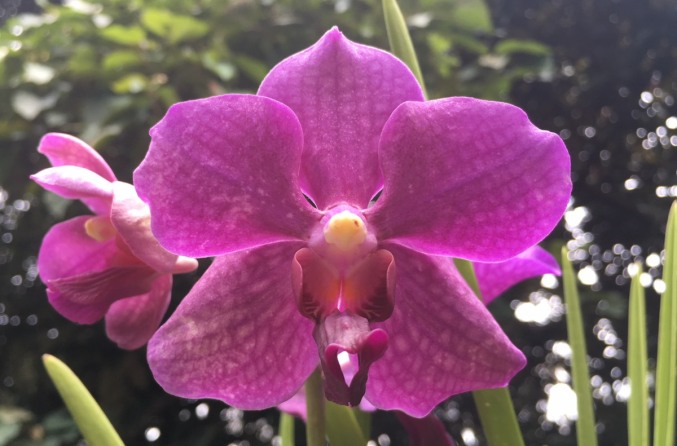 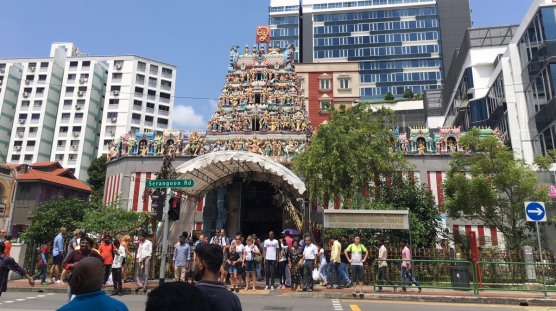 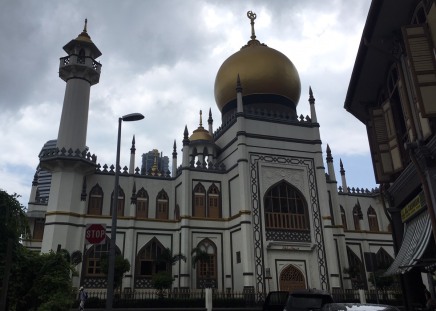 A must-do activity in Singapore is the Night Safari wich includes a ‘tram’ (actually a little truck and carriages) ride and an animal show. It feels like a docile Jurassic Park.

Unfortunately I don’t have decent pictures of the Night Safari.

On Monday we had a late flight, so there was enough time to visit the comprehensive Singapore National Museum, with the history of this city state.

So, is 77 hours in Singapore enough? For Danny and I, yes. Danny is even less a party animal than I am, we didn’t go shopping and we felt we saw what we had to see.