As to avoid having to rent a car or go through the hassle of taking a domestic flight, we opted to travel by train in between our destinations on our Canada trip. Our second train ride would take us from Quebec City to the nation’s capital at Ottawa. As the business class fare wasn’t much higher than the standard economy class fare, we decided to treat ourselves and give us a first class trip.

Just like in Montreal, the station of Quebec Gare du Palais offers a lounge for business class customers, finding it was a bit more challenging however. First we looked around in the main hall, but there was nothing to be found. 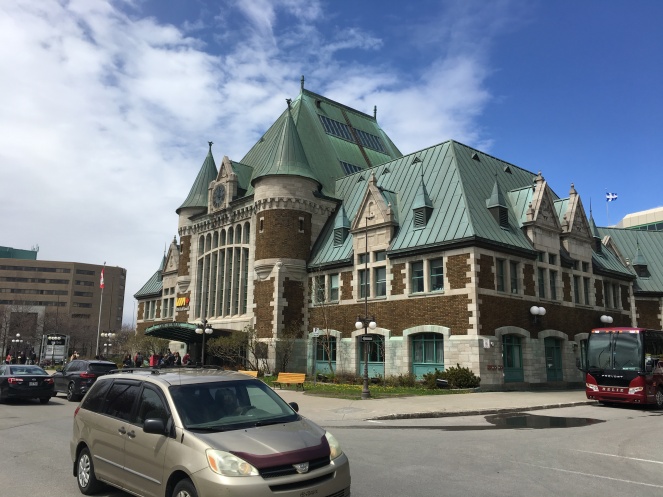 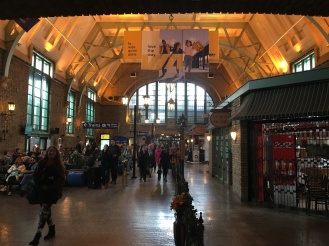 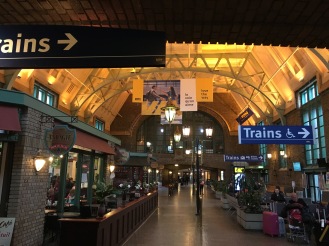 Then we saw a sign pointing us in the direction of the platforms for the business lounge. As we exited the main hall we walked straight onto the general check-in desks, apparently in Quebec City the business class passengers go to the check-in first and are then allowed in a small glass box alongside the platform. 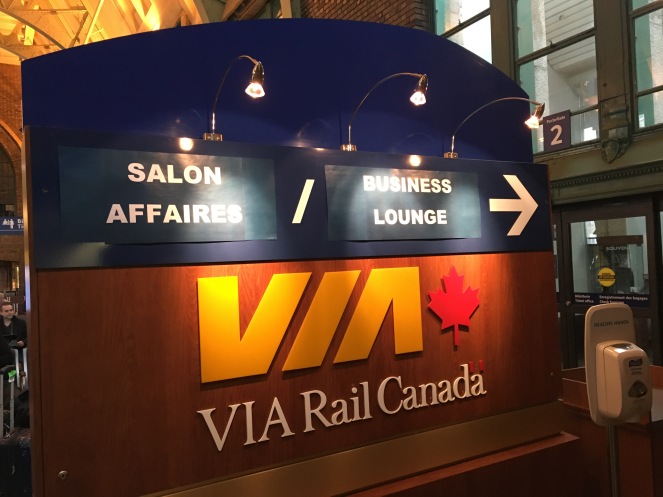 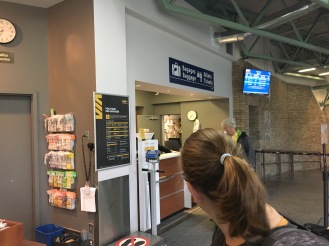 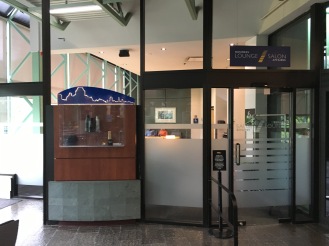 Here we have similar furniture as in Montreal. There is also a small coffee machine and a fridge with some soft drinks. When boarding was called, business class passengers where first allowed on the platform, while economy class passengers only started check-in now. 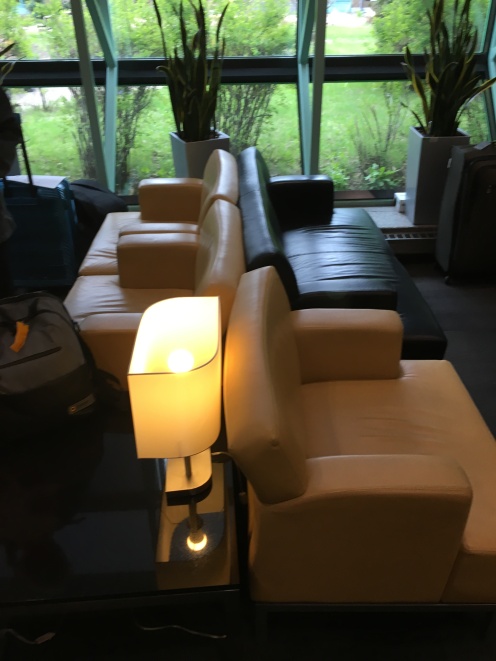 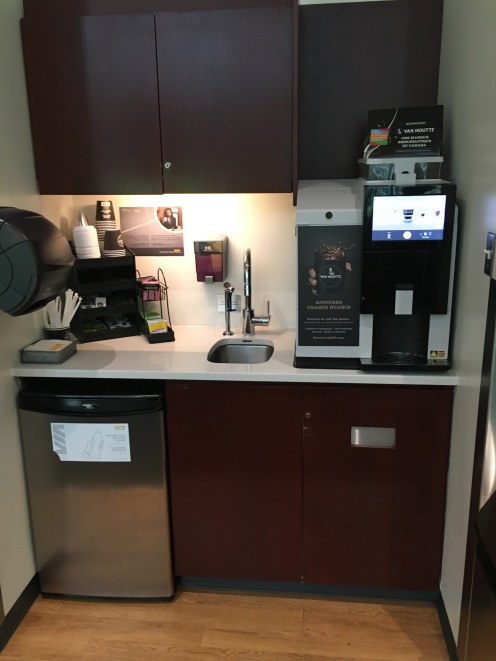 This time we were travelling in an older train formed of typical American Budd stainless steel coaches, built back in the 1950’s. The locomotive hauling us this time was a newer GE Genesis however. 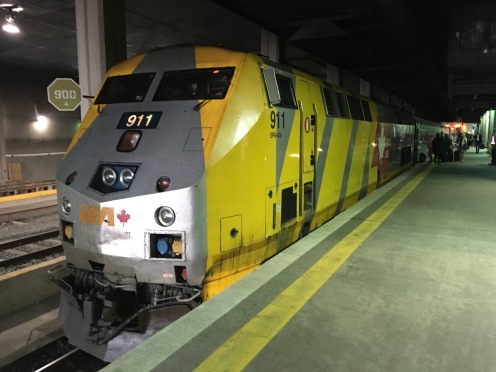 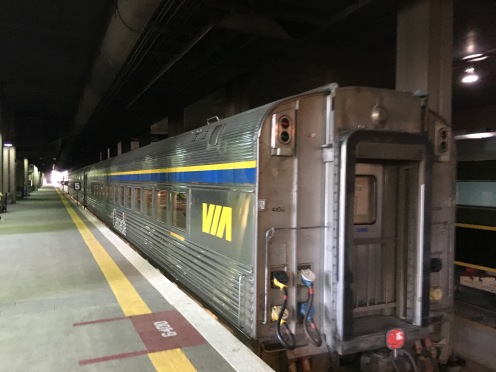 Despite the coach’s age it was refurbished somewhere in the 1990’s or 2000’s as it had a more modern cabin. You could see it was an older refurbishment compared to the LRC car on the previous trip as the seats where of a different model in a 2-2 configuration. The colours used also made the entire car look darker inside. 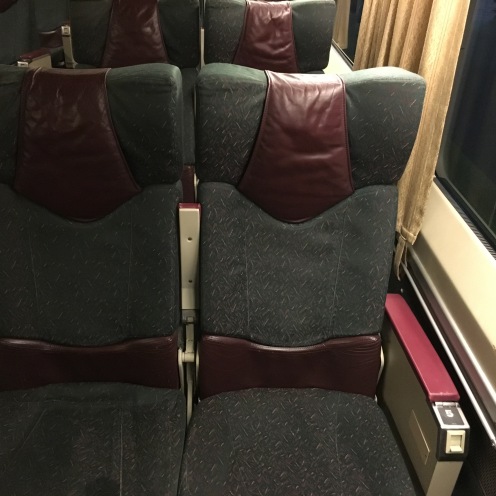 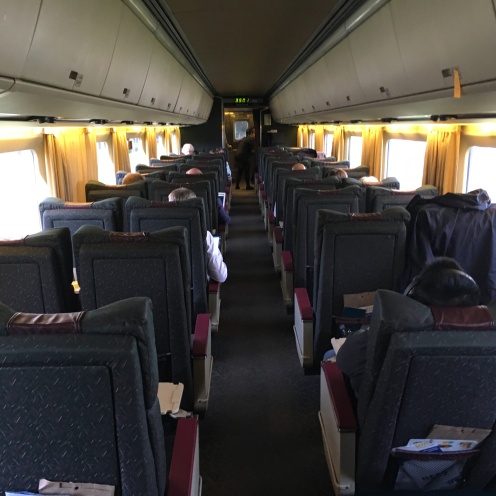 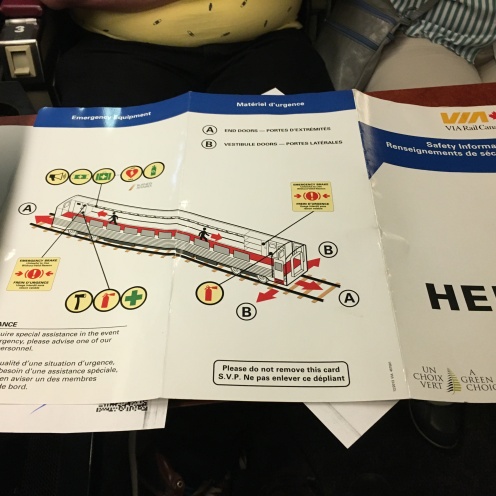 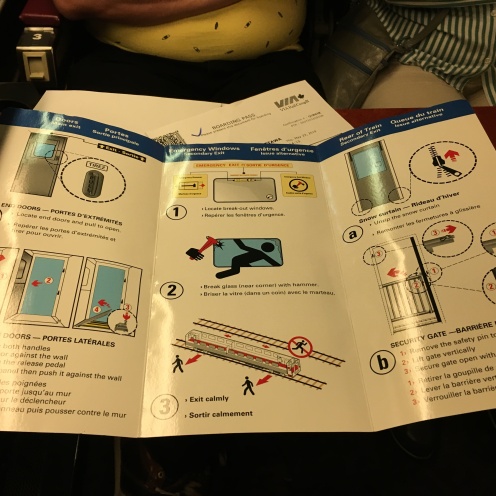 Once again we left on time and we took the same route in reverse in the direction of Montreal. A little after departure the crew came around for welcome drinks, again I opted for some tea. 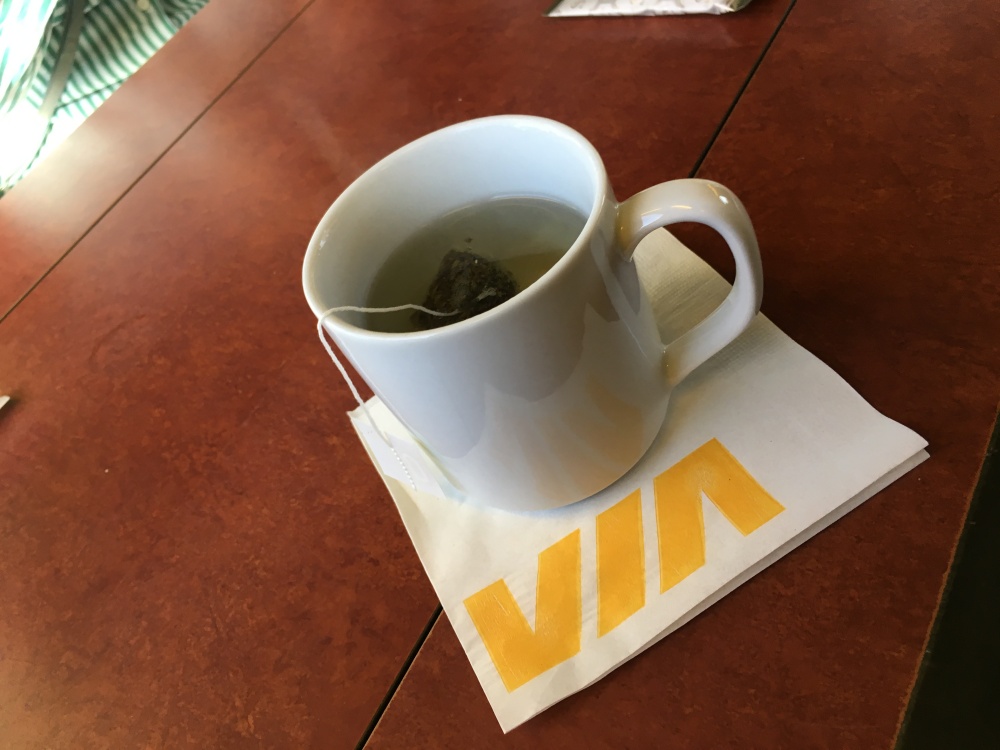 As the crew waited for some more passengers to embark, we were served a glass of orange juice after calling at Sainte-Foy. 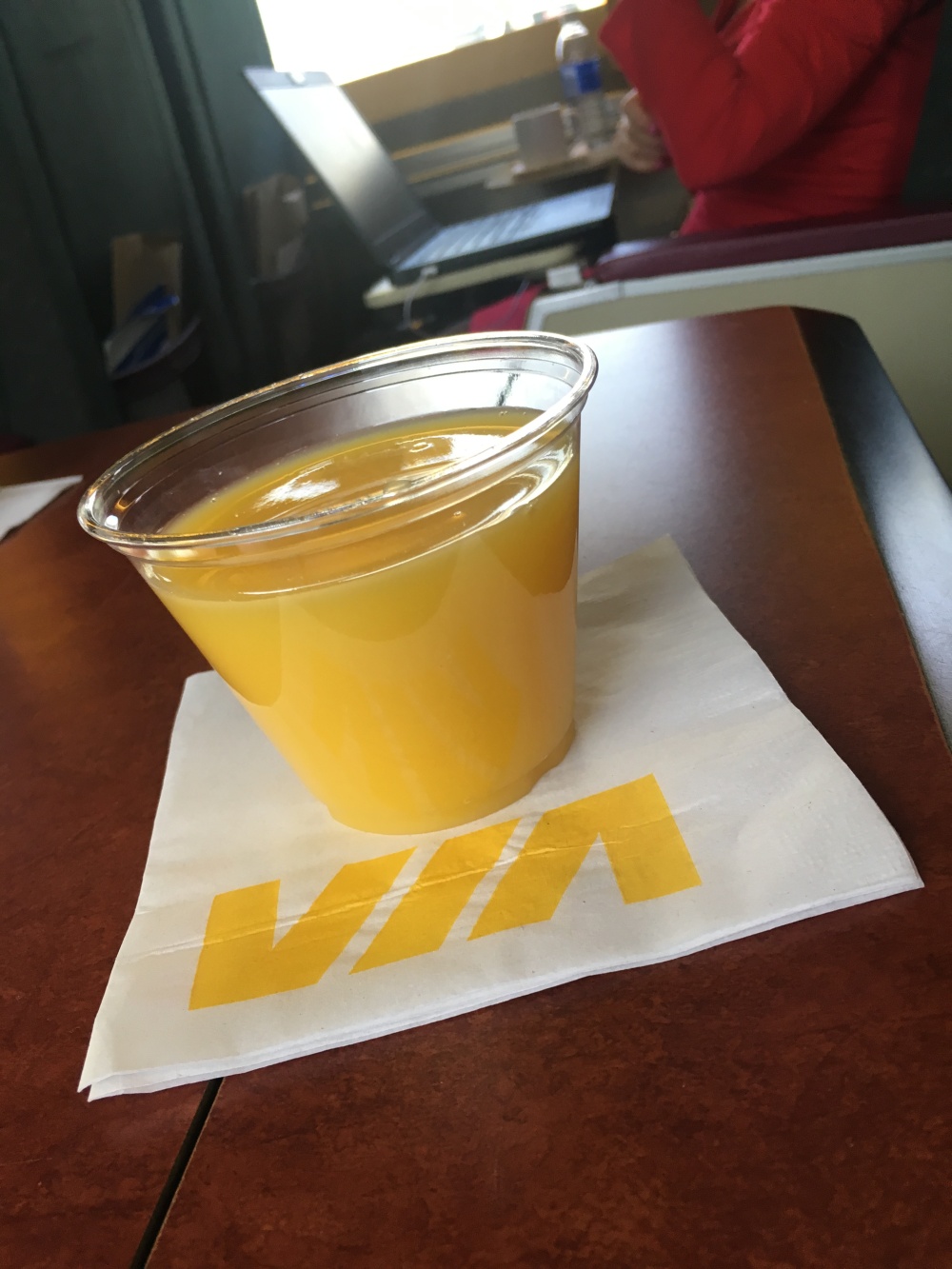 We passed through some forests where we could see some trains out in the wild, with a hot towel service following a bit later. 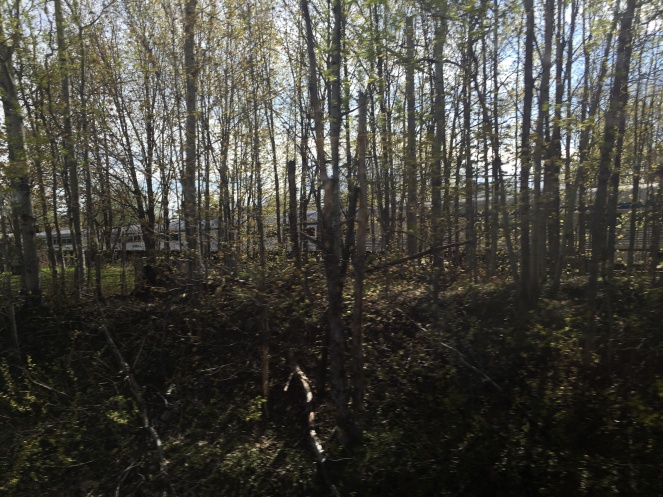 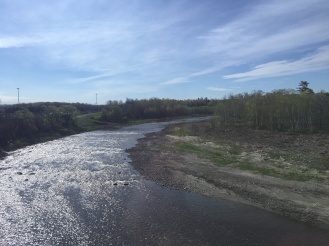 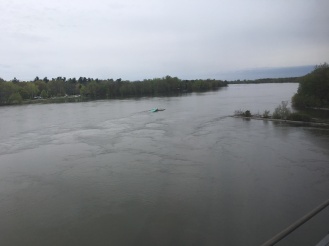 As we set off in the morning again we were served breakfast, with the same choice between hot and cold. I opted again for the hot option (because I liked it so much last time) but my mother and sister opted for the cold option.

The hot option was the eggs, bacon and banana bread. The cold option where some cereal with Greek yoghurt and a whole lot of fruit. Of course a choice of a hot croissant or bagel accompanied by cream cheese or jam was offered too. 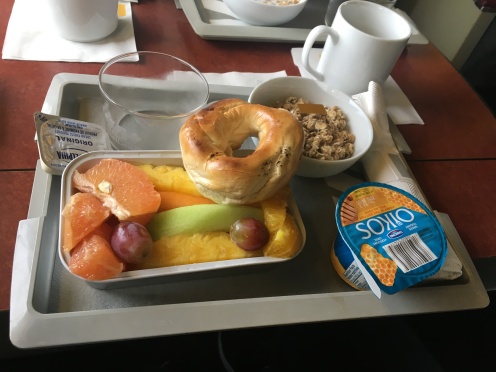 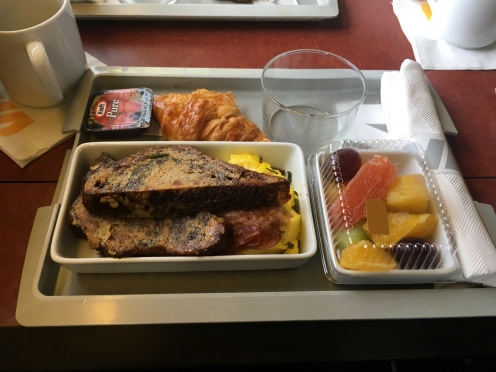 After the crew cleared away the empty trays, we were offered a small raspberry chocolate. 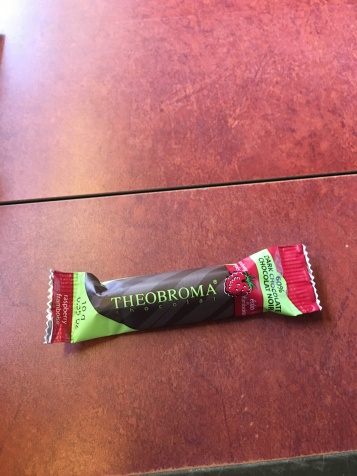 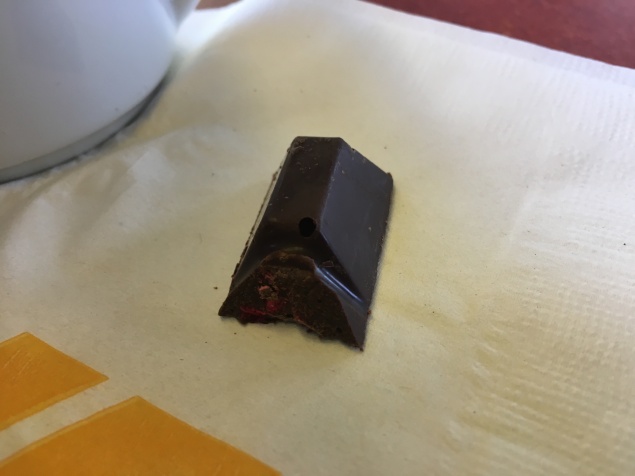 This coach also had two toilets at the far end, both in a strange hospital green colour scheme. 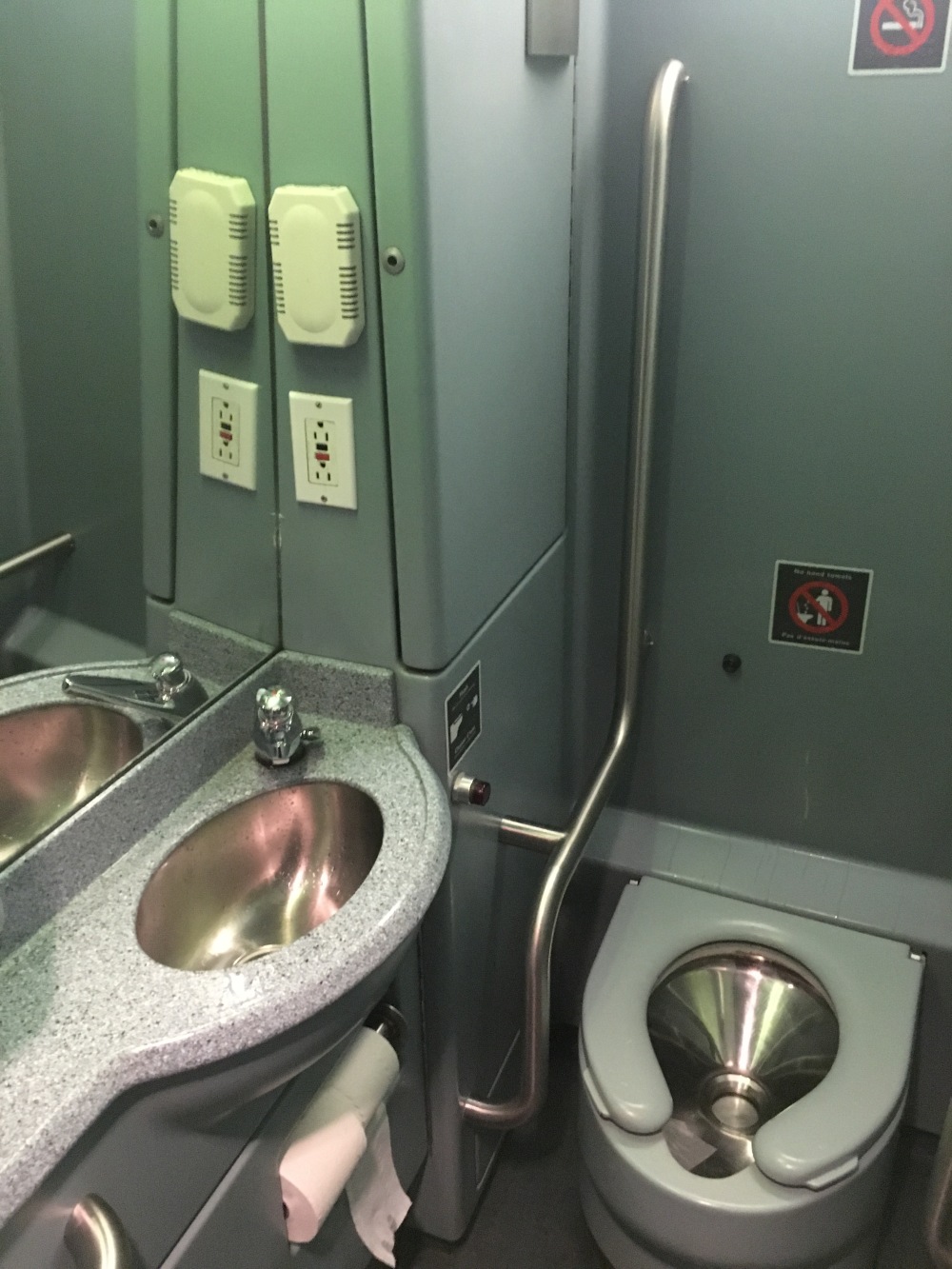 In Montreal the train had a long stop with a lot of people getting in and out. As Montreal is a terminus station we had to do a reversing manoeuvre again before heading onwards to Ottawa. As by now it had passed noon the welcome beverage included alcoholic drinks and I selected a gin-tonic. Along with the drink the crew served a pack of a snack mix. 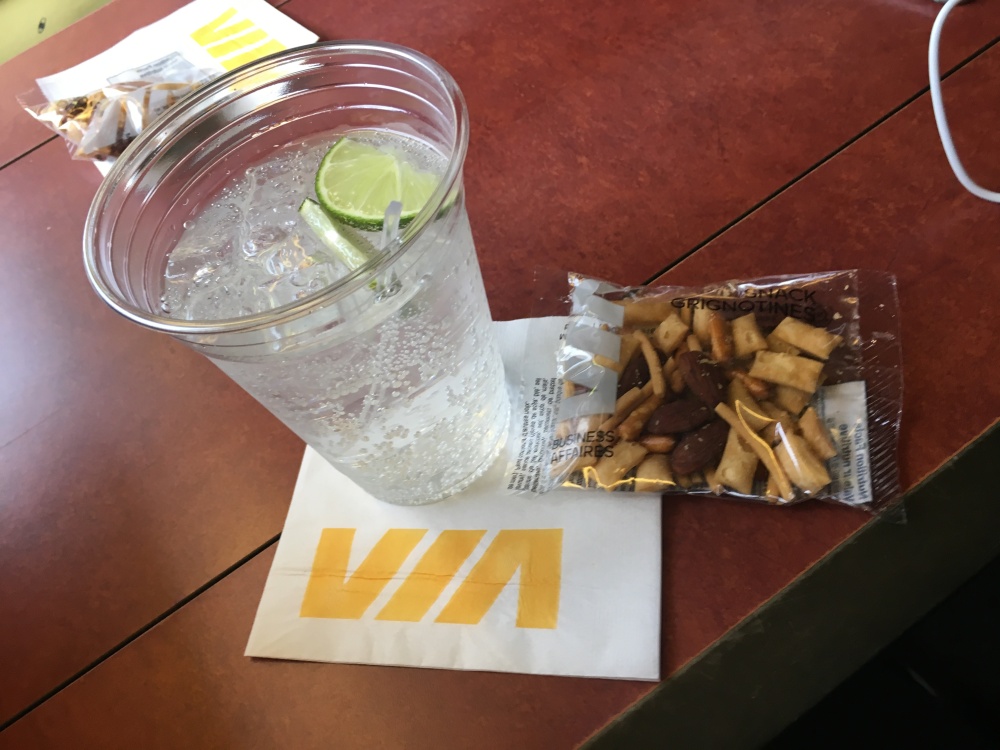 After another hot towel service, we were offered a lunch. We could choose between 2 hot (chicken or pasta) and 1 cold option.

While my parents and I opted for the hot parmesan crusted chicken with vegetables and rice, my sister went for the cold salmon with vegetables. Along with the choice of the main, both trays came with an appetizer salad a warm bread of choice of the bread basket, some butter and a pre-packaged cookie as a dessert.

Along with the meal some wine was served in the glass on the tray (I opted for white) and to conclude the meal afterwards the crew came around with coffee or tea. 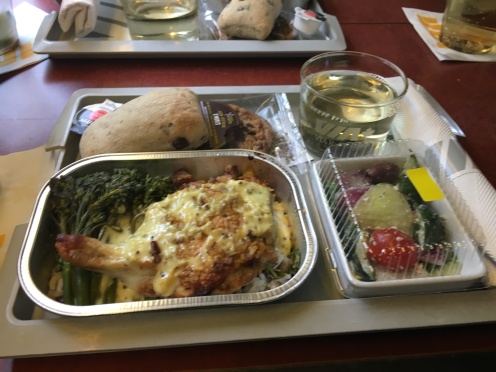 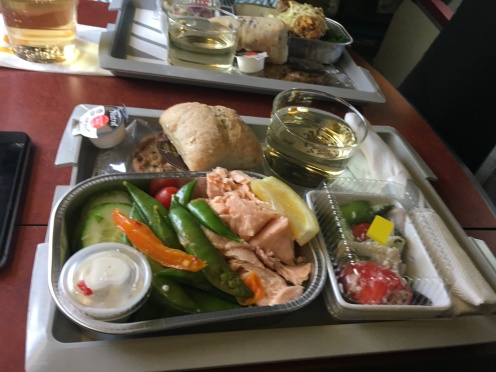 Eating and drinking on-board proved to be a challenge as the rails where quite wobbly and our drinks where spilling over all the time.

The scenery outside between Montreal and Ottawa was very boring, with flat fields all around. In Ottawa we arrived at the ‘new’ through railway station opened in 1966, replacing the city’s former more centrally located terminus station.

Getting to and from the station in Ottawa is always quite a trip due to its remote location, to get to our hotel in Gatineau we just used a taxi as that was the easiest with our baggage. 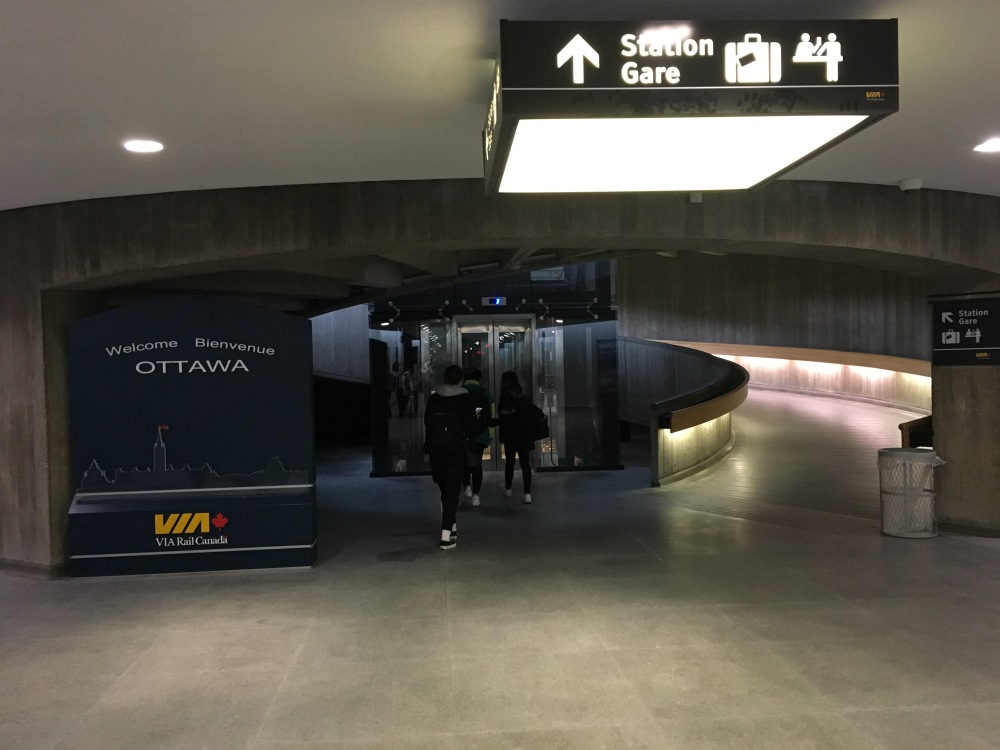 Once again we had a very enjoyable trip on VIA Rail, and the business class experience made the time fly by. They definably are a recommended choice to travel in the busy central regions of Canada.

What was your favourite train meal so far? Let us know in the Comments below!