After Florence and Venice, Steve and I embarked on our East Mediterranean cruise on board MSC Sinfonia. The cruise took us from Venice in Italy to Split in Croatia, Santorini and Mykonos in Greece, Dubrovnik, Ancona and back to Venice. 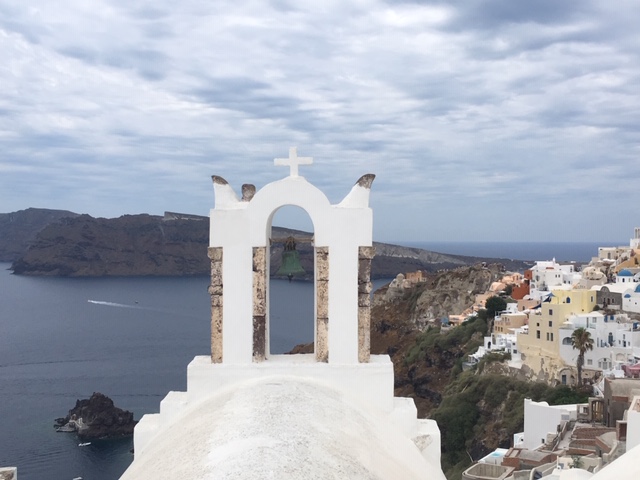 After Split and a sea day, Santorini was our second stop.

Santorini (Σαντορίνη), officially Thira (Θήρα) and classic Greek Thera, is an island in the southern Aegean Sea, about 200 km (120 mi) southeast of Greece’s mainland. It is the largest island of a small, circular archipelago, which bears the same name and is the remnant of a volcanic caldera.

The island was the site of one of the largest volcanic eruptions in recorded history: the Minoan eruption (sometimes called the Thera eruption), which occurred about 3,600 years ago at the height of the Minoan civilization.

The eruption left a large caldera surrounded by volcanic ash deposits hundreds of metres deep. It may have led indirectly to the collapse of the Minoan civilization on the island of Crete, 110 km (68 mi) to the south, through a gigantic tsunami.

Another popular theory holds that the Thera eruption is the source of the legend of Atlantis.

Steve and I booked a ‘Best of Santorini’ tour. That tour started with a visit to the Archeological Site of Akrotiri (Ακρωτήρι), which features excavations of Minoan city. As Steve is a teacher of classic Greek and I used to be his student in the olden days, we were very interested. 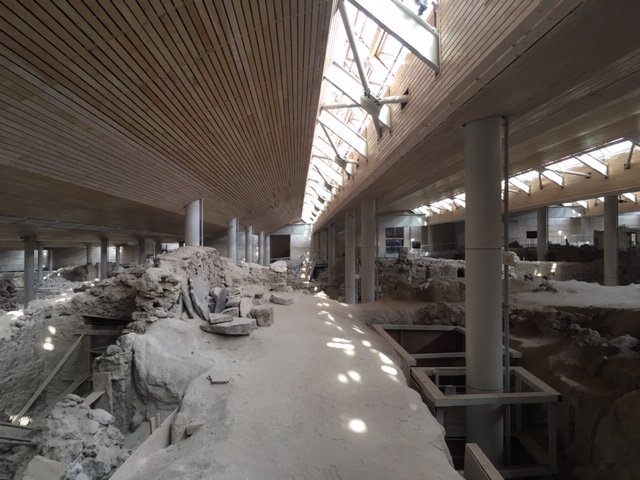 After Akrotiri and some wine tasting at 10AM (!) we went to Oia (Οία, pronounced E-ya). If one place is overtouristicated, it’s Oia. And apparently it’s worse in August than in July.

Everyone wants a photo of the three blue domes. A landmark and a cliché for Greece. The town is overrun by tourists and frankly, it’s not fun anymore. 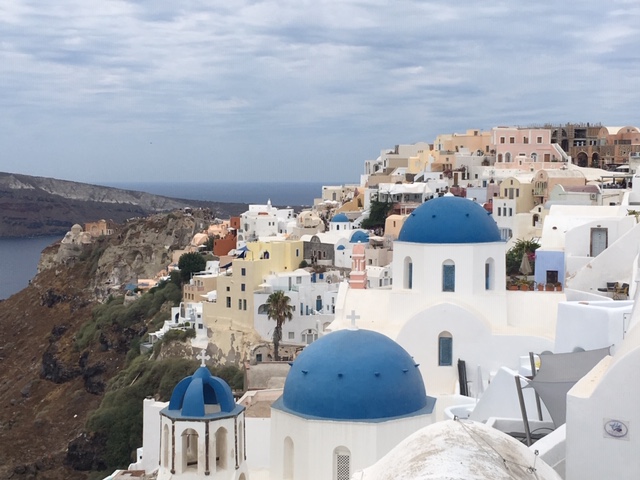 Next up was Firá (Φηρά), the capital of Santorini. Unfortunately we ran out of time and only had half an hour to see the church and the main (shopping) street. Ah well, we had a taste of Santorini.

We were really happy to have seen the island and we were lucky with our very good guides. But Santorini is crumbling under tourism. That is an issue. 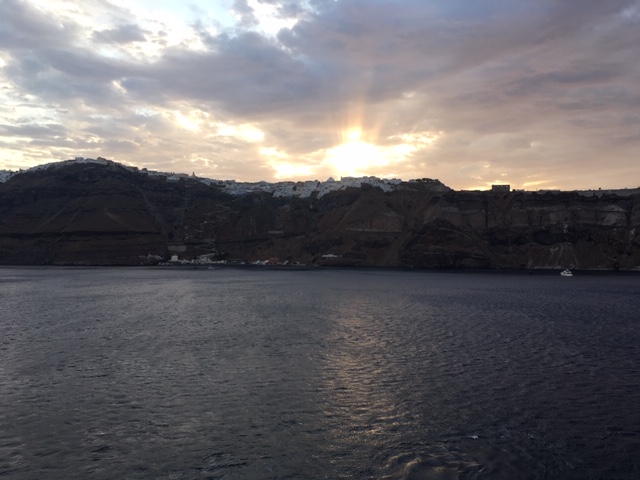 With the help of Wikitravel and Wikipedia.