Yes, night trains are not the cheapest way of travelling, especially not if you like to have a bed and your own shower and toilet, but they are a very comfortable option to arrive at your destination rested in the morning. Why are they so expensive compared to a normal train or even a budget airline?

To start, train fares are usually calculated by kilometer travelled thus the longer the trip the more expensive a trip gets. There are exceptions to this rule because they also have some cheaper promotional tickets but they are only available in a limited number.

Secondly, in an average international second class coach there are approximately 80 seats, so the cost of the coach is divided by 80.

A sleeper coach has a maximum capacity of 36 if all berths are occupied, yet most people only occupy a cabin with one or two persons instead of three so the coach is rarely ever at full capacity, meaning the cost of the coach has to be divided by 36 or less.

Operating a sleeper coach is also more expensive as it is needed to provide bed linen and towels, some toiletries and a car attendant to convert the cabins between day and night positions, keep the coach clean and quiet and deliver any food or beverages its occupants order.

Seated coaches also have the option to be used 24/7 while sleeper coaches can only be used for their overnight run and are stabled during the day.  As you can see the cost to operate a sleeper coach is much higher than a normal seated coach and square meters on a train are also very expensive as there is a limit to how long and wide a train can be.

How does the pricing system work?

The price of the trip onboard a Nightjet is divided into two components: the transport and the accommodation. 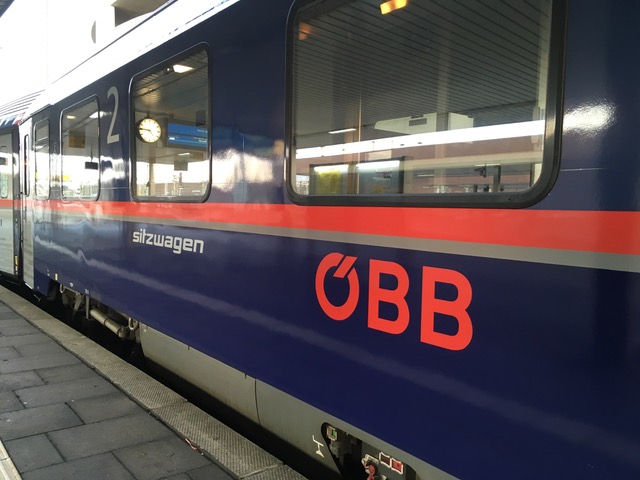 If you are happy with sitting up in a seat all night long, you are in luck as seating reservations are free on Nightjet trains. 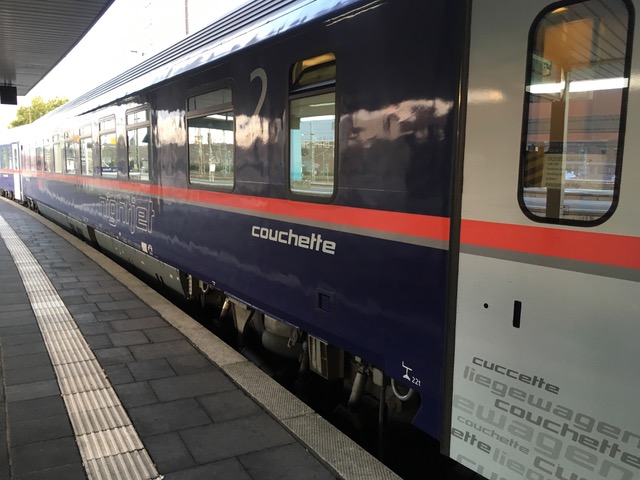 If however you would like to sleep, the next cheapest options are the couchettes.

It looks like a seated compartment coach with cabins of six seats (a total of 54 per coach) of which the seats can be converted into bunks to sleep on, three on each side of the cabin.

Women can book a women-only cabin if they prefer. The couchette surplus includes bed linen, a bottle of water and a small breakfast in the morning. 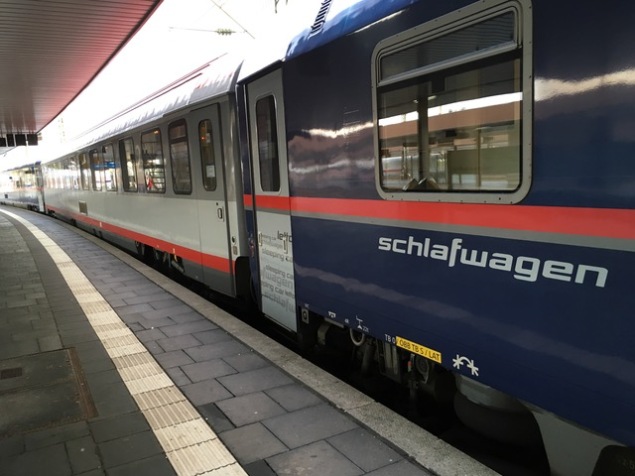 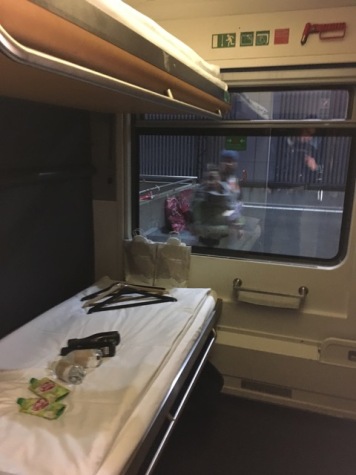 If you want the proper comfort experience you can book beds in the sleeper coach, the most comfortable travel option in the train.

Sleeper fares include a welcome package, linen, a big breakfast and access to the ÖBB first class lounges in Austrian stations before and after your trip. You have the basic sleeper cabins, which offer up to three beds and a private sink in the room.

If you book two beds in a shared three-bed cabin you pay €110 per person, if you prefer to book it as a private cabin just for you two it will cost you €130 per person. If you want the deluxe cabin with your private ‘bathroom’ including toilet, sink and shower you will pay €130 per person, while a private Deluxe compartment for two will set you back €150 per person.

Do note that if you select shared cabins in the sleeper coach you will be assigned cabins according to gender, so when travelling as a heterosexual couple make sure to book a private cabin if you do not want to be split up!

How does the Nightjet compare to flying?

The Nightjet is a good option to arrive in the morning well rested with its arrival time of 8.27 AM in the morning in Vienna, if you want to arrive or start your day at a similar time by plane you either have to fly the evening before and stay the night in a hotel or take an early morning flight.

If you stay the night in a hotel this will incur extra costs, if you fly in the morning itself you will not be very rested as you will be getting up very early to get to the airport in Brussels on time.

The first flight of the day departs Brussels at 6.55 AM in the morning, with an arrival of 8.40 AM in Vienna. You should be at the airport in Brussels at 5.00 AM, while upon arrival in Vienna you still have to make the journey from the airport to the city centre getting you there at about 9.30-10.00 AM.

The train at the other end lets you board at ease at 18.25 (6.25 PM) in Brussels allows you to enjoy some aperitif, a good nights sleep and a wake up at about 7.00-7.30 AM before being served a breakfast and enjoy a hot shower before your arrival into 8.27 AM in Vienna, as the train station is rather central you should be able to get to most places in Vienna before 9.00  AM.

In the comparing table below we make the assumption you will be travelling with two persons. The booking in the deluxe cabin will be compared to a flight in business class (by Brussels Airlines and Austrian Airlines) and the hotel will be a five-star hotel and a first class daytime rail journey.

All prices are calculated as two persons, if you want to know the price for one person just divide by two. Flights in economy are all without checked baggage included, so take into account potential bag fees (on the train you can take whatever you can carry) and additional transfer costs between the airport and the city centre.

In the end it all boils down to what your preferences are, and what you are willing to pay and cope with. In our opinion Nightjet offers a very good price to quality ratio, just look into it and try it out once before you put it away as too expensive or cumbersome.