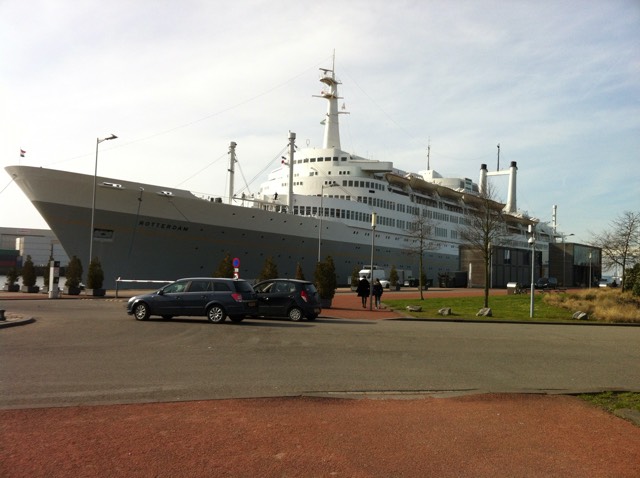 When in Rotterdam in The Netherlands, for instance for the Eurovision Song Contest, you should visit the SS Rotterdam. You can als stay there, as it is also a hotel.

Danny and I visited a couple of years ago.

The fifth SS Rotterdam, also known as ‘The Grande Dame’, is a former ocean liner and cruise ship, and has been a hotel ship since 2010. She was launched by Queen Juliana of the Netherlands in a gala ceremony on 13 September 1958, and was completed the following summer.

The SS Rotterdam was the last great Dutch ‘ship of state’, employing the finest artisans from the Netherlands in her construction and fitting out process. Her career spanned forty-one years. She sailed from 1959 until her final retirement in September 2000.