When the borders reopened in June, my good friend Michel proposed to go on a weekend break together. After some googling around we found a nice property in the Dutch province of Limburg to provide us with a stay in a unique setting and a gastronomic dinner.

The Chateau St. Gerlach where we spent the night is located near the city of Valkenburg. The first recorded history if the city dates back to 1041, with the name (Valkenburg could be translated as Falconbury in English) referring to the medieval sport of falconry and the nearby castle. Throughout the years the city underwent several different occupations and destructions, the one of 1637 destroying the castle and most of the city walls. The railway line between Maastricht and Aachen opened in 1853, connecting the city to the outside world and making it a tourist destination. In 1885 it was the first Dutch city having a tourism office.

Nowadays the city still is an important tourist hotspot with different attractions in the surrounding region catering to tourists. The city itself is divided into 2 by the river Geul, the southern part being the original medieval city with it’s quaint narrow streets and parochial church. Here you can also find some remains of the ancient city walls and some old city gates and most of the restaurants and bars. The northern part opposite the rover is newer and mostly contains the shopping area. Overlooking the city are the remains of the old castle. 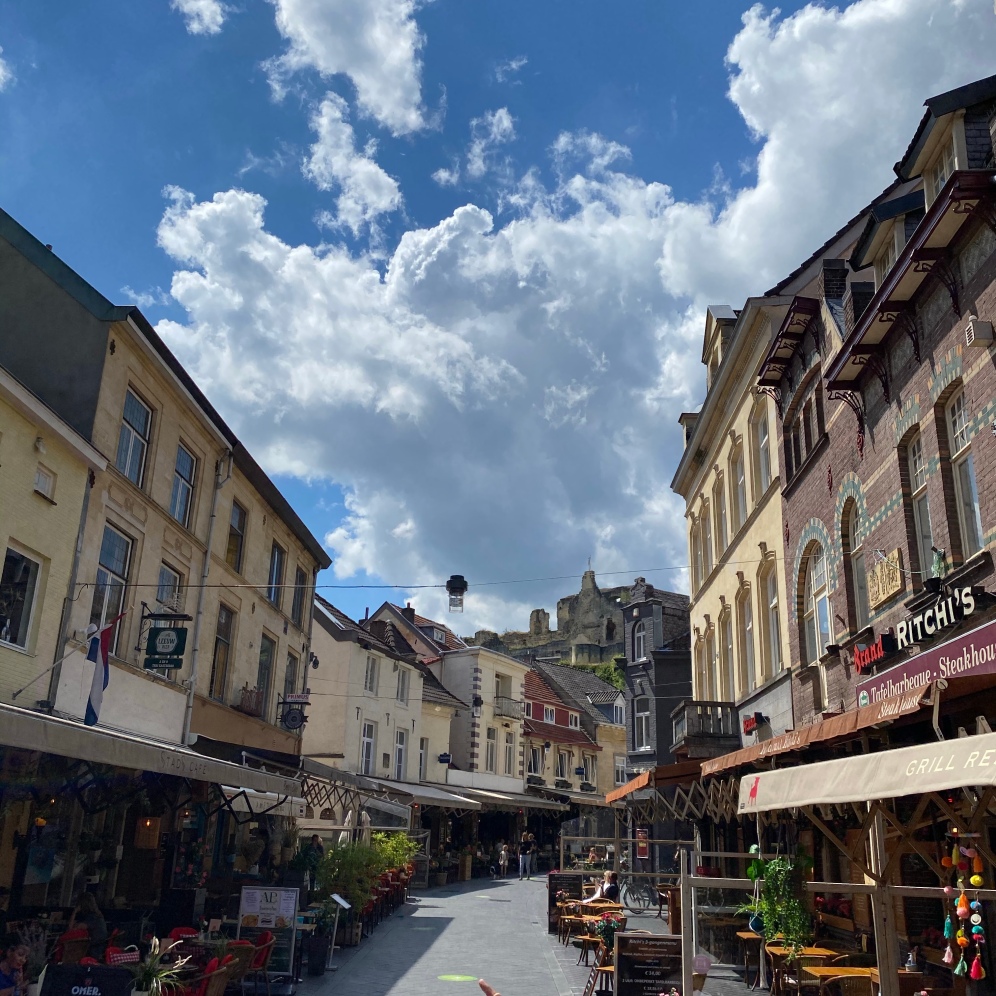 Valkenburg is a nice little town, perfect for a short stroll of a few hours whenever you are in the region.

Have you been to Valkenburg and what did you think of it? Let us know in the comments below!