To celebrate out regained freedom after the first COVID-19 lockdown, Timothy and I decided to visit Groningen. This city was already on our bucket list of places to visit for a long time. A common free weekend in July enabled us to go there and spend the night in a local hotel as the distance makes it too far to do for a day trip.

After searching around for a bit we stumbled upon the Prinsenhof, promising us a stay in a historical setting in the city centre with nice looking rooms and the possibility to have a gastronomic dinner in the on-site restaurant. Situated in the shadow of the famous Martini Tower, there was no better location in the city you could be.

The Prinsenhof has a rich history, it started off as a monastery church in 1436 and was owned by the Brothers of the Common Life. In 1569 it became the residence of the first bishop of Groningen and Drenthe. He deemed the building too small and had wings added. In 1576 the estate became the residence of governor Rennenberg, who rooted for the Spanish. When the city of Groningen surrendered to the army of Orange and Nassau the city was turned into the Governors’ domicile, hence the name Prinsenhof.

After extensive renovation in 1795 the building was turned into a court house, followed by a French military hospital in 1808 and constabulary barracks. From 1924 the building was neglected but in the 1930’s restoration started bit by bit. From 1945 to 2005 the broadcasting network RTV Noord was based in the complex. Eventually in 2012 the new hotel Prinsenhof opened its doors.

When you enter the complex through the main gate you will find a big entrance with a reception desk straight ahead, but this is for the restaurants. The hotel check in is located behind a smaller door on the right hand side. We were given a very warm welcome, as we were very early we were offered to stow our bags to discover the city and come back in for check-in later.

We returned later in the day after our city tour and where given the keys to our room, a superior room, located on the 1ste floor right above the Gardepoort which connects the Turftstraat to the Martinikerkhof.

The room itself was nice and spacious, decorated in a mix between classic and modern styles with some very nice and original touches, like the statue that Timothy fell heads over heels in love with. 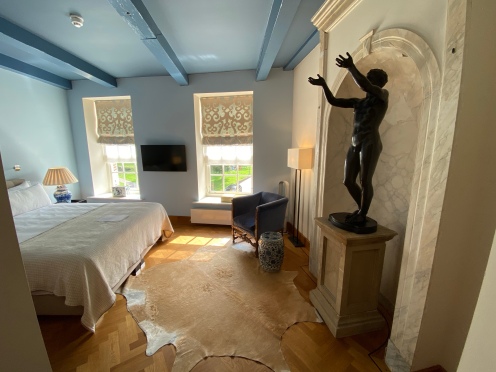 The bed and bedding was very nice and comfortable, with ample plugs to charge your necessary electronic devices on both sides of the bed. The desk was also big and comfortable to work on should you desire to do so. 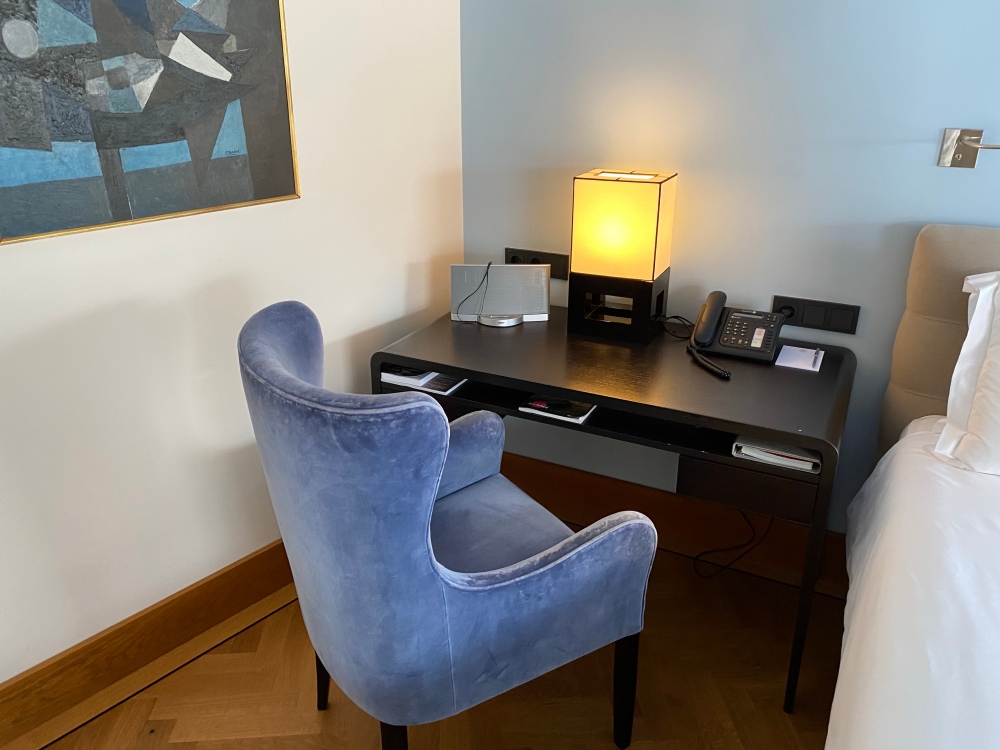 There where coffee and tea making facilities using a Nespresso machine and a complimentary minibar filled with water, coke, beer and wine.

The bathroom was located in the room next door connected to the bedroom using a narrow passageway but it did not feature a door to close off the space. The toilet luckily was in a separate room for noise and smell abatement procedures. 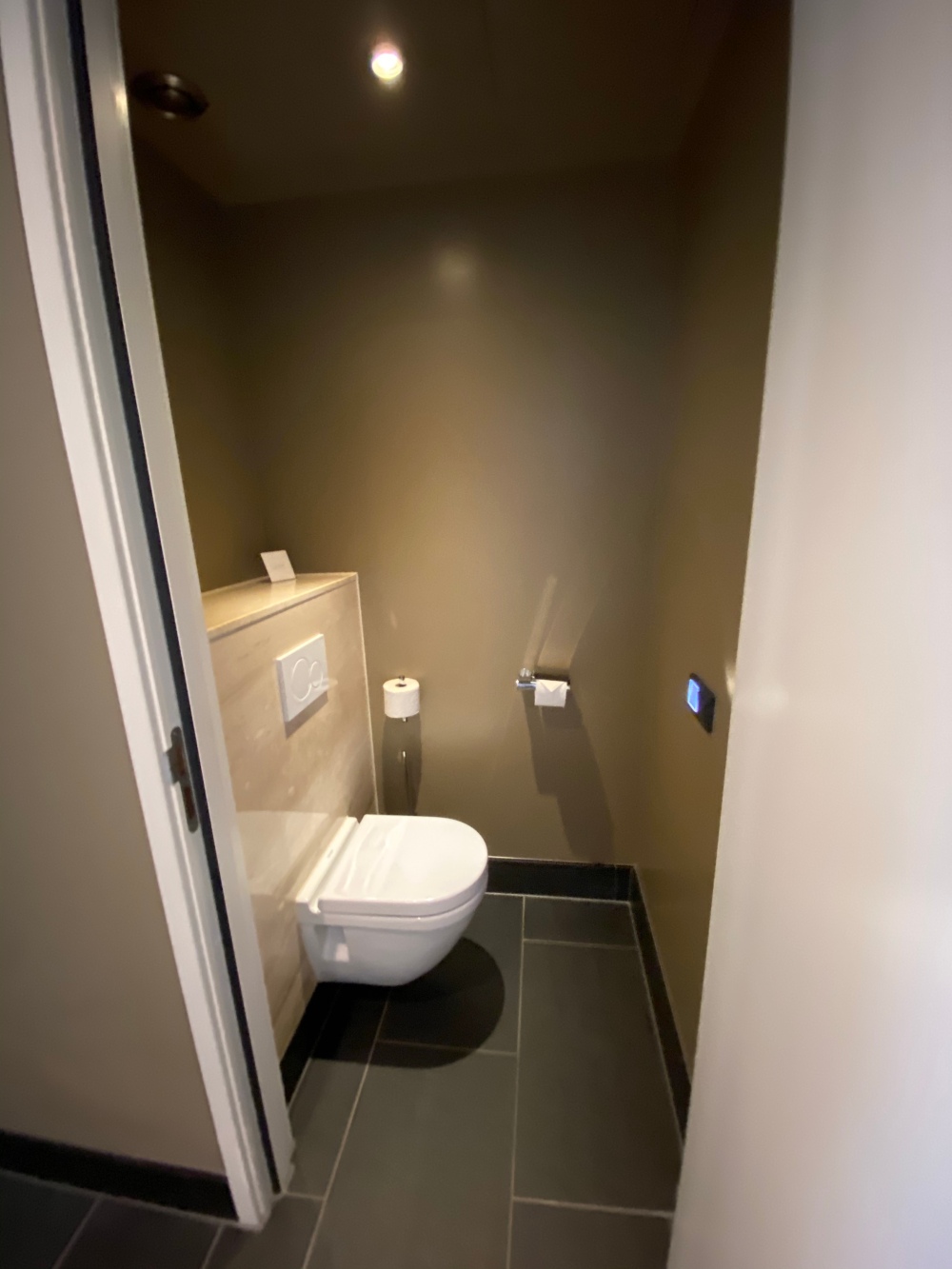 The bathroom featured a nice big sink and a huge walk-in shower, offering a panoramic view over the courtyard below should you desire so.

They used toiletries of Acqua di Parma which is a very nice smelling brand. Another gimmick they had was that they provided washcloths, a first in a hotel for me.

In the evening we enjoyed a multi-course gastronomic dinner, with a wine pairing. It was served in the Nassau restaurant in the back of the building overlooking the garden. 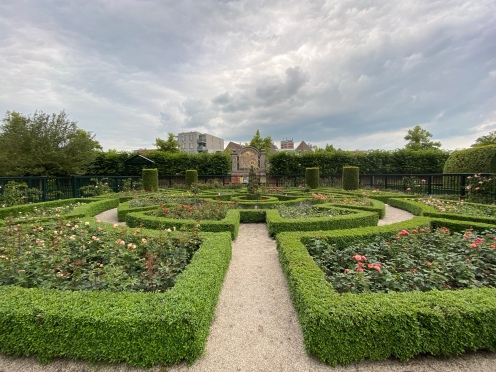 We first could enjoy our aperitif on a small table outside on the terrace in the garden before entering inside in the beautiful space to enjoy the main part of dinner. 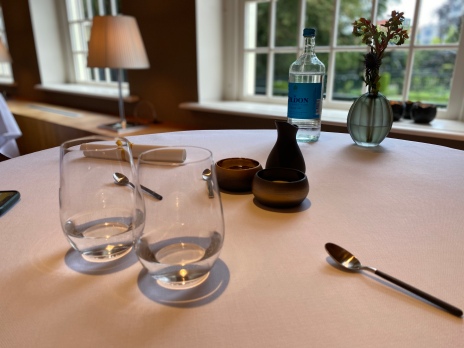 The entire experience was surprising, delicious and well-executed. 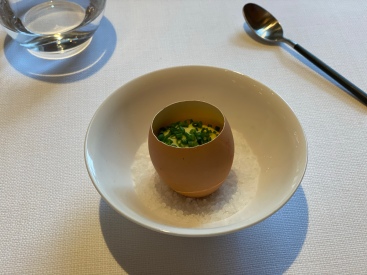 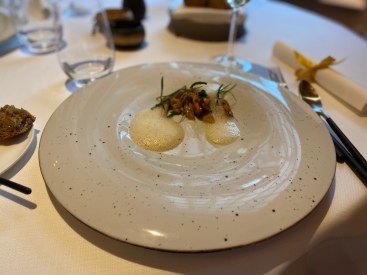 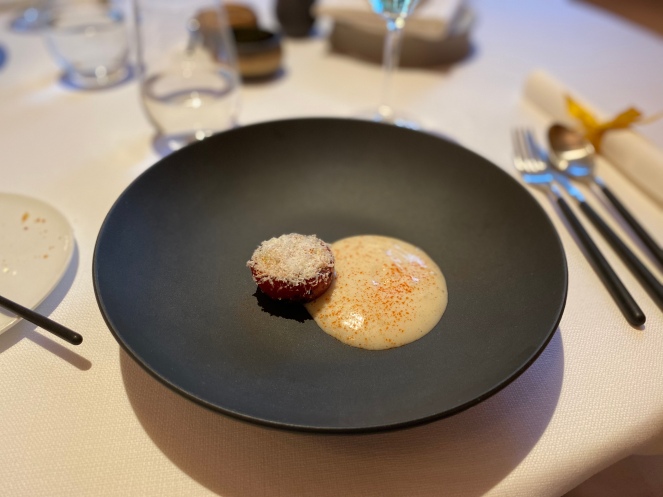 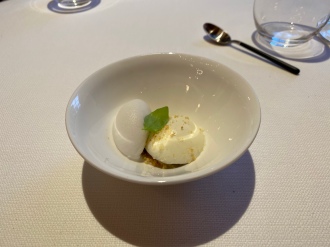 In the morning breakfast was served in the Grand Café, located in what used to be the old church, a magnificent space. Due to COVID-19 regulations the breakfast was served at the table instead of a buffet but it was beautifully presented and had a nice balance between savoury and sweet. All in all another well executed meal. 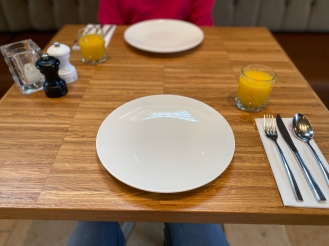 For the people desiring to work out the hotel has an agreement with a nearby fitness centre as it does not have any on site facilities. Due to the historic character of the building the rooms are not equipped with air-conditioning but instead feature some sort of cooling system able to cool down 5c against the outside temperature.

We had a splendid stay at the Prinsenhof and where absolutely charmed by both the city and the hotel. Both are hidden gems and a perfect destination for a weekend getaway. If you stay at the Prinsenhof we also recommend you to order the gastronomic multicourse dinner experience with wine paring, you will love it.

What was the most surprising nearby destination you discovered? Let us know in the comments below!