Danny wrote I had been lyrical about my Malta trip. I do have fond memories of the island. I went for five or six days in April 2016 as embedded journalist to cover the Mister Gay World 2016 contest.

Let me start with a cliché: Malta is a melting pot of cultures. Everyone has been there. The Greeks, the Phoenicians, the Carthaginians, the Romans, the Arabs, the Normans, the Spanish, the French, the Brits and now legions of tourists. The legacy of the Sovereign Military Hospitaller Order of Saint John of Jerusalem of Rhodes and of Malta is very palpable.

This melting pot is visible everywhere. The cuisine is Mediterranean with British, French and Italian influences, people clearly have British traditions and customs but also a ‘mañana’ attitude. Try pastizzi with ricotta or mushy peas. They’re only 50 eurocent.

Valetta is a beige medieval fortress harbour city with thick walls, elaborate palazzo’s and small street. It’s quaint. It looks like a movie set and Valetta and Malta are often used for historic productions. But it’s real.

I have a soft spot for geopolitical anomalies such as Malta and I indulged my fondness of official buildings, flags and coats of arms. 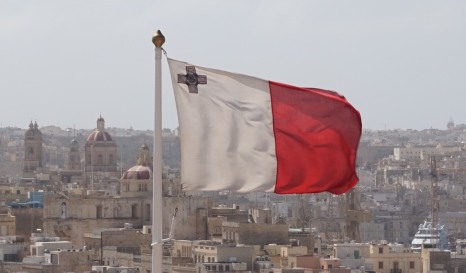 Another quaint city I visited was Mdina, with its inner medina. Imagine beige fortifications and narrow streets.

Saint Julian’s or San Ġiljan is the jetset part of Malta. A posh harbour, shopping and going out.

The main transport mode are busses. It’s cheap and easy. Bus drivers are champions navigating the narrow streets. Due to the elevation, you should hold on to your braces.

Definitely go to Malta for a couple of days. There’s sun, there’s history and culture, there’s good food, there’s cheap beer and it’s an alternative to Spain, France and Italy.

Also thank you Ben for hosting me and showing me around.

You can read my coverage of Mister Gay Flanders 2015 Skelte Willems‘ participation on ZiZo-Online.