Next to being a colleague at ZiZo, Thierry Hanan Scheers is also a travel journalist and blogger. I decided to sit down with Thierry Hanan to talk about travelling, blogging and audience.

Thierry Hanan used to work as a manager of cafés and bars and a sports centre before he had an epiphany. After two burn-outs and a walking trip to Santiago de Compostella in Spain, he decided to write professionally. In 2012 Thierry Hanan started Magnificent Earth.

Timothy: How do you choose your destinations?
Thierry Hanan: “I have a bucket list, which will take about twenty years to fulfill. I usually pay for these myself so I need to save money for these trips. Then there are press trips, visits to cities or regions organized by the tourism boards. There are alsothe deals with hotels I try to broker myself. I stay somewhere and in return they get stories, photos, videos.”

Timothy: How does it work?
Thierry Hanan: “Press trips and deals are hard work. They expect footage and coverage. You think we get hours to visit a museum, but it’s rarely more than half an hour. A city tour will be equally short. Tourism boards want to show the press as much as possible in a short periode. Two, maybe three days.”

Timothy: You also look for cheap deals?
Thierry Hanan: “It’s my third way of choosing a destination. I look on Skyscanner which destination is the cheapest in a particular period. And that’s where I’ll go. Another app for this is Momondo. I must say though that as a freelancer I’m very flexible for travel dates. I’m also not picky for accommodation. Even if I do appreciatie high end hotels, I don’t mind staying in hostels or go camping.”

Timothy: Have you always been a traveller?
Thierry Hanan: “As pigeon fanciers, my parents didn’t have the time to travel. So we never went far away. When I turned 16 I took the plane to Mallorca.” 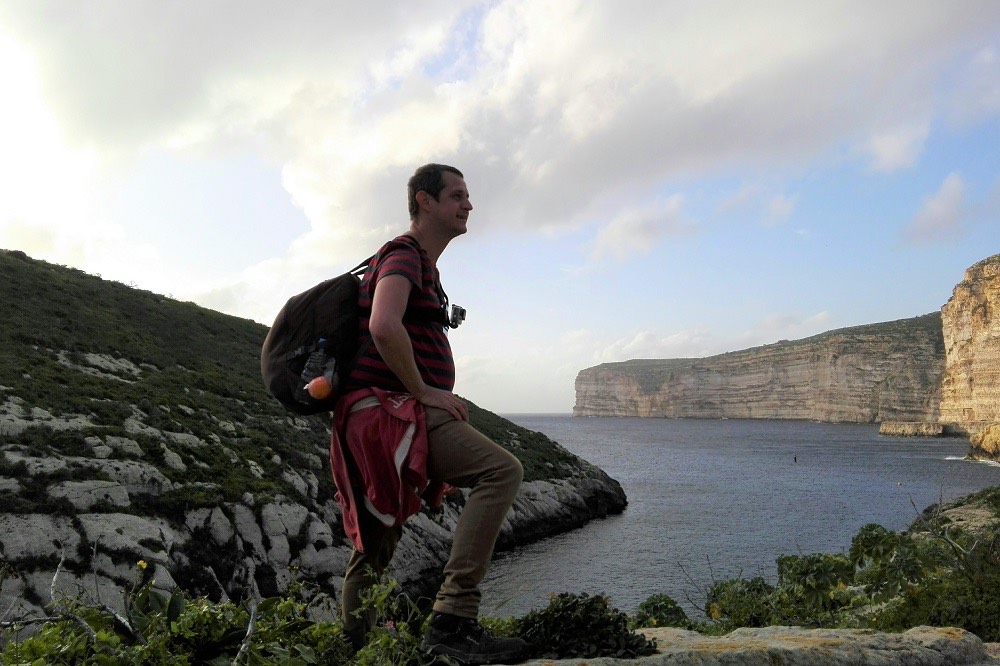 The time is now

Timothy: Travelling was so different
Thierry Hanan: “It was much more expensive. Travelling now is cheap. I’m going to Indonesia to my partner this Summer and I paid 400 euros for a return flight. The first time, six years ago, I paid 1200 euros.”

Timothy: How did you start Magnificent Earth?
Thierry Hanan: “In the beginning Magnificent Earth had more general tourism content and was in Dutch. About 30% of my audience comes from Belgium, followed by the United States. I could see people used Google Translate so I decided to switch to English. Once in a while I still blog in Dutch.”

Timothy: You’re very active on social media.
Thierry Hanan: “Most people reach my blog via Twitter, Instagram and Pinterest. I started to focus on Instagram and grew from 500 to 3000 followers in one year. Once you reach 10.000, you can add links in your stories.”

Timothy: How often do you blog?
Thierry Hanan: “I’m active on daily basis on the blog, but I try to post something new every week. I’m also translating Dutch posts.”

Timothy: tell me about your bucket list. Where do you want to go?
Thierry Hanan: “Taiwan, Peru, Cyprus, Iceland in the Summer, Darwin in Australia, Thailand and the Philippines. I often travel to Indonesia. Last year I went to the Maldives, which was on the bucket list. I would also really like to go to St. Helena, but the newly built airport was closed immediately due to the winds. So you can only reach it by ship.”

Timothy: How were the Maldives?
Thierry Hanan: “The Maldives have become much more affordable, because you’re now allowed to mingle with the local population and locals can start guesthouses. They are really nice. So it only cost me 1300 euro for ten days. The Maldives are all about water. So you must love water.”

Timothy: Some of your destinations criminalize gay sex or use other laws to prosecute LGBT’s. Is this a factor when you travel?
Thierry Hanan: “No. I won’t stay away from a country because of laws used against LGBT’s. I will just maybe not tell my partner is a man.”