Last ime we talked about the long distance and transcontinental trains ofthe American rail operator  Amtrak. Today we discuss the Amtrak trains operating on shorter distances, the so called ‘corridor’ services. These services are also more influenced and sometimes even funded by the local states, so their services can differ.

The first corridor route we travelled was the Capitol Corridor, this is a train route located in Northern California. Running from San Jose along the San Francisco bay up to the state capital Sacramento with some trains even going as far as Auburn. When we travelled from Emeryville (near San Francisco) to Sacramento (to visit the state capitol) we saw a lot of commuters, even with bikes, getting on and off at each stop. As this line uses bi-level cars with the bottom level being at the (low-level) platform height, loading and unloading bikes and strollers is very easy. The top level is where you have seating and can walk through the entire train. Each trainset consists of a diesel locomotive, a number of bi-level coaches, a café in on one of the upper levels and a cab car at the opposite end. The service pattern is with an almost hourly service very frequent for US-standards. As these services do not require reservations, you can just hop on and look for a seat you like, the conductors will come and check tickets after every stop and place seat checks to know who they have checked and when they should come to remind you to get off at your stop.

The second corridor route we travelled on, was the Amtrak Cascades running along the North Pacific coast from Vancouver in British Columbia (Canada) all the way via Everett and Seattle in Washington down to Portland and Eugene in Oregon. This route uses some of the most modern equipment in the USA, Spanish designed Talgo trains with a loco at one end and a cab car at the other end for push-pull operations.  On-board you have coach class cars with leather seats in a 2-2 configuration, business class cars with a 2-1 configuration and a bar, where you have a different menu with healthier and locally sourced foods contrary to the standard Amtrak bar service on other trains. While these Talgo trains are typically used for high-speed train services up to 350 kilometres per hour across the globe, the bad state of US tracks means you will be travelling at much slower speeds and able to see much of the beautiful landscape.  Contrary to most other corridor trains, here you do get a seat assigned at check-in and you can check-in your big and bulky bags so you don’t have to take them with you in the train. When leaving from Vancouver make sure you got to the station with plenty of time to spare, as immigration and customs checks for exiting Canada and entering the USA are already performed at the station before boarding the train. 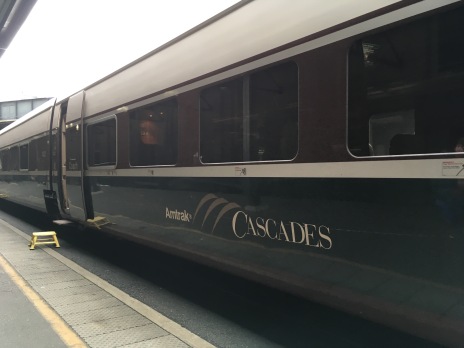 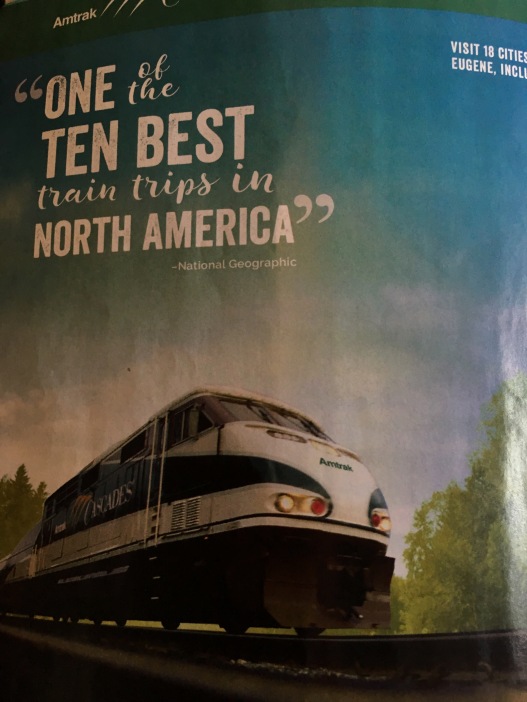 On my trip along the USA East Coast to visit New York, Philadelphia and Washington DC, I made used of the services on the most important rail route of the USA, The Northeast Corridor. This is the only electrified “high-speed” mainline in the USA running from Boston in Massachusetts down to the nation’s capital of Washington DC, serving the cities of New York and Philadelphia along the way. While on this line you also have the “fast” and expensive flagship Acela Express trains, we opted to use the slower and cheaper Northeast Regional service. These trains are composed of a Siemens Amtrak Cities Sprinter electric locomotive (derivate from the Siemens Eurosprinter locomotives like the OBB Taurus and NMBS/SNCB type 18) pulling some old Amtrak Amfleet coaches at speeds up to 201 kilometres per hour. While the coaches might be old, built in the mid-1970s, they have been well maintained and have some very comfortable reclining seats in both Coach and Business class, free WiFi, power plugs along the windows and a bar car. It is a fast, reliable and convenient way to travel in between the major cities along the northeast corridor. 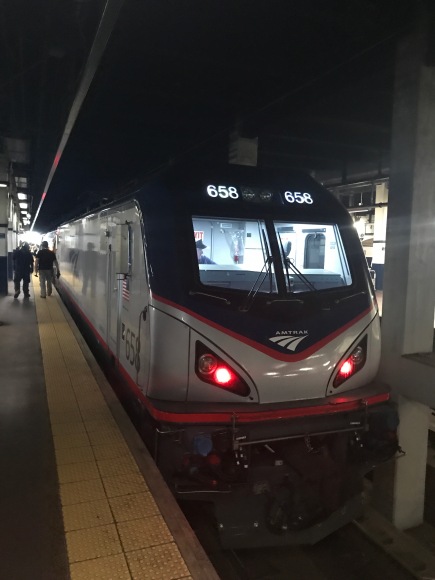 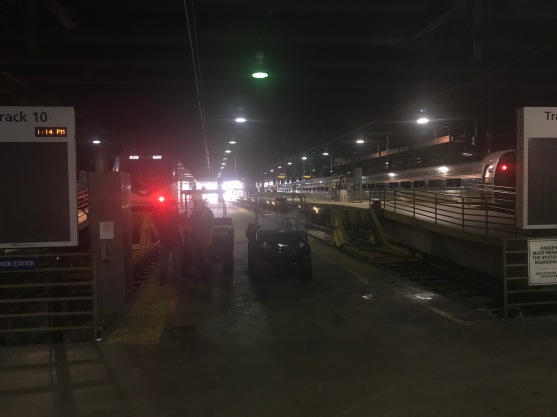