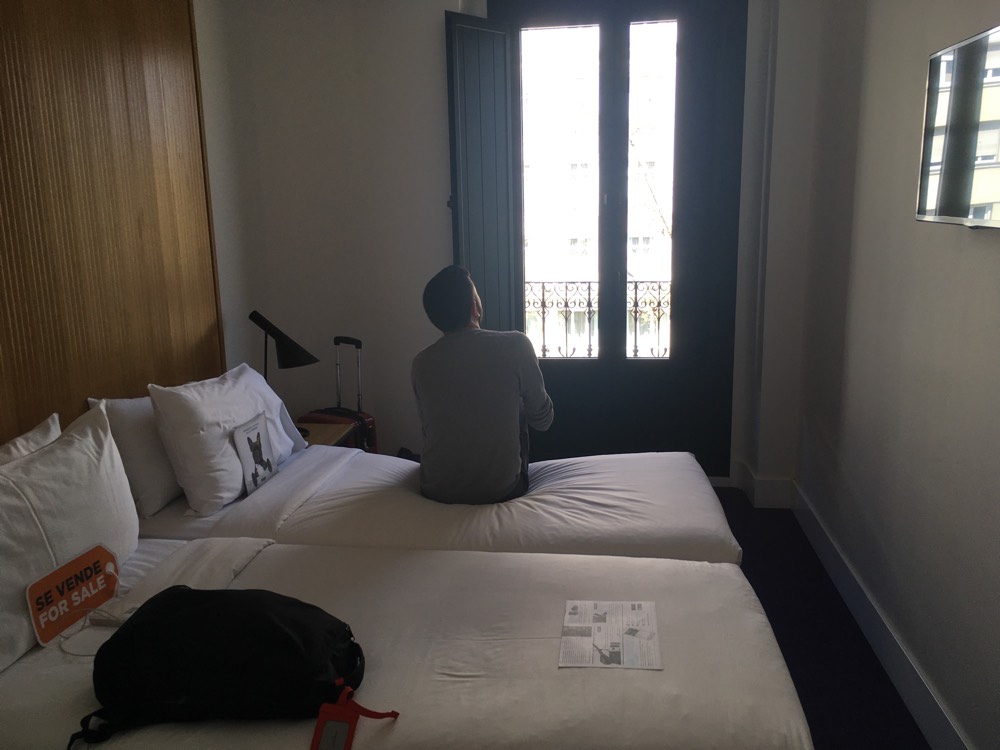 Surprise! I don’t always choose an expensive five-star hotel. On holiday in Madrid with Tim, I stayed at Sleep’n Atocha (Doctor Drumen 4). As you can guess, it’s near Madrid Puerta de Atocha railway station.

We chose Sleep’n Atocha for two reasons: the price and its location. We payed 570,68 euros via Booking.com for four nights in April. That’s 142,67 per night for the room. Not mega cheap for a two-star hotel, but cheaper than alternatives.

Also, it’s very nicely located. Near the station and even nearer the Museo Nacional Centro de Arte Reina Sofía. It’s also just about half an hour walking distance of all the fun. Madrid is a very walkable city. As matter of fact, we only used the metro coming from the airport.

The room was 15 m² or 161.45 square feet. It had two separate beds, a bathroom with toilet and shower, a little des, a television and a safe. The washbasin was outside bathroom, which is clever as it allows multitasking.

The room had also a balcony.

The mattresses were soft, perhaps too soft. The little desk was very little indeed and the safe was position just underneath. Not practical for legroom. 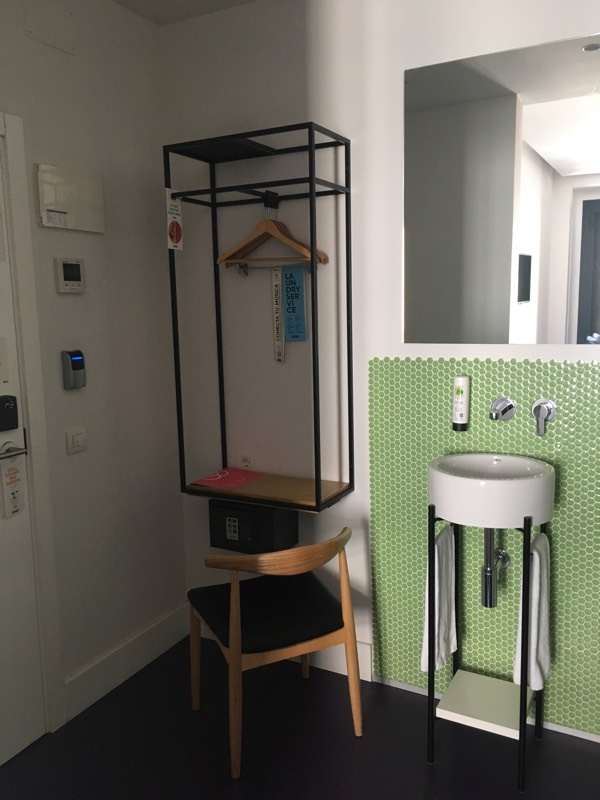 We did not have breakfast in the hotel.

Not really, no. You have to pay to have your luggage stored before check-in or after check-out.

WiFi was easy: just login and password as in any home. More hotels should have this simple system. The WiFi was decent enough.

You need the room key card to keep power on. You can’t cheat using another card.

We were happy enough. I could compare it to the flight to Madrid. No thrills, not great, but not bad at all. Decent, no more no less.