Even though the name of the Novotel Katowice Centrum makes it sound like it is located in the centre, it is actually located right outside the centre behind the University and along the a main road opposite the Silesian museum. This location is ideal of you are travelling by car, but when you come by train like us, it is a 20 minutes’ walk across town. Luckily the main attraction of Katowice, the Silesian Museum is right next door. The hotel itself looks and feels very socialist era like, and in fact it is, it used to be the Orbis Katowice (Orbis was the hotel and travel agency of the former communist Poland). They also had a gimmick in that they decorated one elevator into a forest theme and played a tape of birds chirping in the background

As the hotel was not originally built as a Novotel, you don’t get your standard Novotel room in here, but a smaller (in our case twin bedded) room, with a small bathroom featuring a shower cabin and some pretty 1990’s tiling. At least they provided small toiletries in the bathroom. The entire room feels more like an Ibis than a Novotel, but is perfectly adequate for a night, providing air-conditioning, coffee and tea facilities, complimentary water bottles, a good working WiFi and just a lack of conveniently placed power plugs. 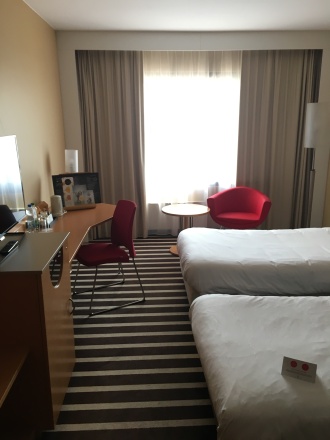 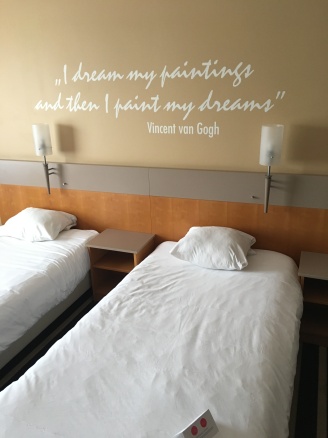 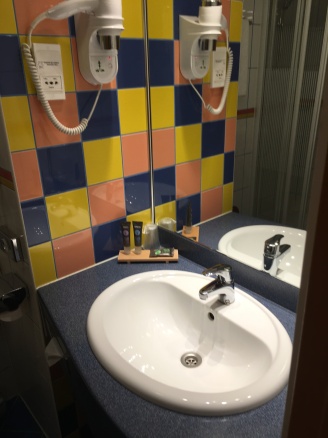 The pool, spa and fitness area

On the ground level there is a decent sized pool, with some loungers alongside. There was also an unfortunately empty Jacuzzi which looked like it had been out of service for quite a while, 2 sauna cabins and some fitness equipment crammed in a corner. If you wished you could also book a massage. 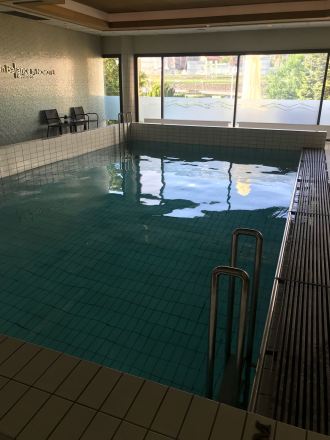 As the hotel was a bit out of the city centre and we were a bit tired after walking around in the heat (+- 26c outside all day), we opted to enjoy dinner in the restaurant. The Restaurant area alongside the reception area had recently been refurbished in the new Novotel look and looked very contemporary and inviting, hopefully they will refurbish the rooms in the same style. As there was a special about Polish Beef we ordered a 400g steak with fries which came with a complimentary glass of wine and ordered a delicious slice of apple pie to finish the meal, all this without breaking the bank as we only paid about €25 for our entire meal per person. 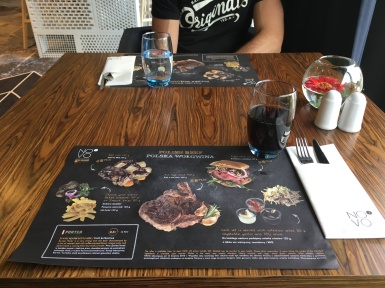 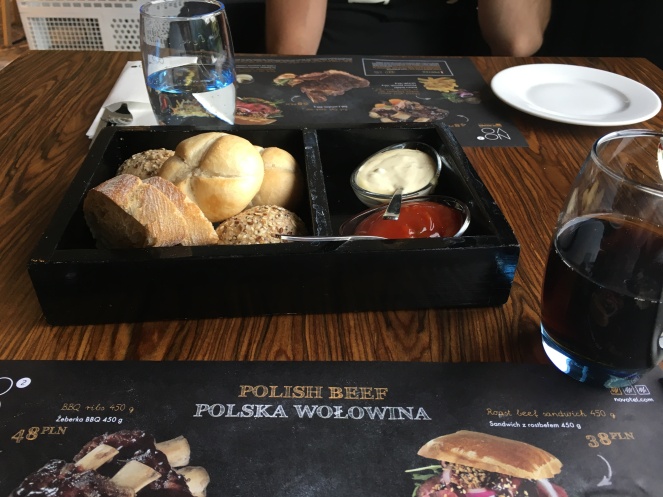 In the morning breakfast was served in the same restaurant area, using a buffet setup. In there we could find the typical hot and cold breakfast items you expect as well as a typical Polish steamed bun. The quantity and quality of food was what you would expect from a Novotel.

Even though the hotel could do with some updating here and there it offered a very solid product, especially as we booked our night and breakfast for about €50 for 2 persons, which makes it an almost unbeatable offer.