While in Tel Aviv, it’s very easy to arrange a day-trip to Jerusalem. On Saturday I booked a guided tour. This meant I had to be at Jaffa Gate in Jerusalem at 11AM.

Most people recommend taking a bus from Tel Aviv to Jerusalem. Most people would take a bus. But I’m not most people. I am a train guard (or train conductor, for you American English speakers). So, noblesse oblige, I took a train.

Due to engineering works there’s not direct link between Tel Aviv-HaShalom railway station and Jerusalem. Also, there’s no ‘central station’ in Jerusalem, which means you can choose between the intriguing sounding Jerusalem-Biblical Zoo or Jerusalem-Malha. I chose the latter.

So my journey started at HaShalom. As with shopping malls, there’s a security check first. Then I bought a ticket to Jerusalem. It was 20 shekels, approximately 5 euros one way. Oddly, I couldn’t buy a return ticket. What is that about, Israel Railways?

By the way. I went to explore the Tel Aviv-Savidor Center railway station on Saturday. It was closed due to the sabbath. No trains on the sabbath. 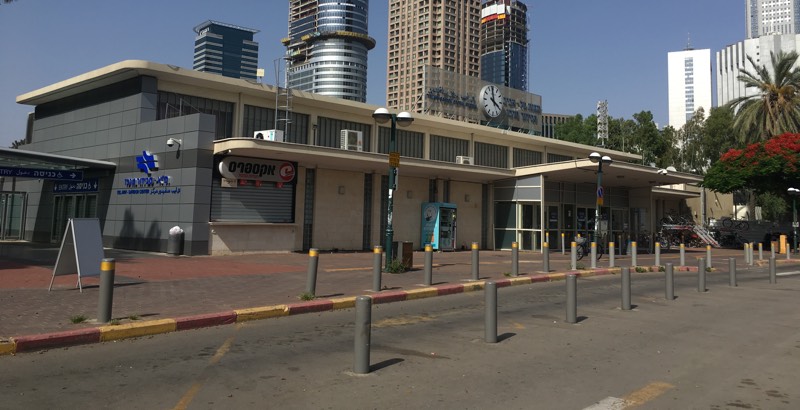 Anyway. Due to the works I had to take two trains. First the 505, 7.51AM service took me to Bet Shemesh, where the 557 would take me to Jerusalem. I was lucky to get different train times. The 505 was operated with Bombardier double-deck coaches painted in a red and white livery, like the Deutsche Bahn. Is it me or is a bit peculiar for an Israeli railway company to chose a German inspired livery?

The 557 was operated with Danish ABB Scandia IC3 DMU trains, which reminds Belgian train users to the AM96 / MS96 ‘DMT’ used by the NMBS / SNCB.

There’s no first class in Israeli trains. Booh. Fortunately it was not crowded at all.

The route between Bet Shemesh and Jerusalem is very scenic, winding through valleys and hills, bordering the Palestinian Territory. I did not regret all using the train.

The return journey was the sale, but in opposite direction. I used trains 572 and 526.

Of course I visited the historic center. Jerusalem is one of those epicenters of history, like Athens in Greece or Rome in Italy. 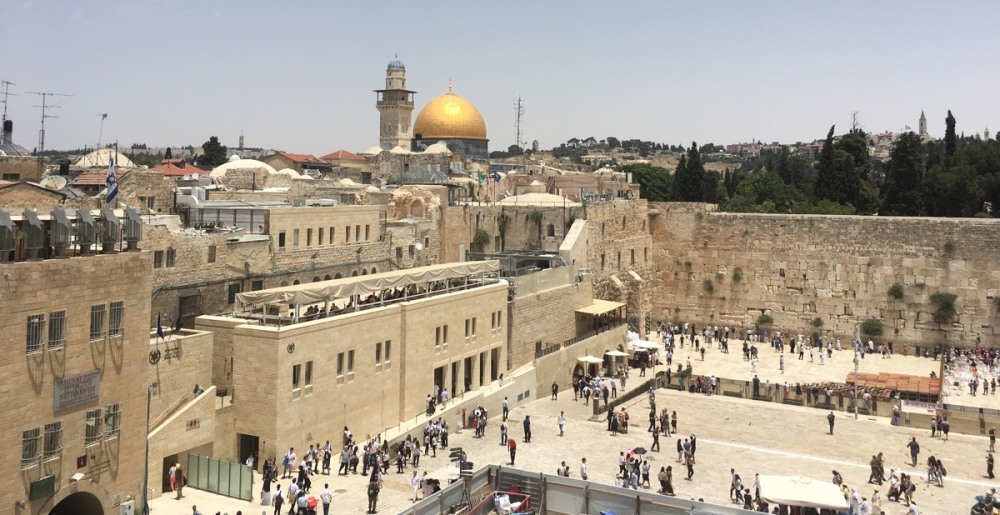 To make life easy, I took the 30 euros, four hour ‘Holy City Tour‘ by Sandeman’s New Europe. I took one of their free tours in Jaffa a day earlier. The Holy City Tour was comprehensive. We saw many churches, including the Church of the Holy Sepulchre and of course the Western Wall or Wailing Wall of the Second Jewish Temple and the Via Dolorosa. The Al-Aqsa Mosque was closed for tourists due to the Ramadan.

I felt I saw what I had to see in Jerusalem so I journeyed back to Tel Aviv. 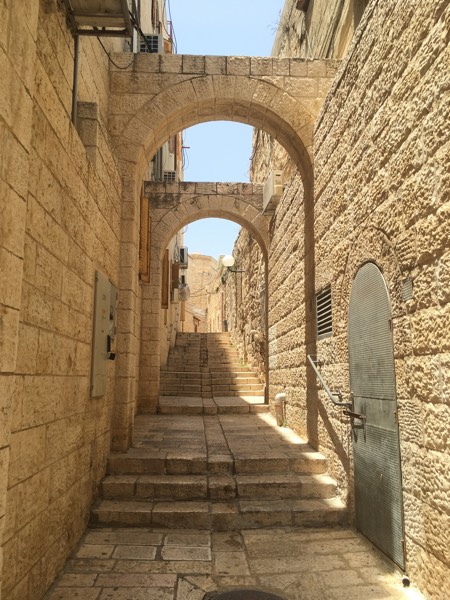