Go to Carcassonne, they said, you´ll like it, it´s beautiful they said, so I did. We left Montpellier at 9:00 with a TGV bound for Toulouse, this one was operated by a freshly rebranded Inoui set. Inoui is the new brand SNCF is introducing to replace the well-known TGV brand, a lot of critics think it is a bad idea to throw away a household name for something that is not as easy to pronounce in different languages and can easily be changed into “ennuie” when you want to mock the train. The rebranding is not much more than a new lick of paint and some freshly upholstered seats, so it’s not that much of a change. The route took us over the same route as I travelled on from Toulouse via Narbonne to Montpellier, so not much news to report.

Upon arrival in Carcassonne we first had to cross the Canal du Midi, a very well-known scenic canal running from Toulouse to the Mediterranean Sea at Sète. Nowadays this canal is mostly used for pleasure trips with private boats to enjoy the scenery of the region.  After crossing the canal we walked through the main street of the “new” part of Carcassonne and after buying some new shoe laces for Mike and an unplanned touristic detour we walked towards the old city, the “Cité”. 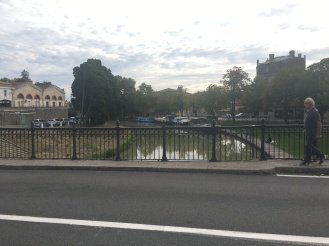 When we were crossing the old bridge, “Pont Vieux”, we had a magnificent view of the fortified old town on top of its hill and the modern art piece pointed onto its walls by Swiss artist Felice Varini. We climbed towards the city and entered it through the “Porte Narbonnaise”. First we walked around the city in between the 2 exterior walls, taking up the vista’s provided from the various viewing points. After we encircled the city we entered its narrow cobbled streets, filled with souvenir shops, restaurants and of course tourists. The entire town reminded me a bit of Bruges on a hill. The ensemble is very quaint and picturesque but unfortunately over flooded with tourists. As there was some kind of patrimonial day, we were able to visit the school museum, showing how a school in rural France used to be like around a 100 years ago. While it is not the biggest and most interesting museum around, it did fit into its surroundings. 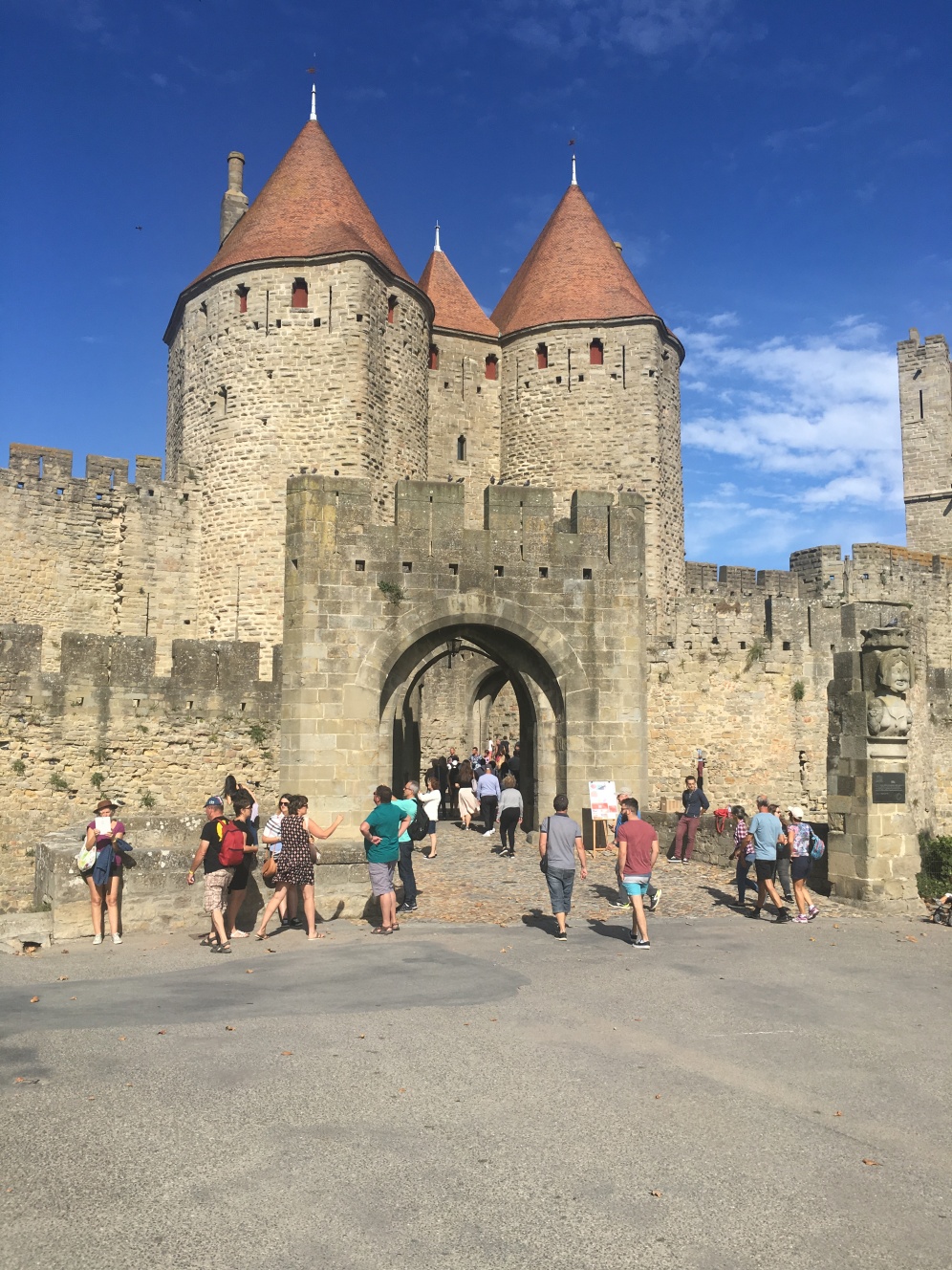 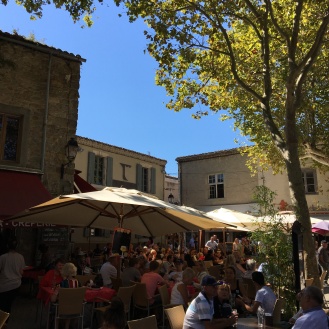 For lunch we went to eat in “La Table d’Alais”, a more upscale restaurant with a rather anonymous entry. We were seated in the interior courtyard and enjoyed a wonderful 3 course lunch with the local speciality “Cassoulet” as a main. Even though I am not the biggest fan of white beans I was happy to have tried the local speciality. 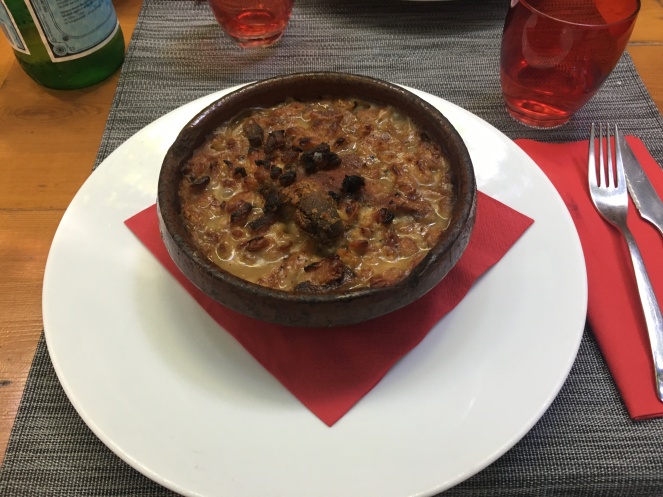 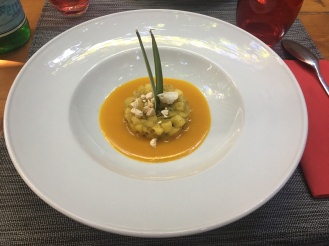 After our nice lunch we slowly descended again towards the new city and the train station for our return trip, this time taking the stairs down from the “Porte de l’Aude”. 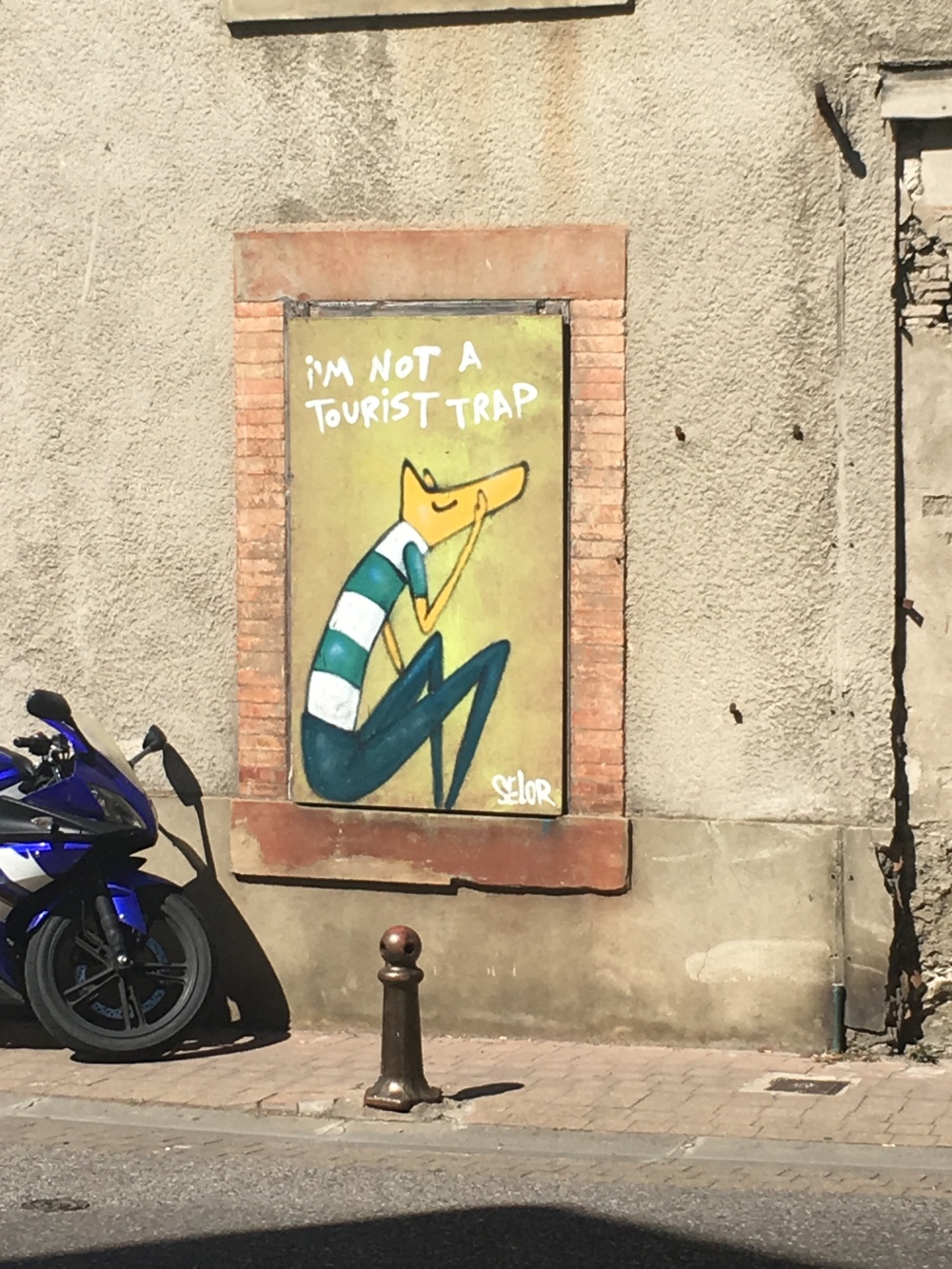 Our train back was formed of a classic “nez Casse” locomotive hauling a rake of Corail coaches that all underwent a TEOZ renovation, just like my Paris to Toulouse train. After we boarded the train it was announced that our train would be held in the station of Carcassonne as there was a fire on the tracks. Meanwhile the station staff provided some water bottles on the platform. After about 3 hours the fire brigades managed to stop the fire and we were on our way, passing the site of the fire at reduced speed and able to spot a really big black area where the fire took place. 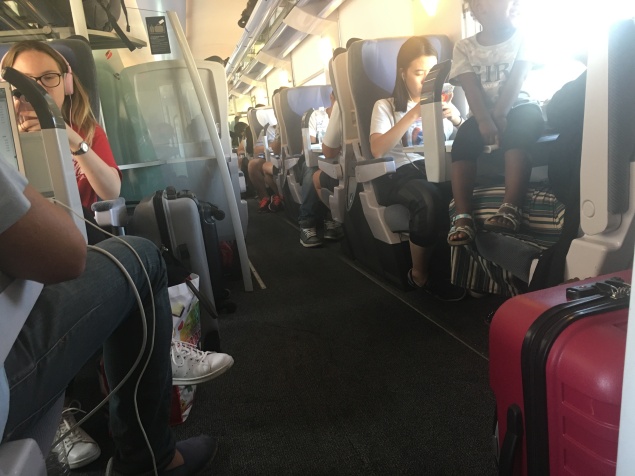 Suddenly in Agde our train made an unscheduled stop and we heard another announcement telling us that the moveable bridge in Sete was broken and that they were unable to lower it for our train to pass, which reminded me of the bridge of Boom at home. After another 2 hours of waiting at the platform in Agde, we were finally able to continue our journey to Montpellier where we arrived with a delay of 5 hours at 22:00 instead of 17:00. On our way to the hotel we grabbed a quick McDonald’s and then swiftly jumped in our beds for the night as we were both exhausted.