After arrival in Athens on our flight from Brussels via Strasbourg, we got our onwards boarding passes at the connections desk.

After clearing immigration and security at the non-Schengen A gates we went to relax a bit at the Aegean Business Lounge. At around boarding time we left the lounge and headed downstairs for the bus gates.

Slightly late boarding was called, even though the agent made the priority boarding announcements everyone just stormed the gate and was beeped through. As there was only one single bus to take us to the aircraft, priority boarding didn’t offer any benefits at all anyway.

As this flight was operated by a Dash 8 of Olympic Air, it only offered economy class service. Olympic used to be the big flag carrier of Greece, at one time even flying 747’s across the globe. However due to various circumstances they are now only a shadow of their former selves and are nothing more than a regional feeder for mainline Aegean Airlines. Their fleet consists solely of ATR and Bombardier turboprops, mostly operating flights around the Greek isles and the occasional international low demand flights for Aegean.

The bus drove us across the tarmac towards our plane parked on a remote stand, boarding was possible through both front and rear doors. As we were seated in row 3 we queued up at the front, unfortunately not a lot of people looked at their seat row and boarding was a complete mess as people seated in the rear entered though the front and vice versa.

After everyone finally settled into their seats, a manual safety demo was given (as there are no screens on this plane) and some soft candies where handed out before take-off.

Being a turboprop plane it was quite loud inside, especially during our taxi on the ground. After take-off the noise level became more bearable. The seating inside was in a 2-2 configuration with rather narrow and thin seats, luckily offering relatively generous leg room. As it was dark outside we could not see a lot, and the only in-flight entertainment available was the airline magazine (the same as on mainline Aegean). 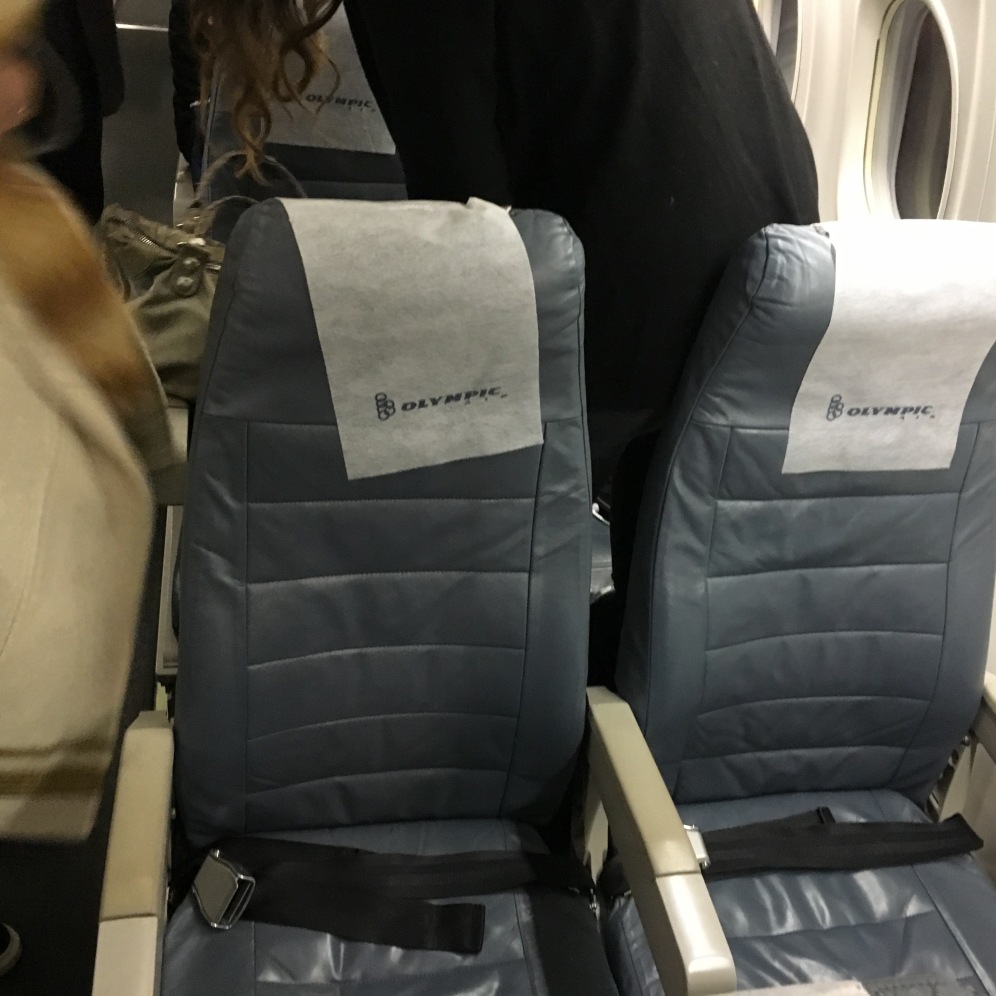 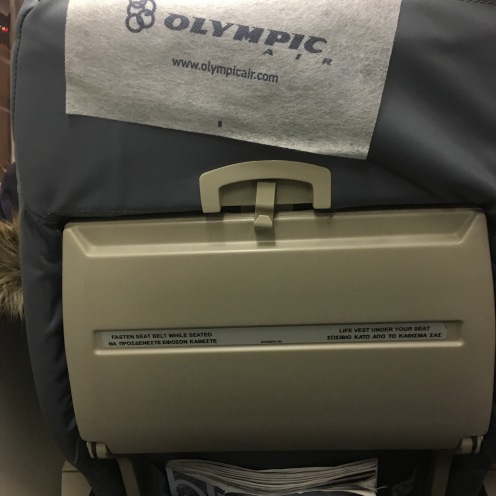 The service on-board was pretty impressive for a short turboprop hop, the crew came around with two trolleys. The first attendant distributed a turkey and cream cheese sandwich and some sweet grain bar as a dessert while the second attendant offered some cold drinks. After they finished their tour of the cabin they came around a second time offering tea and coffee. The service was better and of a higher quality than I expected, so I was quite pleased by that.

A bit later we started descend into Istanbul’s ‘old’ main airport, Ataturk. In the distance you could see the runway lights of the new Istanbul airport which is slowly being taken into service and should eventually replace Ataturk completely as Istanbul’s main aviation gateway. Before landing we flew a scenic tour above the beautifully lit city of Istanbul, seeing a bit of the city.

After a smooth landing we parked at another remote stand and where bussed to the terminal. When entering the terminal we could clearly see that the airport was in its final time of operation as it was dirty and worn out in all nooks and corners.

Passing relatively smooth through Turkish immigration it was time to look for the hotel shuttle to get to our hotel for the night, the Hilton Garden Inn Istanbul Ataturk Airport.