In Ottawa we selected to stay across the river from Ottawa in Ontario and booked a room in the Crowne Plaza located in the French-speaking city of Gatineau in Quebec. This location was interesting as it enabled us to walk to the Canadian Museum of History upon the afternoon of our arrival, as it was located in Gatineau as well.

The entrance has a very impressive waterfall/fountain piece, opening up towards the first floor and a big outside window letting in natural light. To the left of the central waterfall you have the reception desk and to the right there are the elevators.

Our room was located on the 3rd floor, overlooking the river and the waterfalls across the street. There were two double beds, with only a bedside table in between both beds.

On the bedside table there were a number of charging cables to connect and charge your phones with, as well as the typical Crowne Plaza pillow spray ‘for a better sleep’. 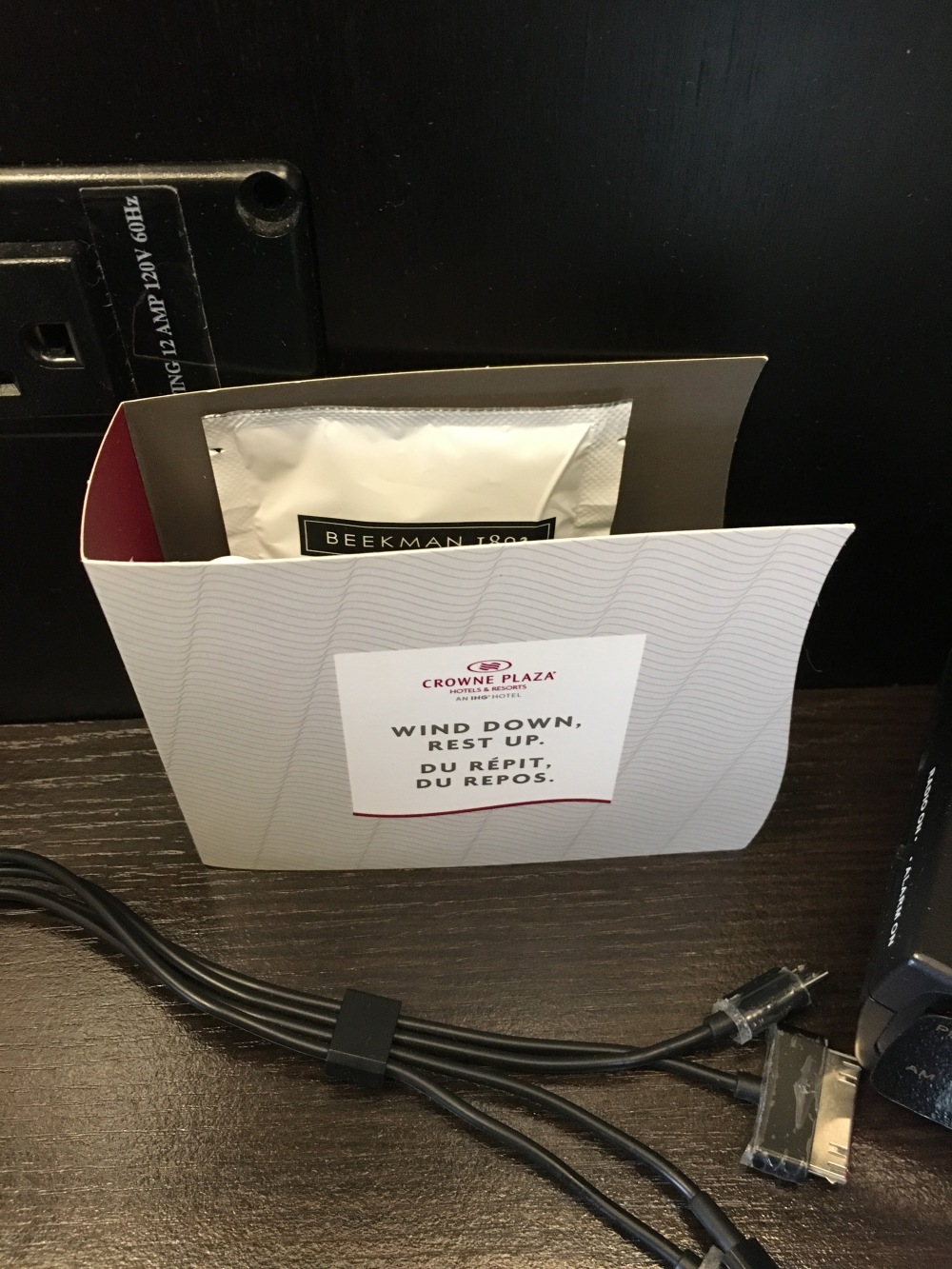 Across the beds there was a desk area with a TV on it. In the entrance hall you had the closet to store your clothes as well as a coffeemaker and minibar.

The bathroom was relatively large, with a large area to put stuff on next to the sink.

The bathtub still screamed a 1970’s vibe with its brown colour. The fixed shower head was also mounted relatively low, making me have to bend to shower properly. 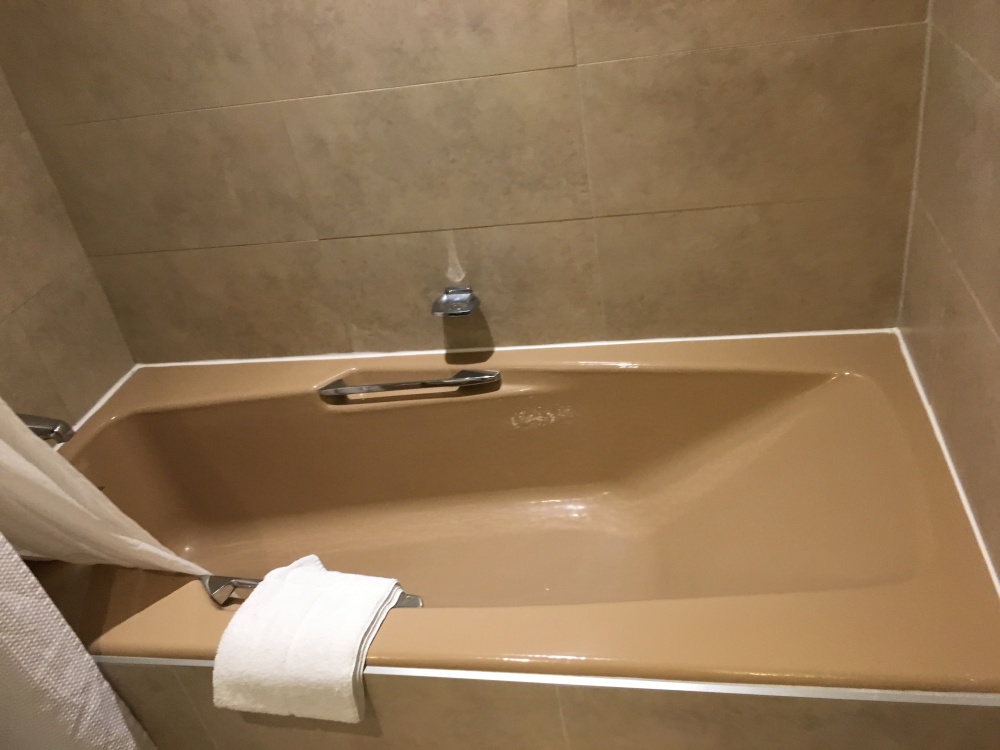 The toiletries where of the Beekman brand, there was a bar of soap, shampoo, conditioner and a bottle of body lotion but no shower gel.

Just like in the InterContinental Montreal the room was only made for two people so there were only the towels provided for two people to use. After a quick stop at the front desk before going out to ask for more towels and some shower gel, both where delivered to the room before we returned.

Contrary to Montreal the correct amount of towels where replenished the next day so we did not have to go back to the front desk.

After a long day of sight seeing we made use of the hotel’s excellent pool, it is very large for a hotel pool. In a corner at the back of the pool area there is a huge whirlpool, which has to be activated by some buttons looking like an emergency alarm, so if it wasn’t for one of the other swimmers explaining us how it worked we would have never found out. 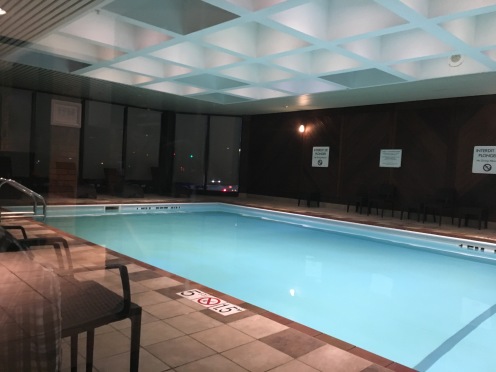 The pool is located at ground level, on the opposite side of the rooms from the main lobby. Before reaching the pool you pass by the hotel’s fitness area, which seems to have some nice equipment to use. 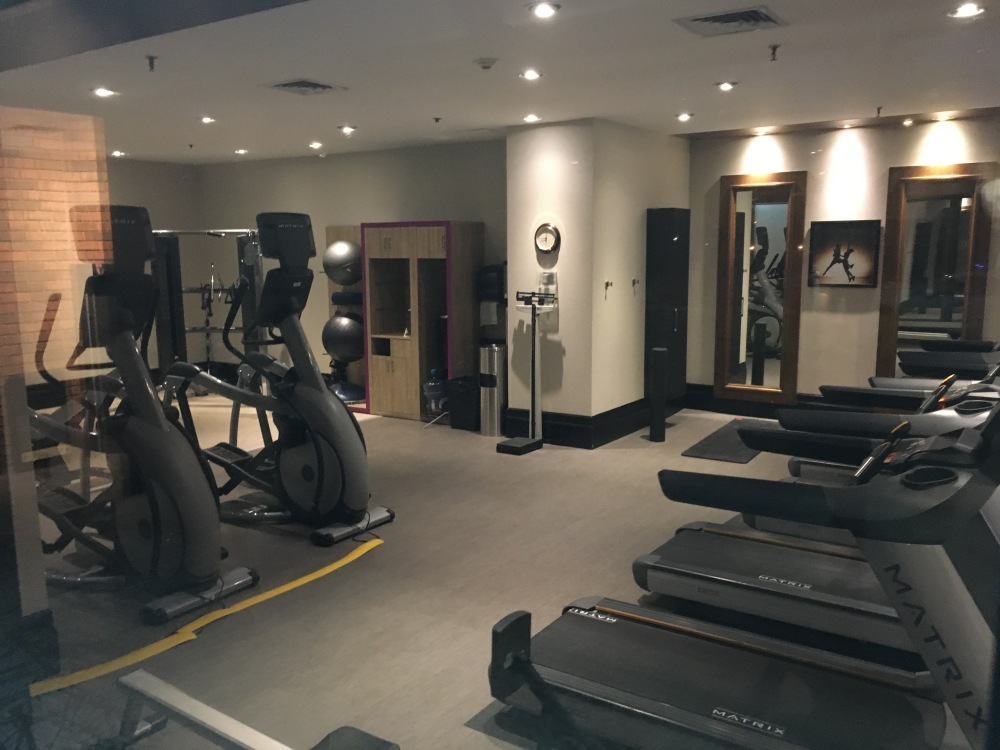 Breakfast in the morning was not overwhelming, the restaurant was a dark and not very inviting space. Hot drinks where brought to your table, with tea being served in glass flasks looking like light bulbs.

The buffet itself was rather basic and uninspiring. You had some fruit, cheese cubes, yoghurt and bakery items as the cold options. 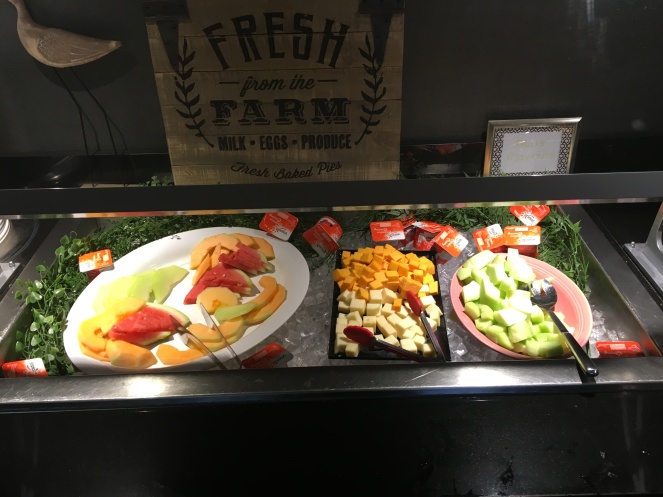 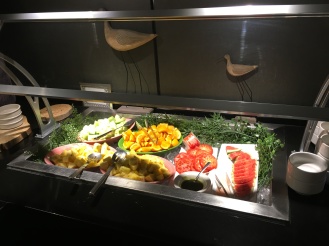 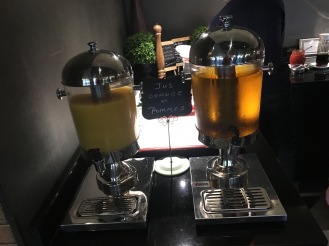 The hot options looked possibly even worse, with some industrial looking egg substance, beans, bacon, sausage and ham on the hearty side while you could have some pancakes and French toast on the sweet side (if drenched in syrup they were quite edible). While you could grab something to eat to start the day it wasn’t overly delicious or inspiring. 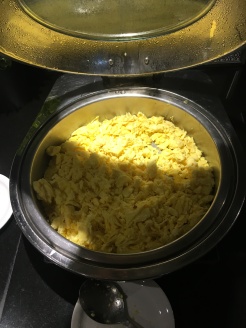 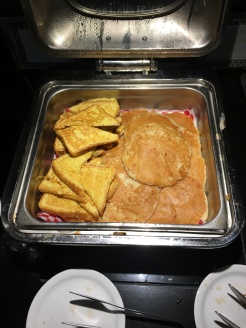 The hotel is an okay option to stay if you are in the Ottawa and Gatineau area. It offers what it advertises to offer, it’s clean and had a good price–quality ratio.

I would not go out of my way to stay there if there are better suited options for you to stay at. If the hotel would improve its culinary offer and maybe update the rooms (especially the bathrooms!) it could become a much more attractive.

Would you stay at the ‘English’ or ‘French’ side when staying in the Canadian capital region? Let us know in the comments below!