In July 2019, Steve and I embarked on an East Mediterranean cruise on board MSC Sinfonia. We would visit Venice, Split, Santorini, Mykonos, Dubrovnik and Ancona. But our first stop was Florence.

Steve and I chose FH55 Hotel Calzaiuoli Firenze for its central location in the overtouristicated city of Florence in Italy.

Located on the Via dei Calzaiuoli 6 near the landmark Piazza della Signoria, the hotel is a bit hard to find the first time.

We were too early to check-in into our room immediately but we could leave our luggage at the reception. After some Florentine exploring we returned to the hotel for a much needed shower before going out for dinner.

The room is large and there are two large beds. The bathroom has a shower , a sink, a bidet and a toilet. The shower is easy enough to figure out how to use. 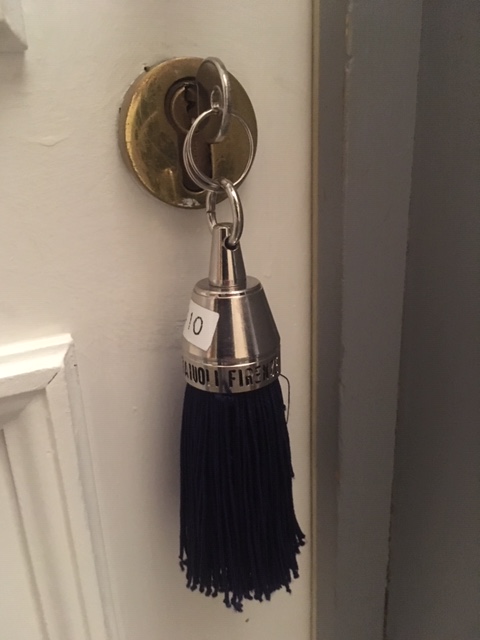 The amenities such as soap and shampoo are hidden in a cardboard box. Cute. 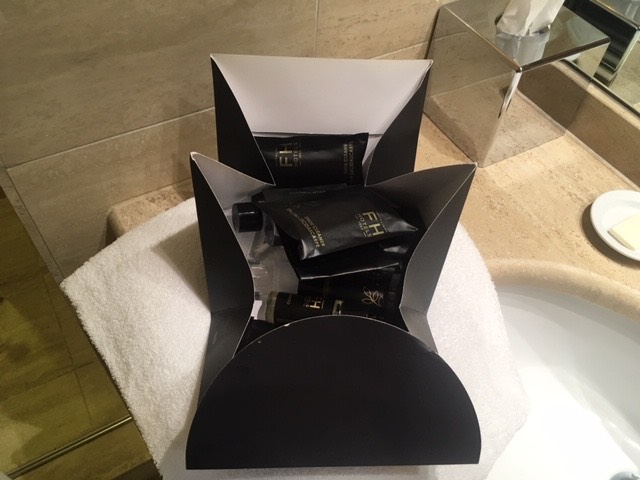 Furthermore there’s coffee and tea, a television, a minibar and water. Nothing surprising, nothing disappointing.

Except. Except the fact there was quite a lot of dust on the floor, as you can see on my sock. That’s a big no-no for any hotel but especially a four star hotel. 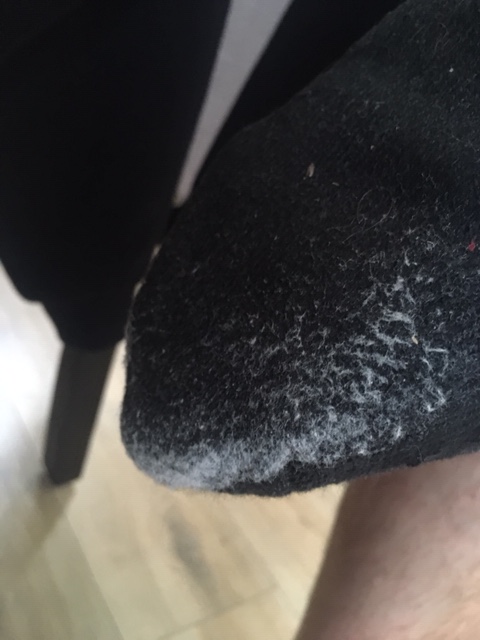 Ah well. The beds are comfortable, the airconditioning works well and the old school heavy key is a nice touch. Don’t forget to lock your door.

The breakfast room doubles up as a low-key lounge during the day. You’ll have coffee, tea, water, juices, pastries, fruit and cakes as a snack. A nice touch.

Breakfast itself is, for an Italian hotel, well stocked. Besides typical pastries, cakes and pies, there’s a continental option with cheese and meat, English breakfast items such as sausages and scrambled egg, cereals, yoghurts, coffee, tea and water. 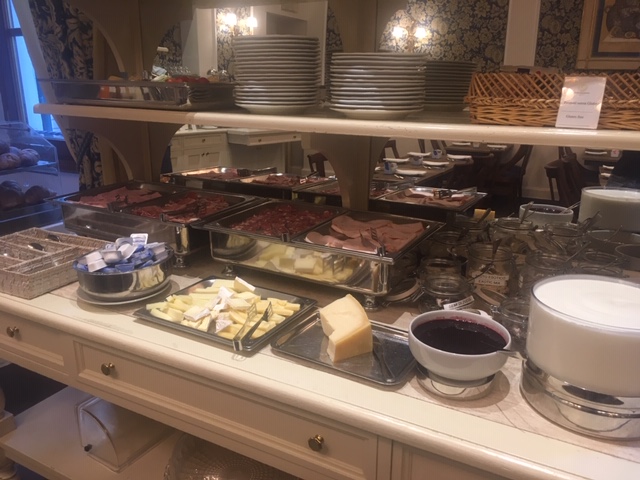 FH55 is  city hotel in a small mansion. There’s no room for a pool or a gym. That’s fine.

Although the dust on the floor is unacceptable, FH55 is a nice hotel. A large room, a good, if unimaginative breakfast. Friendly staff fluent in English. What you need.