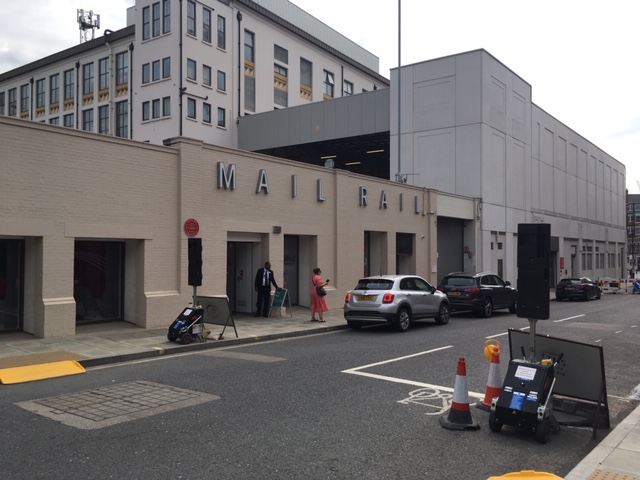 Danny and I aren’t post or mail enthusiasts, but we are rail enthusiast. So we decided to ride the Mail Rail in London.

The Post Office Railway, known as Mail Rail since 1987, is a 2 ft (610 mm) narrow gauge, driverless underground railway in London that was built by the Post Office with assistance from the Underground Electric Railways Company of London, to move mail between sorting offices. Inspired by the Chicago Tunnel Company, it operated from 1927 until 2003. A museum within the former railway was opened in September 2017.

More on its history.

Danny and I rode the little train first. It’s small, but with the plexiglass roof and sides you see plenty. The rides isn’t long but takes you through the tunnels.

After the ride, there’s a small exhibition.

Down the road of Mail Rail, there’s The Postal Museum itself, with a comprehensive exhibition on 500 years of post / mail service in England and the United Kingdom.

Both are a perfect pas-time before catching your Eurostar. St Pancras International isn’t too far away.