As Timothy and I felt like taking a weekend break to end the year, we decided to go for a weekend in the Slovenian capital Ljubljana. Getting there wasn’t the easiest, it’s too far to go by train for just a weekend so we needed to find suitable flights. Direct flights from Brussels where rather expensive and had an unattractive schedule, so we opted for flights leaving from Amsterdam in the early morning.

We were lucky in that we opted for the flights from Amsterdam via Paris To Ljubljana on KLM and Air France instead of the more expensive direct flights from Brussels on Adria, as one week after booking Adria Airways ceased operations and was declared bankrupt.

So we were still able to travel as planned. After staying the night at the Holiday Inn Express Amsterdam – Schiphol we arrived back at Schiphol with the first Sprinter of the day out of Hoofddorp and went straight through security towards our gate as we checked-in online the day before. As Schiphol is currently undergoing reconstruction the security check was performed in the temporary departures area 1A as the one in areas 1-2 was closed for rebuilding,

Passing through security was relatively fast and efficient. Thanks to the new style equipment in use at Schiphol it wasn’t necessary anymore to remove liquids from your hand baggage.  Our plane was parked at gate C5, only a short walk away from the security check point.

The flight was operated by a Boeing 737-700 with the old style KLM short-haul cabin. Seating was in blue slimline seats in a 3-3 configuration. The seat pitch was rather tight, but ok for the flight length. 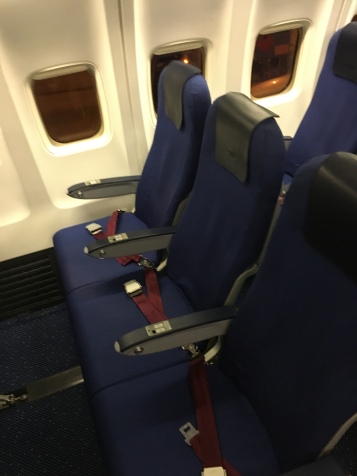 The flight took us from Amsterdam over the southern Netherlands, Belgium and northern France into Paris Charles de Gaulle. The flight was mostly unexceptional with a slight chop on the way. As we left early in the morning the sun slowly rose outside the window and provided with some nice views. 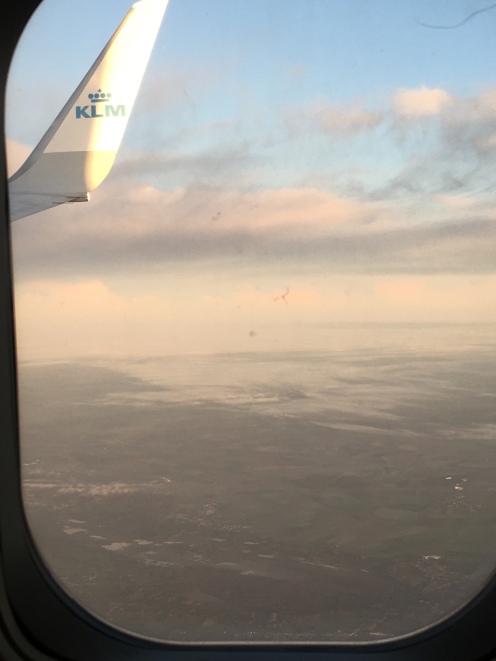 Despite the short flight time of only 50 minutes the friendly and cheerful crew still managed to do a full service, handing out snackboxes and a drink ineconomy. The snackbox contained a sandwich, a stroopwaffle and a cup of water. As an additional drink I selected an orange juice as there was only a limited offer of coffee, tea, water and orange juice.

Landing in Paris was rather straightforward and after a firm bang down on the runway we taxied all the way from about terminal 1 to our parking position at terminal 2F. 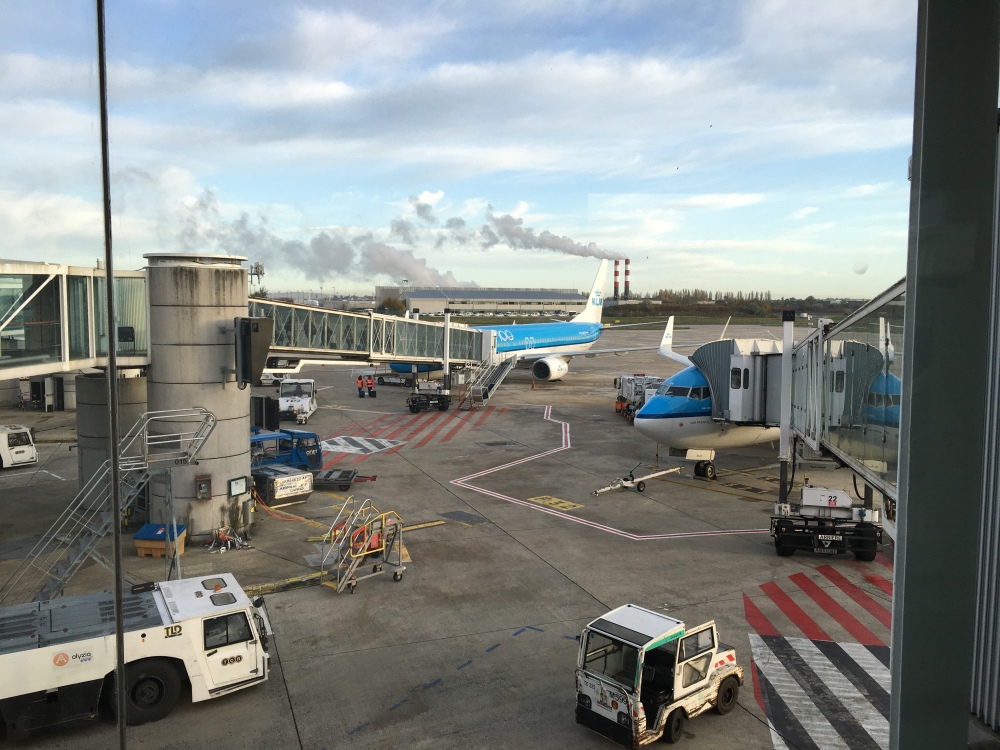 KLM provided us with a solid and dependable product and makes me want to fly them again in the future.

What are your experiences with KLM? Let us know in the comments below.