In 2018 Steve and I cruised for a week on Serenade of the Seas by Royal Caribbean Cruise Lines (RCCL) on the Baltic Sea. In 2019 we cruised on MSC Sinfonia by MSC Cruises on their East Mediterranean Sea itinerary. How do these two compare?

Both cruises were very different experiences. While RCCL felt very American, MSC felt very Italian. Clichés associated with these nationalities were not discarded.

What we liked on Royal Carribean

The food was not only opulent, it was also varied. The entertainment was professional but also camp and tacky. Somehow that fits cruising. The gym area was huge to accommodate the gym bunnies.

There was an adults (16+) only pool. There was a LGBTQ meet-up (even it was a failure). The cocktail bar was great. Interactive screens everywhere helped you to anywhere and any activity on the ship.

I’m going to step on toes here, but sometimes there was an information overload. Not only that, it was sometimes condescending. We are adults. We can cope. Telling us all the time to wash our hands is tiring.

Some people like to turn uff their wits and common sense when travelling but Steve and I don’t. No need to hold our hands.

I associate this behaviour with an American style of organizing. Very well organized, but just over the mark of being condescending and invasive. 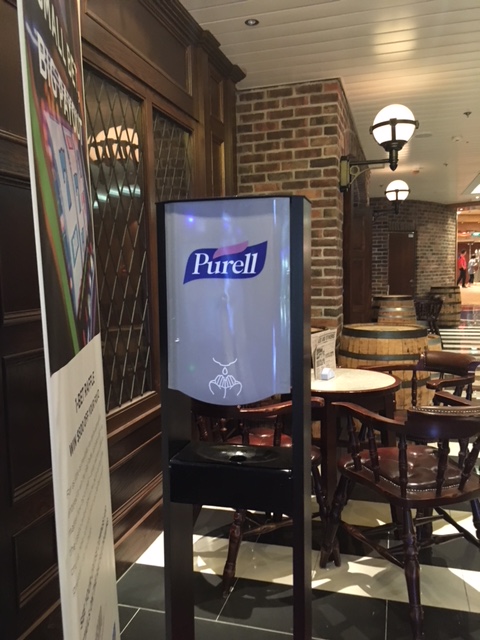 What we liked about MSC

Chaos and lack of communication. We waited hours for our baggage, some staff didn’t speak English well enough, lunchtime was chaos.

We payed for ‘anytime dining’ but that turned out to be false. It only gave us choice between early serving or late serving. That is not ‘anytime’.

We couldn’t sail to Mykonos due to bad weather but we weren’t inform until late in the afternoon. They were all small issues which added up to general frustration.

The disorganization felt ‘very Italian’. And the food wasn’t up to ‘Italian gastronomic standards’. 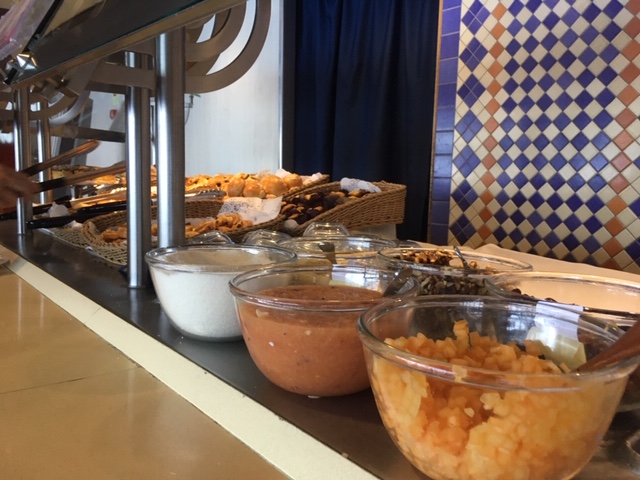 We payed a similar amount for RCCL as for MSC. But RCCL delivered a four-star product, MSC only a three-star product.

Oh, and speaking of price. Both cruise companies are unclear what they offer besides the stateroom or cabin. I’m talking beverage packages and so on. Why do cruise companies make it so complicated?