Back in a pre-corona 2012 I got inspired by my friend Erik to make an epic rail trip through a part of Europe. I persuaded my best friend to tag along and together we decided to head north, to Scandinavia, to a part of Europe we both hadn’t visited yet and where fascinated about.

At the time Deutsche Bahn still operated a vast network of sleeper trains to, from and through Germany under the brand name City Night Line. We made use of the Amsterdam to Copenhagen service to get started on our trip.

After travelling up to Amsterdam Centraal on the classic Benelux train we boarded our CNL Comfortline coach (which are now operating for OBB’s Nightjet services) to Copenhagen and settled in for our overnight trip. It was at the time a rather exotic train as it also had some Russian and Belorussian coaches bound for Moscow and Minsk, which would be changed to a different train with some shunting in the middle of the night in Germany.

We had booked a double sleeper compartment just for the two of us in which we found two out of the three berths made up to sleep. We had our own personal sink with soap and towels in a little cupboard in our compartment, while some hangers, bottled water and literature where provided as well.

Our route took us from Amsterdam via Hilversum and Apeldoorn to the Dutch-German border at Bad Bentheim where our yellow Dutch locomotive was changed for a red German one.

We then continued in a northern direction taking the inland route to Denmark over Hamburg and Flensburg where we received a Danish locomotive taking us the rest of the journey via the Little and Great Belt crossings towards Copenhagen. In the morning we received a paper bag with a breakfast in it, it where mostly processed items and it wasn’t nearly as good as the breakfast offered on the Nightjet, but it was better than nothing.

After arrival we used the rest of the day and the next day to explore the Danish capital, seeing sights such as the Tivoli park, the little mermaid, the modern library and the royal palace. 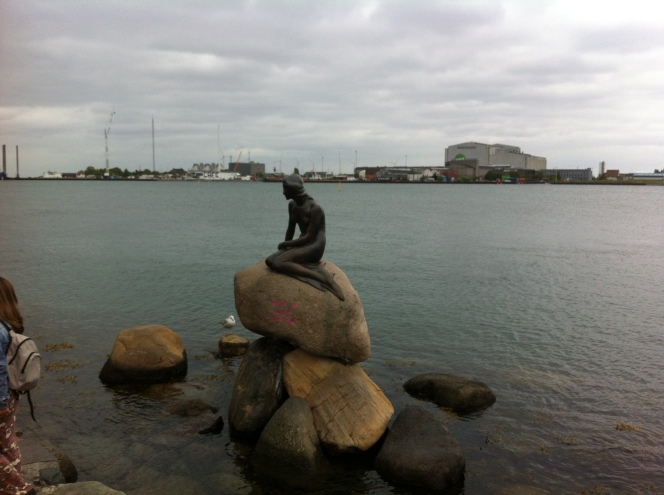 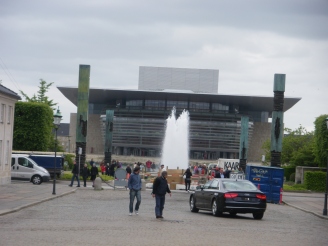 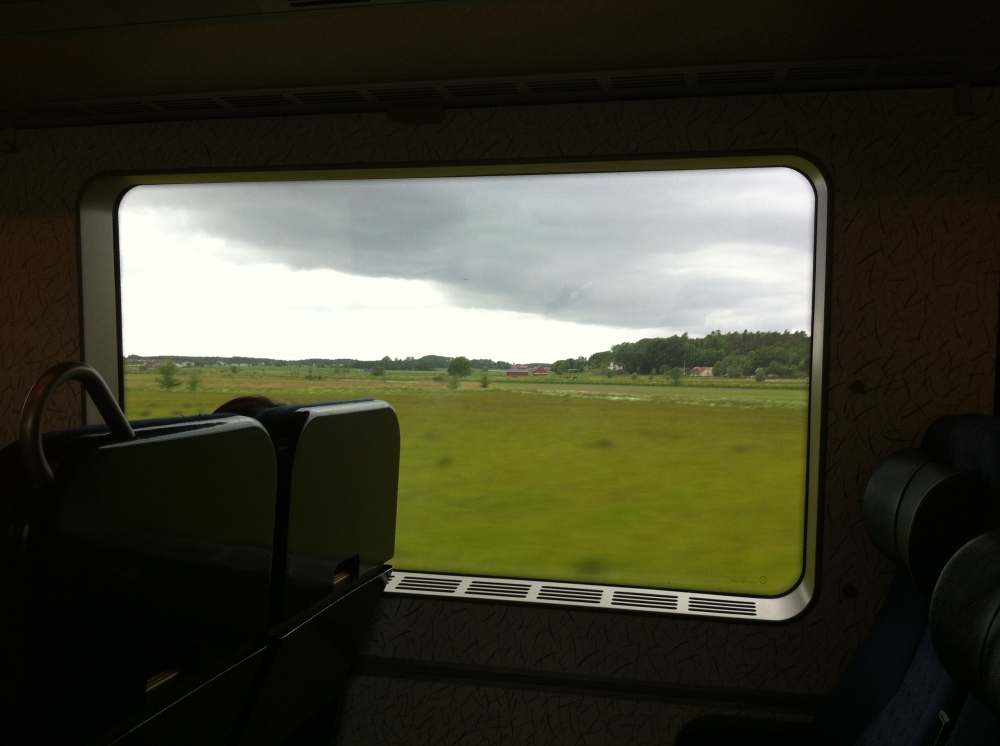 We had a few hours to explore the city centre before hopping on to our final train of the day. Our final train was a Norwegian tilting train to Oslo. There where only two daily trains between Gothenburg and Oslo, one in the morning and one in the evening. We took the evening service and enjoyed the comfortable seating while continuing north. 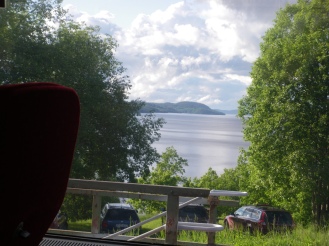 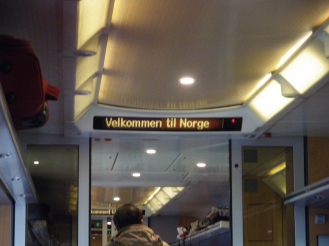 While the West coast in Sweden is mostly flat or slightly hilly the landscape changed dramatically when we entered into Norway. The sloped got higher and steeper and we got to see some of the first Fjords on our trip. It was a good indication of what was waiting for us on the rest of our trips in Norway. But first we spent a few days roaming around the city of Oslo.