Back in 2013 I was planning on making a trip to Scotland with a colleague as we were both fascinated by travelling by train and where interested in making one through the birth nation of trains. We decided to head through England all the way up north to the rugged terrain of Scotland. Unfortunately the colleague I was planning this trip wasn’t able to make the voyage and this is where Timothy came into the picture. Even though he just joined the company and barely knew me, he took the plunge when I asked him to join me on a trip to Scotland. Little did we know this would only be the very first chapter in a whole range of travel adventures together.

After arriving in Inverness in the evening we only had a short stroll around the city centre before going to sleep. The next morning we started the proper exploration of the town. 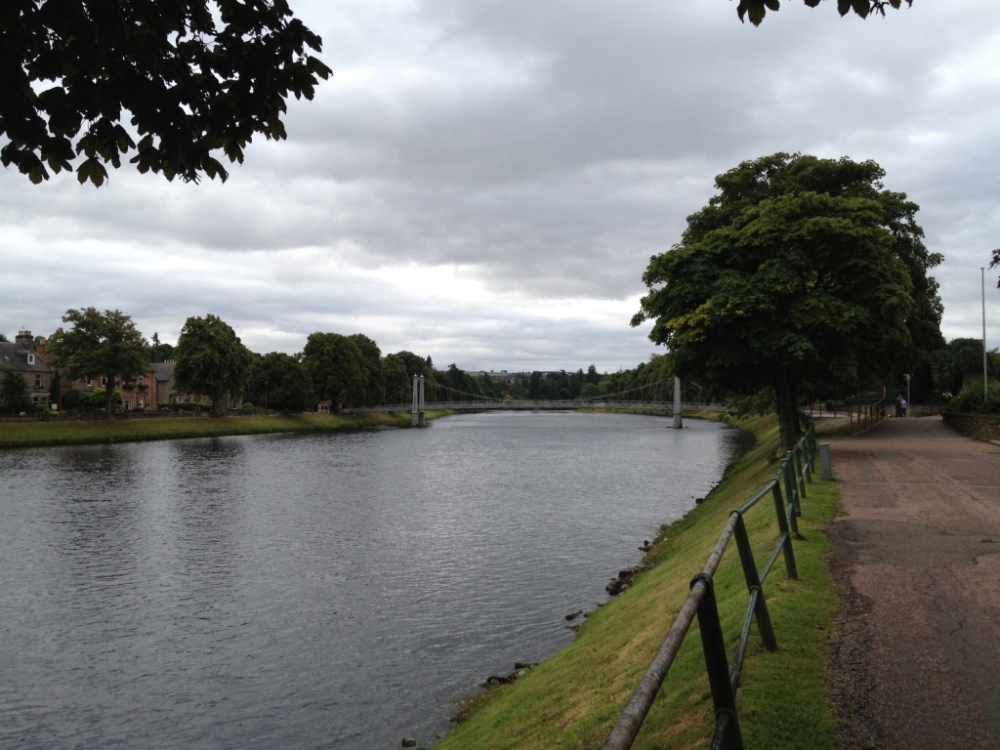 One of the first things we spotted along the river Ness was a shop selling kilts, we didn’t try one on however.

In the distance we saw a castle, and with Timothy’s love of castles and official buildings we of course headed over there to see whether we could visit. 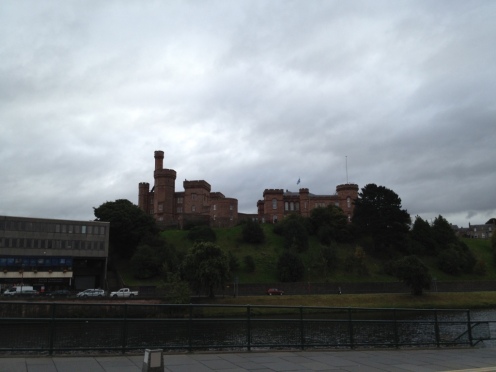 On the way we passed and entered a church. 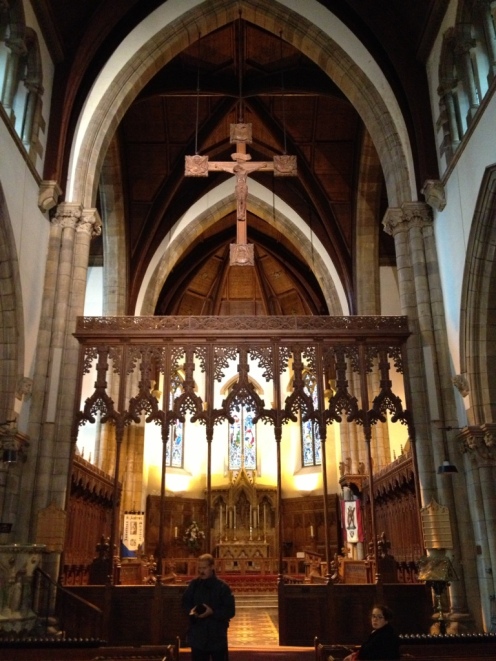 After walking around some more, we had some lunch and boarded a train towards Aberdeen thereafter.

It was a Scotrail class 158 with the typical First group pink seat moquette. It took us along the single line running along the coast south to Aberdeen, providing some scenic views along the way.

We arrived once again in the evening in our next destination and the exploring would follow the next day, but that’s for chapter 3.

Have you been in Scotland, and how did you like it? Let us know in the comments below.