After staying the night in Basel, arriving from Luxembourg the day before, we continued our trip across Switzerland to the Italian speaking south, destination: Locarno. Originally we were meant to be travelling on a direct train from Basel to Locarno, via Lucerne and the Gotthard route. Unfortunately due to a landslide the line via Lucerne was blocked and we were forced to travel on an alternative route, luckily because of the dense Swiss rail network this was not much of an issue.

First we used a TGV that was inbound from Paris to travel from Basel to one of Switzerland’s biggest train stations, Zurich HB. We could use the TGV without reservation as this is not required for domestic routes within Switzerland. This was also my first time on a double decker TGV, and while it looked modern it struck me as being quite cramped with a lack of proper baggage storage. 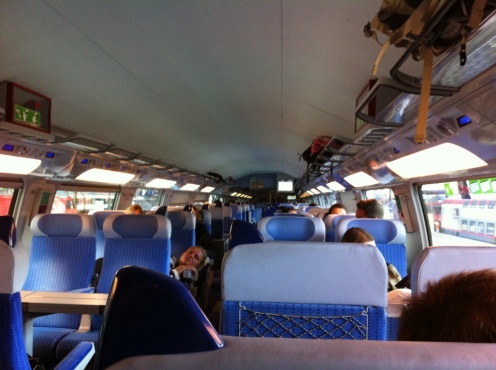 In Zurich we changed for a Swiss IC train to Zug, this was operated by a loco hauled IC2000 double decker set. The coach design was clearly inspired by the double deck TGV, but still felt more spacious. 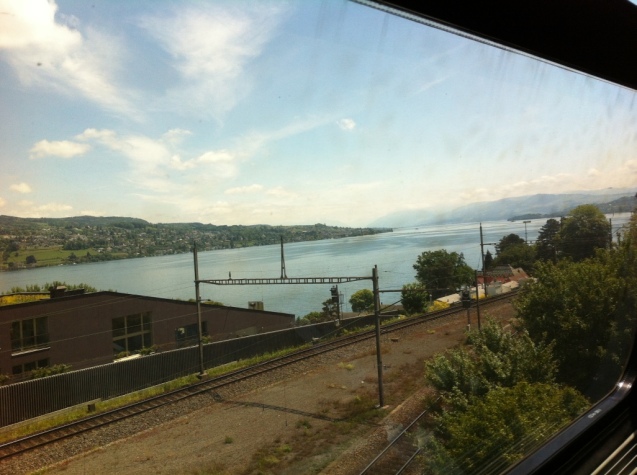 In Zug we changed for a local train operated by a Swiss built FLIRT unit, towards the junction station of Arth-Goldau. Enjoying the first glimpses of high mountain peaks in Switzerland. 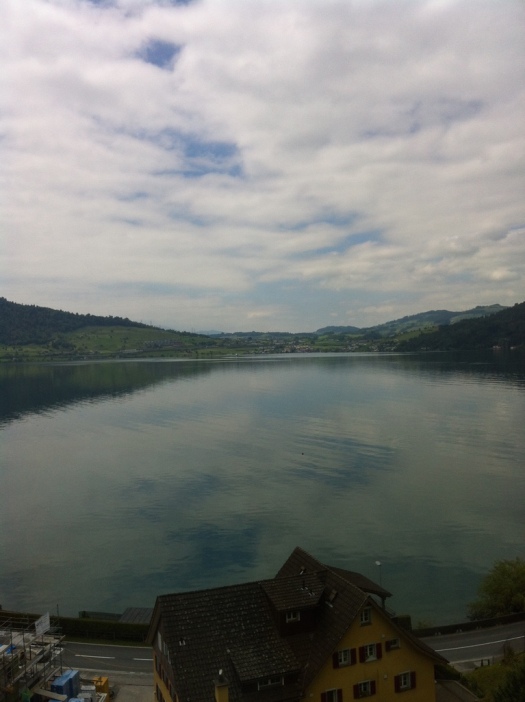 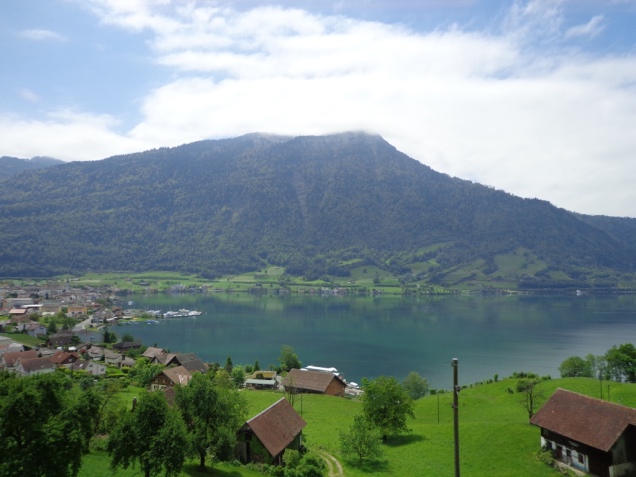 Finally in Arth-Goldau we could join our initially planned service across the Gotthard. Due to the landslide it started it’s jouney from Arth-Goldau instead of Basel. It was composed of a mix of different style swiss coaches, with some old non air-conditioned EW I and II and RIC coaches, as well as some more modern air-conditioned EW IV and EC coaches, pulled by an RE 4/4 II electric locomotive. As it was a very quiet train we selected some seats in one of the modern Air conditioned EC coaches, in which we remained sole occupants for most of the journey. 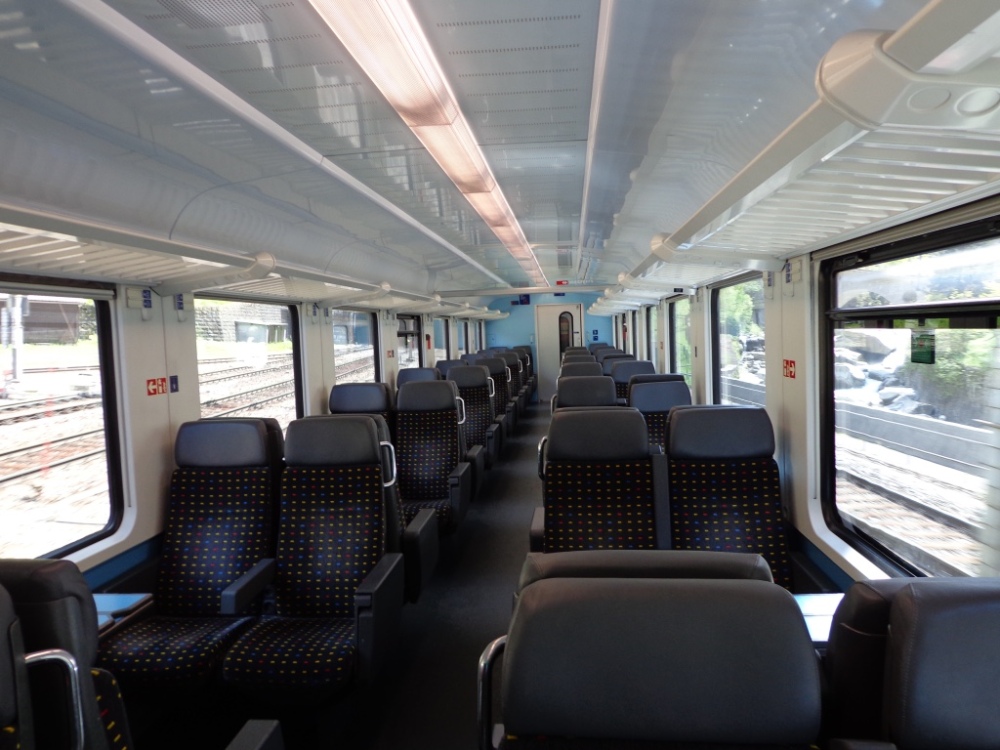 We specifically selected one of the loco hauled IR trains which made several stops along the way as the coaches provide bigger windows than the ICN tilting trains used on the non-stop IC trains and thus giving us a better view along the way. The first part of the route took us along Lake Lucerne before starting on our ascend of the northern slope towards the Ghottard tunnel. To gain height the line twists and turns its way up along the side of the valley, using a series of turning tunnels and viaducts, famously passing the church of Wassen three times on its way up. 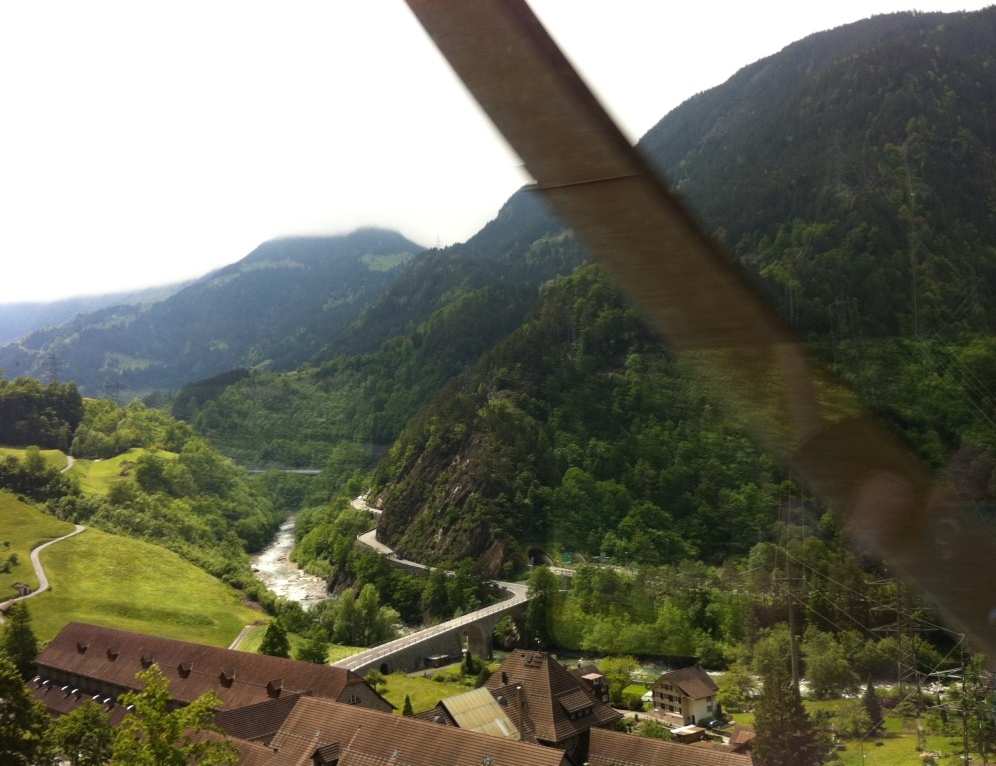 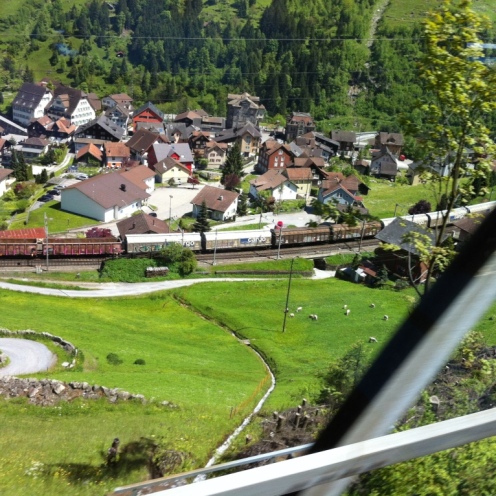 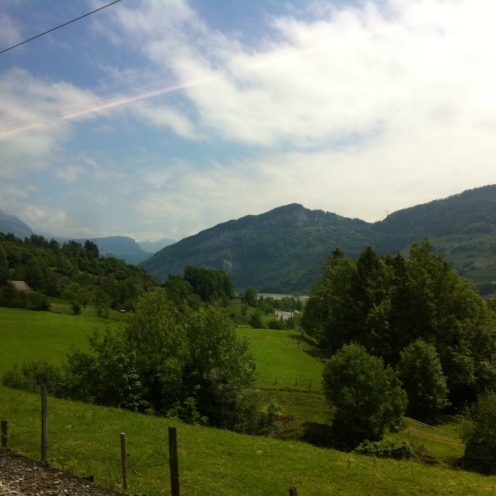 After crossing the Ghottard tunnel we slowly descended into the valleys of Italian speaking Switzerland. This is also where our train became slightly more occupied as the schools had finished and the students used the train to return back home. The last stretch of the trip from Bellinzona to Locarno was pretty flat, but offering stunning views of the mountain peaks around us. 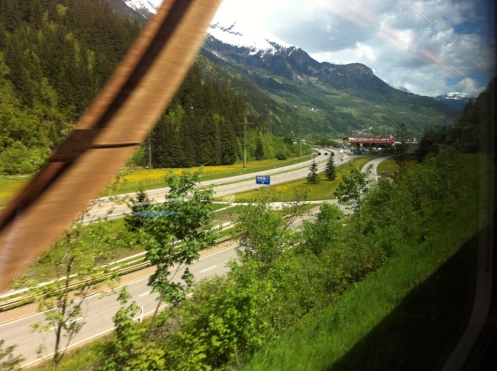 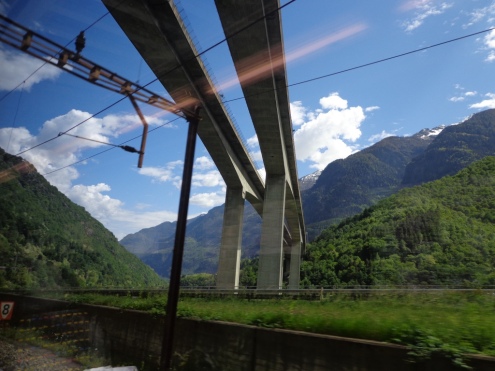 After arrival in Locarno we dropped our bags in the hotel before ascending the Cardada, the city’s house mountain, offering us a splendid overview over the valley the lake and the surrounding mountains. 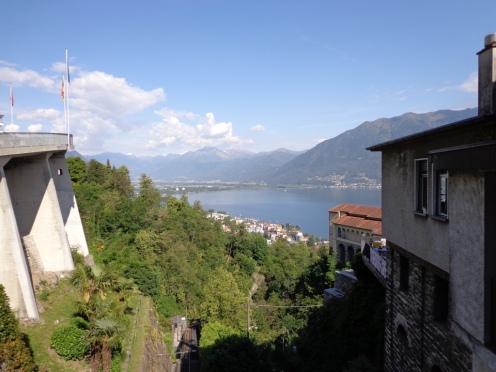 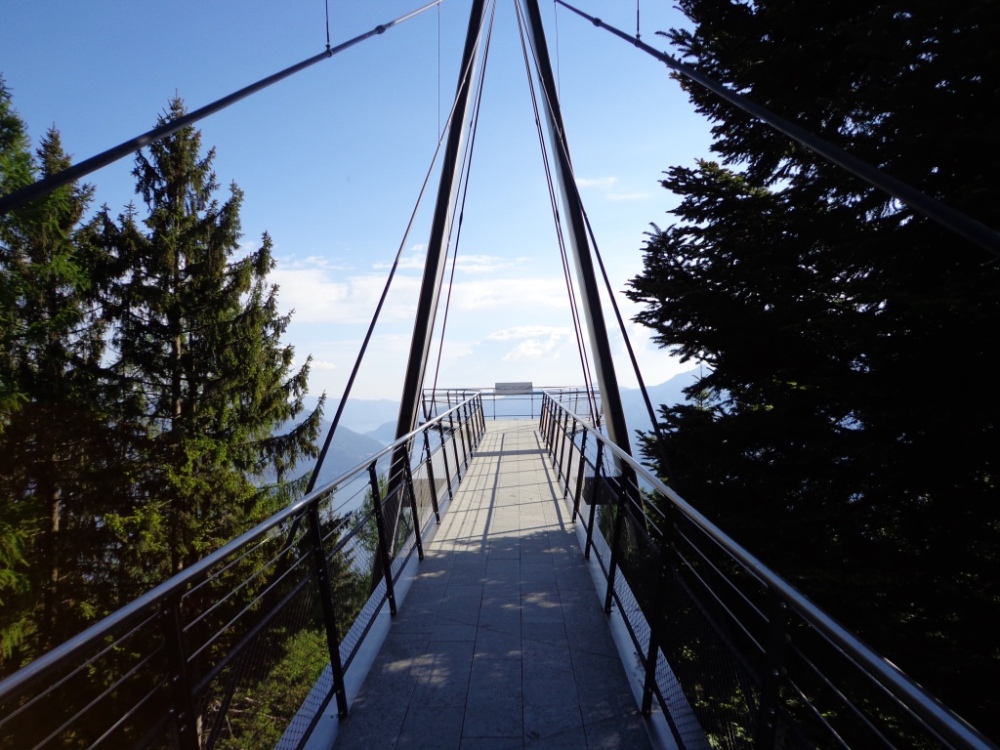 In the evening we had a walk around the picturesque town centre and the lake side and enjoyed some Italian inspired food.

We were very much struck in awe by crossing the magnificent old Ghottard line, back then all long distance train traffic still passed over it. Nowadays they use the new Ghottard base tunnel, crossing the mountain range at the bottom, avoiding steep slopes and narrow curves and thus enabling longer, heavier and faster trains. So while it vastly improves travel times for people travelling between both sides, you miss out on the wonderful scenery the old line provided. Luckily you can still travel on a regional service across the old line if you are really keen on seeing the scenery, but it has become more of a hassle to do so. Nonetheless I do recommend you to travel on the old line if you get the chance, you won’t regret it!