Carl De Keyzer, a Belgian photographer specialized in communist countries, has produced a new book, ‘Grand Tour‘, in which he visits the Democratic People’s Republic of Korea, also known as North Korea.

North Korea has been on my radar for some time. The DPRK is a living history lesson. A throwback to the Cold War, a illustration of diversity of governance. North Korea is unique in its kind.

So when Dennis invited me to accompany him to the ‘D.P.R. Korea‘ exhibition by Carl De Keyzer in the Floraliënhal in Ghent, I did not hesitate. Dennis interviewed De Keyzer for Boeken Magazine, I sneaked in some questions. The exhibition runs until April.

De Keyzer contacted specialist travel agent Koryo Tours and it agreed to organise the trip with the Korea International Travel Company. The KITC is the de facto ministry of Tourism and ‘KGB‘ for tourists.

The DPRK list some 250 official points of interests you can visit. Don’t worry, guides and rules are so strict you won’t see what you shouldn’t. De Keyzer managed to see most of them.

The result is a leporello book with some 220 photographs. Koryo Tours wrote the captions, which were approved by Pyongyang. The authorities and Korea only rejected three photos.

Some of the photos have been turned into an exhibition. You see Koreans practicing a manifestation, you see children playing, you see city people working the fields.

What you don’t see is denim. It is forbidden to buy jeans in the DPRK. Fashion is definitely communist and design patterns are outdated.

I know Danny shares my curiosity for the DPRK. De Keyzer went in May, when tensions between President of the United States Donald Trump and Supreme Commander of the Korean People’s Army Kim Jong-un ran high. “Tensions are palpable”, says De Keyser. “But that’s part of the experience.” 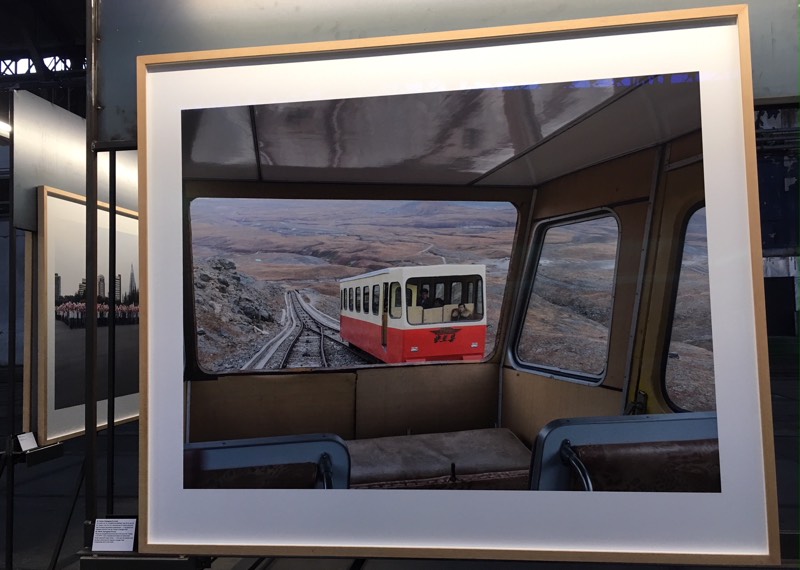 Some factors about travelling to the DPRK are well documented. You get at least two guides, the programme is strict, there’s no internet. “I was a recognized photographer, but often tourists have to delete photos”, De Keyser tells us. “Make sure your phone or tablet is clean.”

North Korea isn’t as closed as it used to be. Prices are doable it seems, but the risk of losing photos is a downer. Still, the country intrigues. I have to think it over.