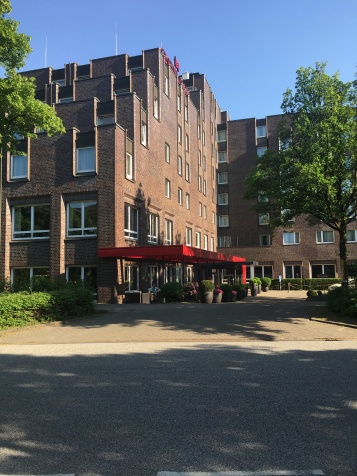 The Crowne Plaza Hamburg City Alster is located in a residential neighbourhood along the Alster a few stops along the U3 from the main station (Hamburg Hbf) and city centre. Its location provides for a very calm and relaxing stay and some interesting morning run routes close by the hotel. For the runners they have a special run desk with maps and water to hydrate after your run. The main lobby was also decorated in a contemporary style with a very nicely lit sculpture in the middle and a tea room with different kinds of tea offered at the side. The hotel was built around a central atrium with a stately stair towards the restaurant and conference rooms on the first floor. 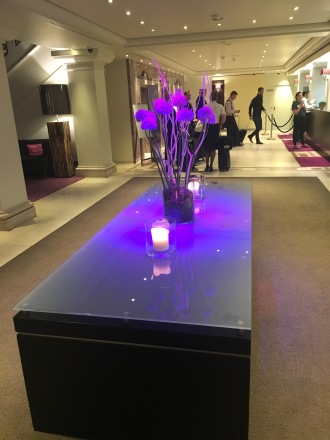 Originally we were allocated a nice king-size room on the 7th floor, the highest of the hotel, with a beautiful panoramic view over the Alster. In the room you had 2 very comfortable beds, easily set apart, some power plugs along the bed, tea and coffee making facilities as well as complimentary water bottles. Unfortunately due to a problem with the air-conditioning, it wasn’t working correctly, it remained very hot in the room at 28c. After the front desk sent someone up to check-up on it and trying to fix it, which didn’t work out, they offered to open up the window and bring in a fan or move to a different room. As we preferred to have a cooler room with a working air-conditioning we elected to change rooms. 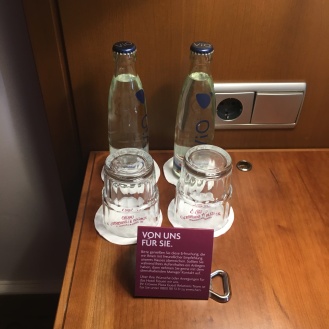 We were offered the choice between a room on the 4th floor and one on the 3th floor, bot junior suites. We elected the one on the 4th floor, it had a separate toilet in the entrance corridor before you ended up in a living room area with some sofas, a tv, coffee and tea making facilities and a desk. After that you had the main bedroom area with a huge bed and plenty of storage facilities, the only downside being that there were no power plugs near the bed. Connected to the main bedroom area there was also a bathroom with a bathtub, equipped with plenty of towels and toiletries and according to Ivan the best hairdryer of the entire trip. 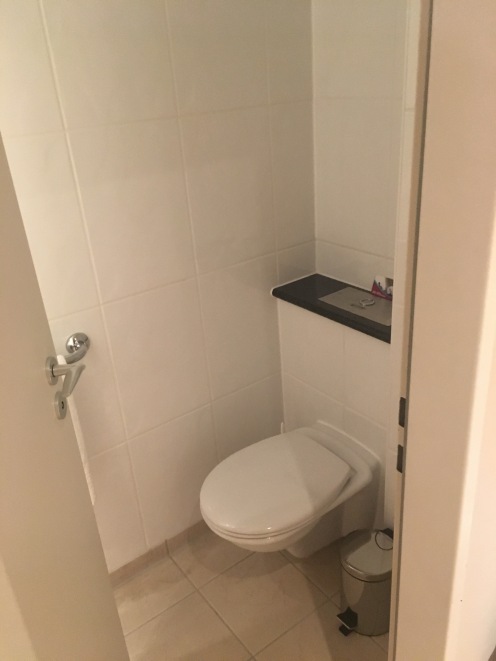 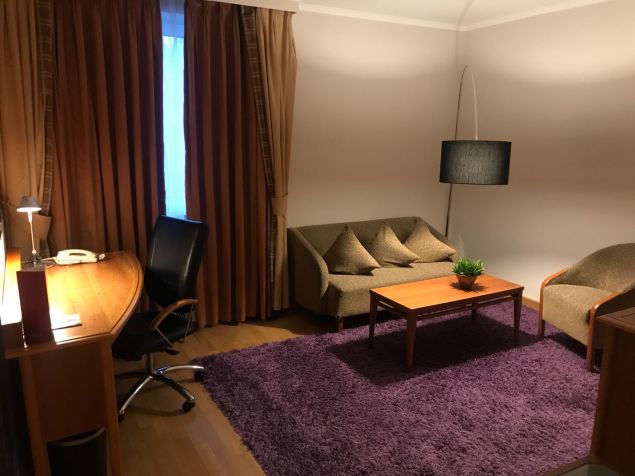 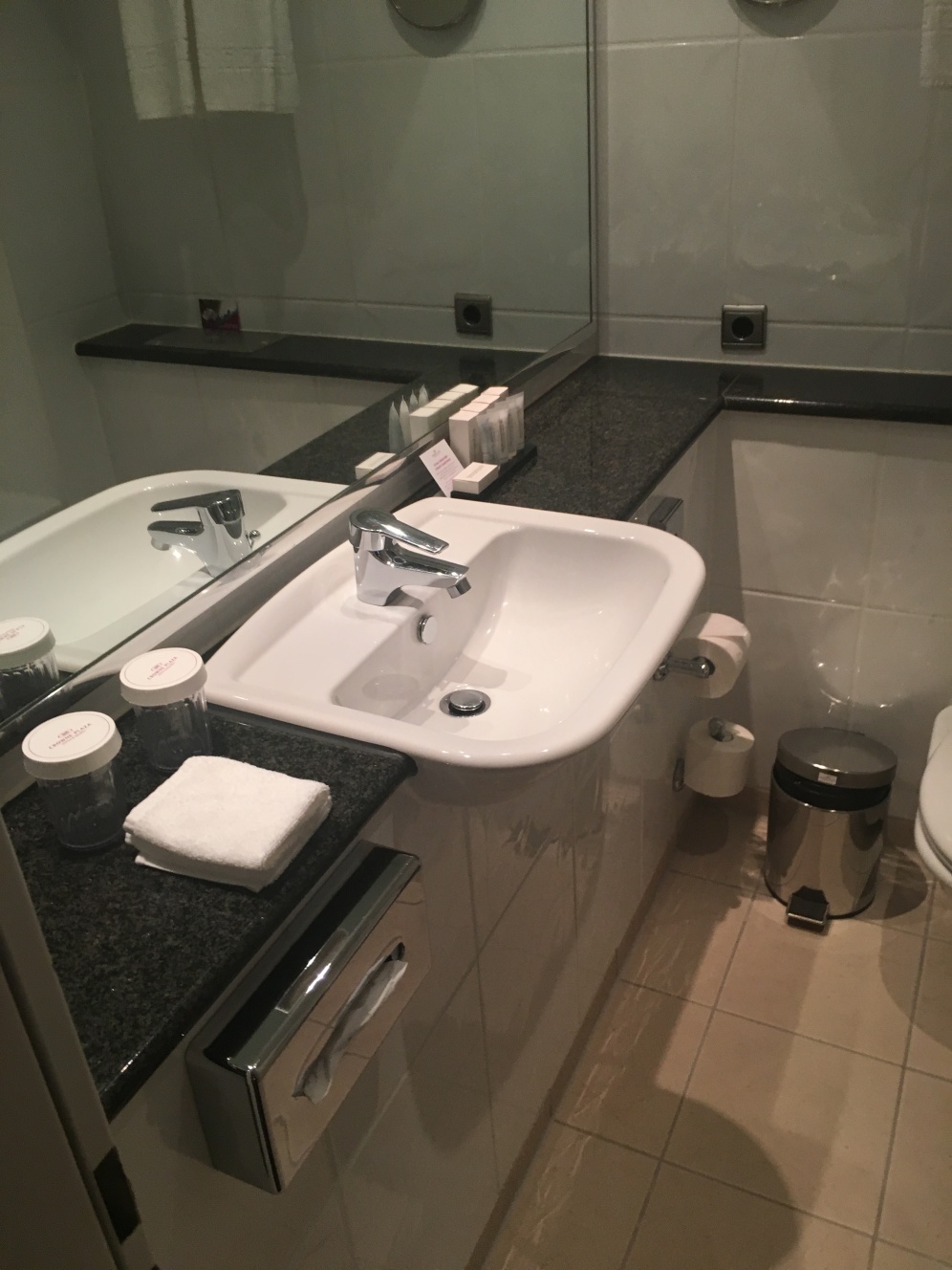 For our stay in Hamburg we also booked a club lounge access, the lounge was decorated in a more recent Crowne Plaza style than the rooms. It was subdivided in a number of different seating areas each with its own typical seating style, some desks to work on, a toilet and even an outdoor terrace. The food and drink offering was rather limited but offered a somewhat “healthy” choice in the evening with vegetable and fruit salads and 1 main dish of a stew and a side. As there was no staff member permanently assigned to the lounge you had to clean up your own plates, glasses and cutlery and every hour someone came up to refill food and drinks. 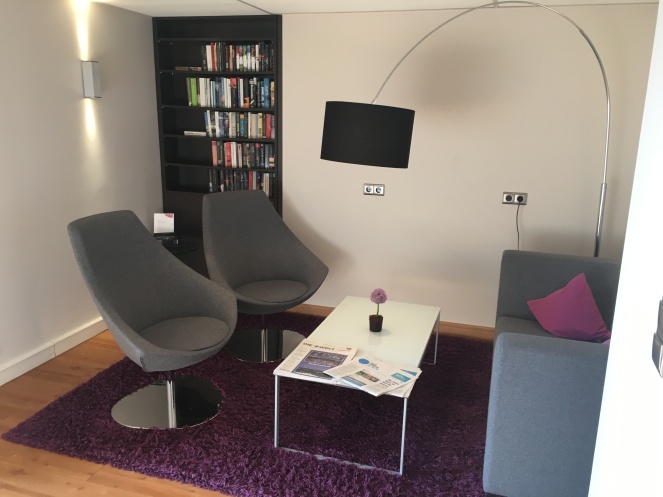 Breakfast in the morning however was very poor, with only a small offering of cold cuts, bread and some yoghurts, not even offering an option of an egg dish.

I was very pleased with my stay in the Crowne Plaza Hamburg City Alster. It provided exactly what I expected and solved the issue we had with the air-conditioning in a very satisfactory way. I would not hesitate to stay here again as they proved they do everything they can to make your stay a good one.