At the end of May I enjoyed a long weekend in Tel Aviv. This blog entry tells the tale of the journey from Antwerp to Tel Aviv and back.

Flight SN3293 ran late. It’s a light service anyway, departing at 9.20PM for a 2.40AM arrival at Tel Aviv’s Ben Gurion International Airport. But the flight was delayed for over an hour. We took off at 10.50PM and landed at 4.05AM. 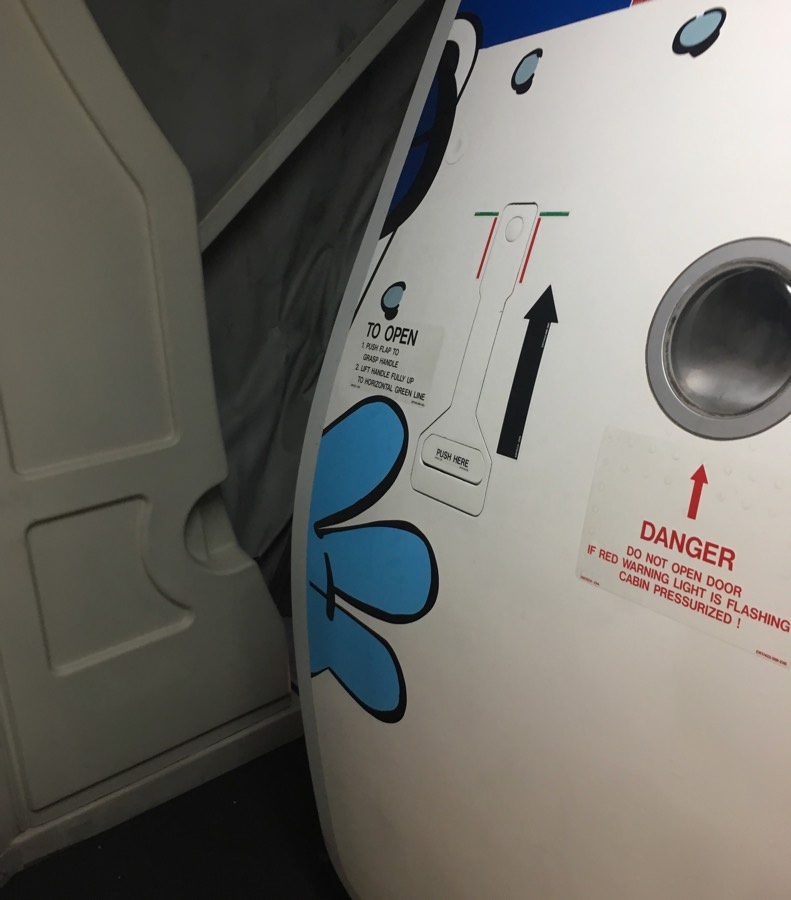 The plane used was an Airbus A320-200 registered OO-SND. This plane is one of the ‘Belgian icons‘ in the ‘Aerosmurf‘ configuration. The flight itself was uneventful. The flight attends were charming, most people just slept.

I dreaded the immigration process. Back in 2008 I entered Israel by coach from Egypt and the interrogation was more than thorough. But this time it was smooth enough. Less fuss than when entering the United States.

I collected my suitcase quickly and took a taxi to my Mister B&B host. The taxi charged 150 shekels (about 36 euros). As my host was’t awake yet, I had a very long coffee and breakfast at The Streets.

Fast forward to departure. This time I took a train from Tel Aviv HaShalom railway station to Ben Gurion. That was very easy and practical.

Friends warned me to be ON TIME. Yes, in all caps. “It’s harder to get out than to get in”, one said. So I turned up three hours before takeoff. I’m happy I did.

Before checking in, there’s a first passport check. Then you check in. Then you go through the usual security check.

Well, I say ‘usual’. Everyone was checked thoroughly. So here’s a TOP TIP: check your luggage. Don’t be a scrooge and just travel with a cabin bag, because you’ll have to unload it. And everyone will wee your dirty undies with skid marks. Yup.

Next up was passport control. In theory I could have used the automated control but with my luck that didn’t work. So I queued for the human version. That human asked me the same question I was asked back in 2010. But I was allowed to leave. Hurray.

I got a second time lucky as the plane used was Airbus 320-200 OO-SNC painted in the Magritte livery. Two more Belgian icons to go. The flight was as uneventful as earlier. Except there where more crying children and babbling passengers.

In conclusion: the journey and many security checks were not as terrible as I feared but allow enough time.