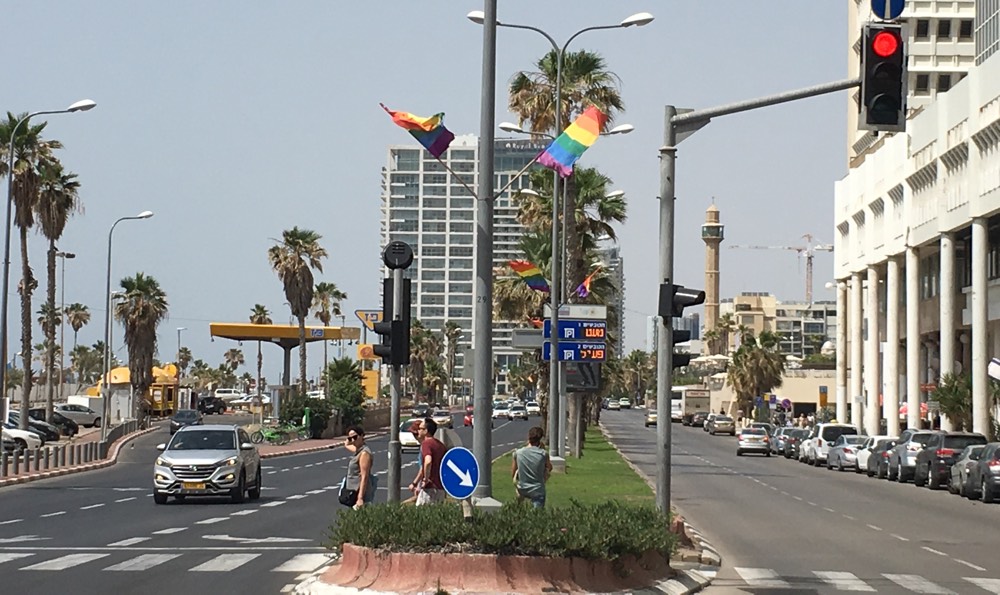 “Pinkwashing is a portmanteau compound word of the words pink and whitewashing. In the context of LGBT rights, it is used to describe a variety of marketing and political strategies aimed at promoting products, countries, people or entities through an appeal to gay-friendliness, in order to be perceived as progressive, modern and tolerant”, says Wikipedia on the subject.

Israel is often accused of pinkwashing. If you google the term ‘pinkwashing Israel’ is the second suggestion you get.

What are the charges? Israel is accused of promoting itself as a modern democracy, while it’s oppressing Palestinians in the Palestine Territory. The LGBT efforts by Israel are also seen as being too homonormative. Too much directed towards gay men.

I am not getting into the first charge. I’m not an expert in that conflict and a serene debate is impossible.

The second charge is more my field of expertise. It’s not unwarranted. Tel Aviv Pride is de facto organised by the tourism board. On promotional visuals you see beautiful people wearing little textile partying on techno beats.

But there’s more diversity than meets the eye. I went out on Friday night, having a drink at Shpagat. I saw men of all ages and shapes and also some queer women. On Saturday at the unofficial gay beach Hilton Beach I also saw a mix of ages, body shapes and genders.

That’s one side of the story. The other side is how well LGBTQIs are embraced. You can see rainbow flags everywhere. On the route of Tel Aviv Pride, on government buildings but also on private homes and shops. Convenience store chain AM:PM flies the rainbow flag everywhere. Do you see supermarkets in Belgium doing this?

I also stayed at a Mister B&B, the gay cousin of airbnb. Although my hosts weren’t as engaging as my hosts in Taipei they were helpful and even provide with a sim card. How thoughtful.

On Rothchild Boulevard there was a collection of other LGBTQI flags. Here’s a collage. Do you recognise them all? I don’t but I’ll give a clue answers at the end of this blog entry. 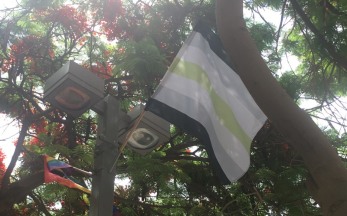 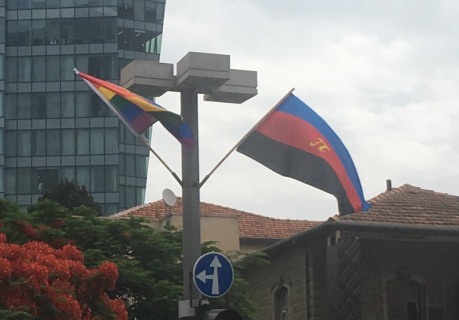 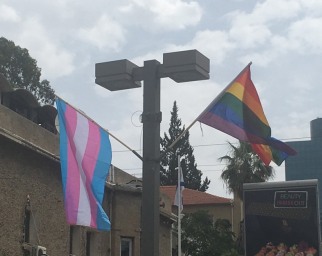 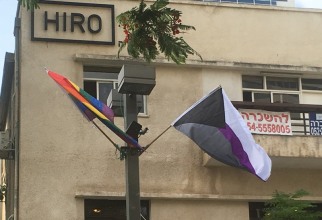 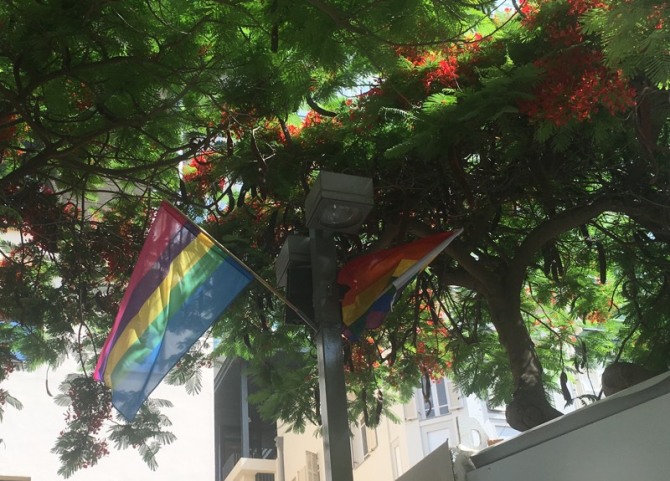 At the Carmel Market I bought a rainbow flag pocket square. This will be practical for Antwerp Pride. I don’t see this being sold at the Exotische Markt or Vogelenmarkt in Antwerp.

So? Before accusing Tel Aviv or Israel of easy pinkwashing, take a look at the bigger picture and at the situation on site. Yes, Israel may presenting itself as more democratic as you want it to be, but it does it very well. LGBT’s are genuinely embraced in The Bubble. And that is a fact. Even if you don’t like it.