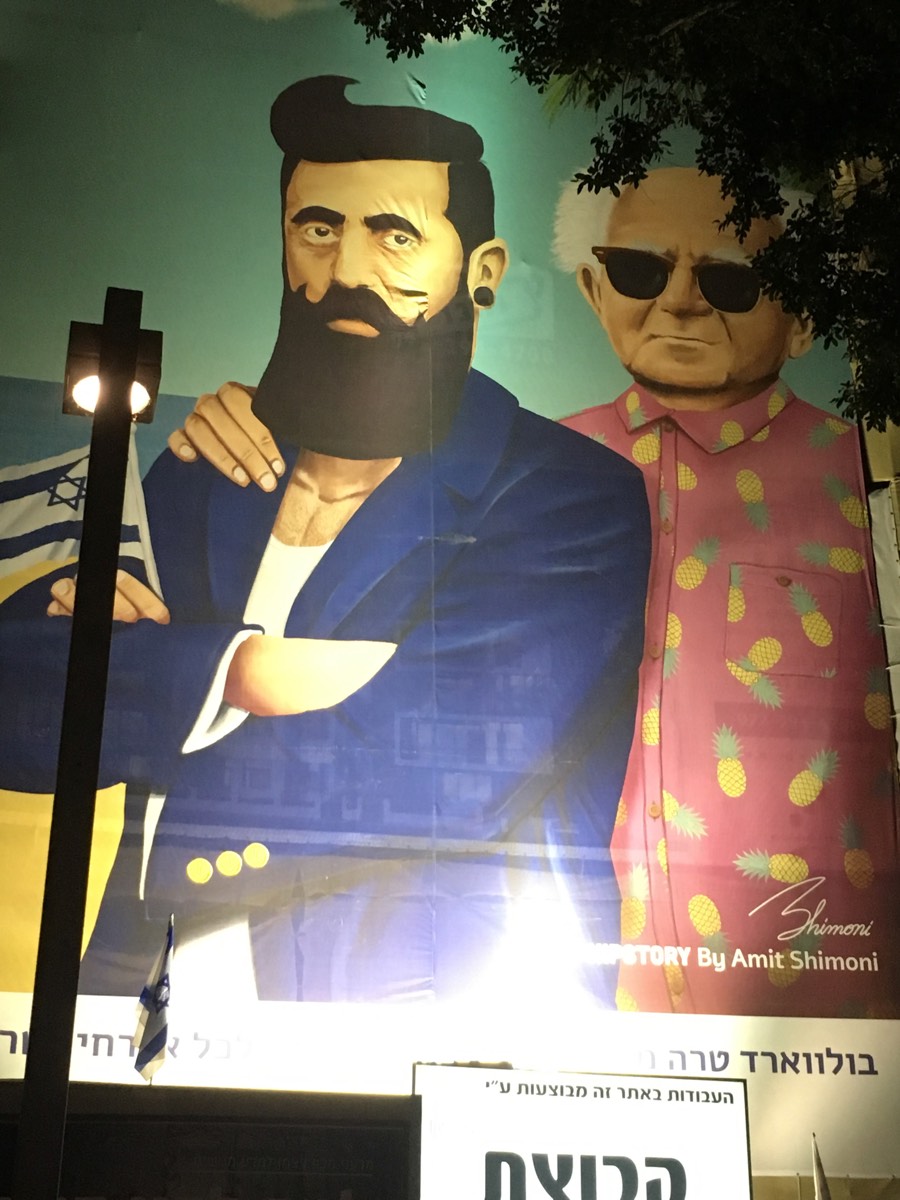 Slowly, broadcasters will present their entry for the Eurovision Song Contest (ESC), which this year takes place in Tel Aviv, Israel. If you haven’t already, mark 14, 16 and 18 May 2019 in your calendar.

I visited Tel Aviv in 2018, to sample its vibe, its gay-friendliness and to make a day trip by train to Jerusalem.

But I haven’t attended a Eurovision Song Contest. Christophe and Nicolas have. Let’s ask them what it is like.

For both, attending has been a tradition they don’t like to break.

They both skipped Baku as it was too expensive and unpractical. There are no direct flights and in 2012 Azerbaijan was not that open to tourism. Homophobic attitudes didn’t motivate them either.

As Nicolas is a teacher, he can’t take time off during school days. So a ESC host city must be practical to reach on a Friday night and he must be able to be back in Belgium on Sunday. Christophe can and will take days off. In 2018, for instance, he combined the Song Contest in Lisbon with a road trip in Portugal‘s Algarve region.

Since a few years now, the ESC consists of three parts: two semi-finals on Tuesday and Thursday and a final on Saturday.

But each show is run three times.

Prices vary per show, per year and per organizer. Nicolas paid 40 euros for the Family Show in Lisbon on Saturday, Christophe paid 17 euros for the Jury Show on Friday in Kiev in Ukraine in 2017.

“I have budget of 500 euros for Eurovision”, Nicolas says. “That includes flights, accommodation and a show.”

Christophe goes with a whole group of friends and enlarges Eurovision to a full blown vacation, while Nicolas goes for the weekend. Flying on Friday, going to the show on Saturday and flying home on Sunday. That was possible for Malmö in 2013, Copenhagen in 2014, Vienna in 2015 and Lisbon. Tel Aviv won’t be possible for Nicolas.

In Christophe’s group of friends, not everyone is an ESC aficionado as he is, some come for the fun, the friends and meeting new people. “Also, you can’t not be impressed by the production. It’s so well produced. When you go to a concert, a few songs are spectacle highlights. But as Eurovision is a contest, every participant gives everything to convince viewers to vote.”

“You can compare it to Tomorrowland in Boom“, says Nicolas. “People are happy and carry their flag and tal to each other.”

“And unlike a football championship, people actually wish each other well. There’s no animosity between fans”, adds Christophe.

Is Eurovision a gay thing? The question is rhetorical. Christophe watches the live shows on television with his friends. They rent a home or flat during the contest. Nicolas goes to a gay club to watch.

“As far as I know, there are no straight bars or clubs, for instance a sports bar, which would show the Eurovision Song Contest”, says Christophe. “Unlike Den Draak in Antwerp, which organizes evenings for both the ESC and for big football nights. Going out while in the ESC host city will be gay, with drag shows and everything you expect.”

“I don’t see straight people at Eurovision”, Nicolas says. “Even the Family Show is full of gay fans.”

An alternative to going to a gay club is watching the contest on big screens in the fan village. But you guessed it, you won’t be the only gay in the village.

Speaking of the gay link, Christophe is not sure of going to Tel Aviv. Because his calendar may not allow it, but also because he has personal moral concerns. “Am I comfortable spending money in a country which uses its income to wage war?”

One can’t mention Israel without considering the Palestine situation. Whatever your stance on the subject, on who’s right and who’s wrong, you know it’s delicate.

An often heard reproach is that of pinkwashing. “Pinkwashing is a portmanteau compound word of the words pink and whitewashing. In the context of LGBT rights, it is used to describe a variety of marketing and political strategies aimed at promoting products, countries, people or entities through an appeal to gay-friendliness, in order to be perceived as progressive, modern and tolerant”, says Wikipedia on the subject.

“I am not calling for a boycot”, Christophe stresses. “I do believe Eurovision is apolitical and if you accept Israel as a contestant, you must accept the contest being organized in Israel. The same principle applies to Azerbaijan or Russia for instance.”

“But context is everything. We know the Israeli government will use ESC to promote itself as being very tolerant while there are obviously not. Furthermore money that is spend there will be used to buy guns and build walls”. It provides a bitter aftertaste after a show that brings people together. Netta‘s victory in 2017 coincided with the move of the Embassy of the United States to Jerusalem.”

The status of Jerusalem as capital is controversial. It’s an understatement.

“The contrast with the previous Israeli victory is enormous”, Christophe explains. “When Dana International won in Birmingham (United Kingdom) in 1998, Israelis and Palestinians were closer to each other. The Oslo Accords (1993) were still fresh.”

“Eurovision wants to be politically neutral. But contestants can make choices and statements. Loreen (ESC 2012) visited homeless people in Baku. The building of the Baku Crystal Hall was controversial as it displaced people from their homes.”

“It’s to up to every individual to make up his or her mind”.

Checking the human rights situation of your destination is alway a good idea. Here’s how.

Photos of the ESC were provided by Nicolas.