Back when Timothy and I where planning our big trip to France, Italy and Switzerland there was a promotional display by Visit Switzerland in the Antwerp Central station from where Timothy took a brochure featuring the Swiss Historic hotels.

As we were looking for a stopover on our route from Sankt Moritz to Montreux we stumbled upon the Ruedihus, a classic Alpine guesthouse, and decided to include it in our itinerary. However as Timothy was unable to travel and I had to go on my own the hotel requested if they could accommodate me in a single person room at their main building the Waldhotel Doldenhorn. 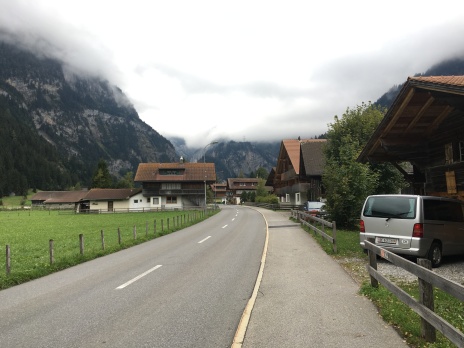 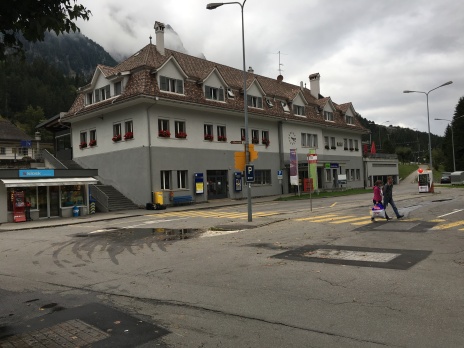 After walking through the quaint village of Kandersteg I reached the Waldhotel Doldenhorn, located at the edge of the village and the forest. The hotel was exactly as you would picture and alpine hotel to be like. I was greeted by the very friendly reception desk staff and after being shown to my room to drop off my bags I was offered a glass of wine as a welcome drink and an explanation of everything the hotel had to offer. As it was close to 17:00 by that time I was right on time to enjoy some of cakes and pies and tea offered by the hotel to its guests. You had a choice between a few freshly made cakes and pies and a wide array of different teas, all offered in a beautiful display.

The Room was a rather basic affair, located right under the roof so I had to be careful not to hit my head against the sloping ceiling. The room was filled with old style furniture, 2 closets, a rather big bed for 1 person and 2 chairs along a table to sit on. As a welcome amenity the hotel offered an apple, and down in a “picnic” basket you could find slippers, a bath gown and a towel to use in the wellness of the hotel. The most peculiar thing was the lack of curtains at both the side window and the roof window, however in the morning it was clear that this was not needed as the hotel was located at the shadow side of the mountain so no direct sunlight entered the room. As complimentary tea and cakes where offered in the lobby between 17:00 and 18:00 there were no coffee and tea facilities in the room and there also was no minibar offered. 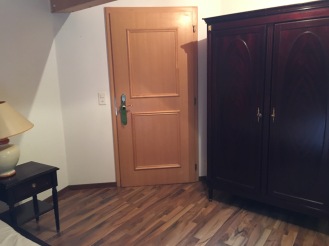 The bathroom was a really bare affair, offering just what was needed and nothing more. There was a toilet, a washbasin and a shower, but without shower curtain. Somehow I managed to shower without flooding the room however. The lack of a shower curtain and a lamp covering and not enough space to put your affairs made the bathroom a bit disappointing and could use with some improvement.

The Wellness and Fitness

The highlight of the hotel is without doubt the stunning and huge wellness facilities located in the basement. Here you can find some fitness machines, as well as all kinds of saunas and steam rooms. There is also a huge indoor-outdoor pool, most of it is inside but you can swim through a lock to the outside portion. Loungers are offered along the pool area both inside and outside aswell as in a separate rest area. If you wished you could also reserve some massage and other therapies at an extra fee. As with my usual luck in hotels, the Jacuzzi was out of service but since I was the only one in the entire facility as I was there I did enjoy myself very much. 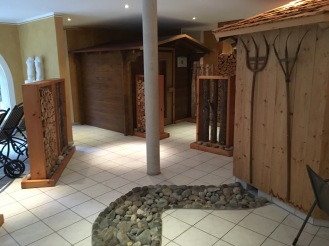 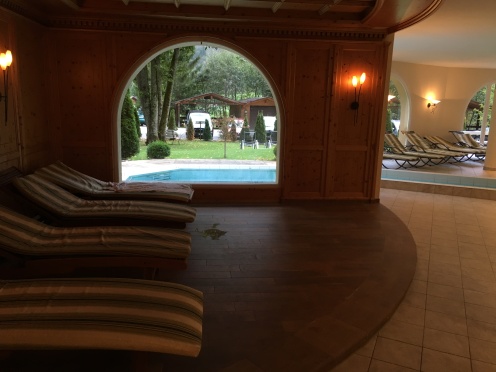 In the evening you could eat on one of the several restaurants offered by the 2 hotels. I selected to eat in the main restaurant at Doldenhorn itself as I did not feel like walking towards the Ruedihus located at the other side of the main road. The main restaurant was also subdivided in different rooms, each in its own distinct decoration, in the evening I was seated in the veranda section. You either had the option to eat a la carte or select one of the set menu’s included in the half board formula. I decided to go for the second menu with a main of fish. All plates where very delicious and the entire cheese cart was setup just for me. As I was alone I opted not to drink any alcohol with the meal but decided to try the water from the hotel’s own spring, which had a very nice taste (as far as waters go) 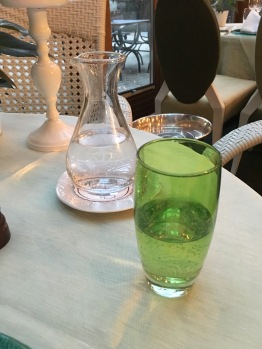 In the morning breakfast was served in the main restaurant, this time I was seated in the main section at the front of the building with a beautiful mountain view.  Tea and coffee where brought to your table as well as a number of hot dishes you could choose from a menu. The rest of the breakfast was offered in a buffet style in a separate room with a beautiful and big offering giving me lots of stress to choose. The yoghurts they had on offer where of the village itself so I could not resist trying one. 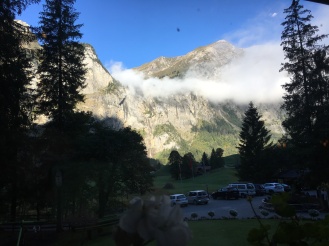 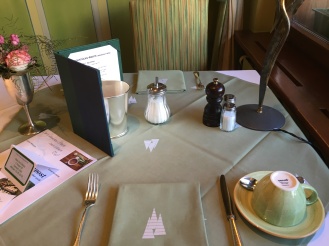 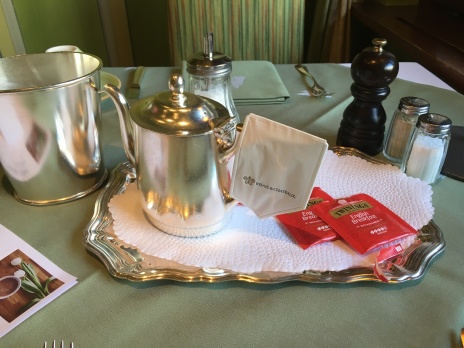 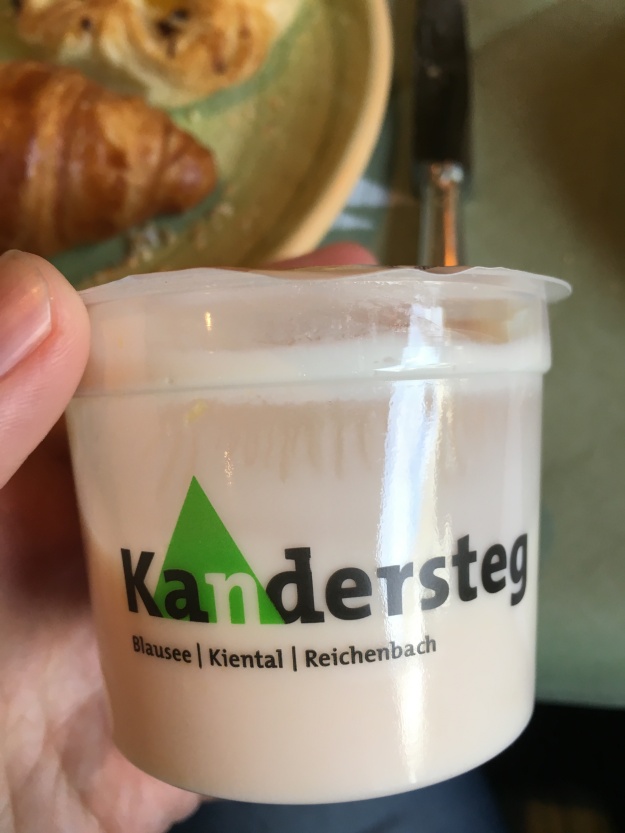 I was extremely pleased by my stay in the Doldenhorn hotel, if I ever stay in the area again I will definably stay either in the Doldenhorn again or most likely try out their Ruedihus annex. If you ever find yourself in the area and need a place to stay this is definably the place to go. While the room itself might not be something special the facilities and the professional and friendly staff more than make up for it. This hotel clearly shows that plenty of well trained and motivated staff can more than make your journey.