After another scenic journey over the Golden Pass route from Kandersteg to Montreux, I would be staying at the Golf Hôtel René Capt.

The hotel was beautiful located along the lake and the lake promenade. Once again it was a grand hotel in a typical belle époque style, like I had in Interlaken and Sankt Moritz. The hotel had a beautiful lobby and a grand staircase and if you wished you could relax in the beautiful lakeside garden.

At check-in I was given a real key after they overcome the initial issue with finding the reservation that was originally made by Timothy and headed up to my room on the second floor. I was also given a public transport pass to discover the Montreux and Vevey area, which I duly did the following day. 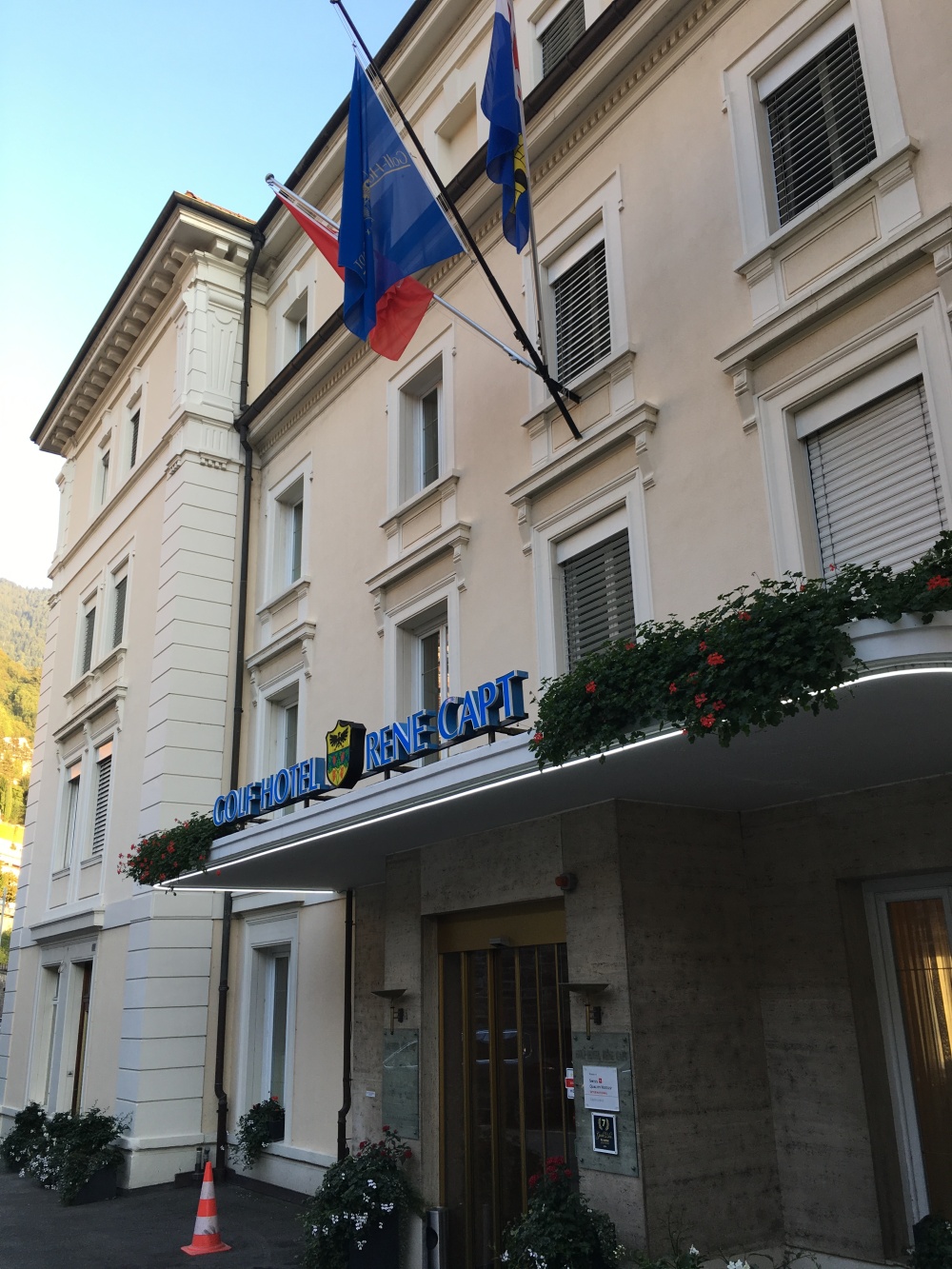 The room was large and spacious, as it was located at the railway track side of the hotel I immediately felt at home hearing the trains passing by. There was a large bed in the middle of the room, with a large desk at the side of the room where you had plenty of power outlets and even USB plugs. Next to the entrance door there was a large closet where there was also an ironing board and iron as well as the tea and coffee making facilities.

The bathroom also had a window at the street side, but as there where good exterior blinds no one could look inside.  There was a large shower cabin and some lovely products to use. 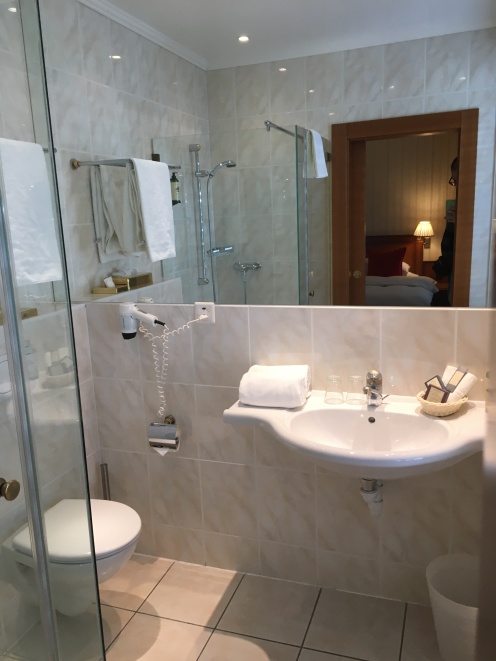 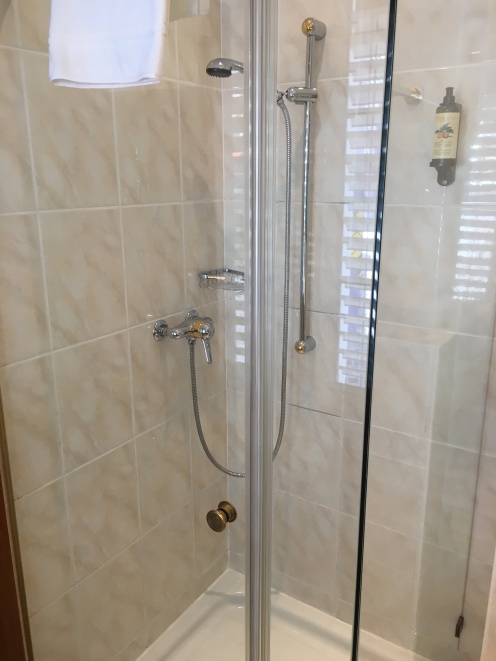 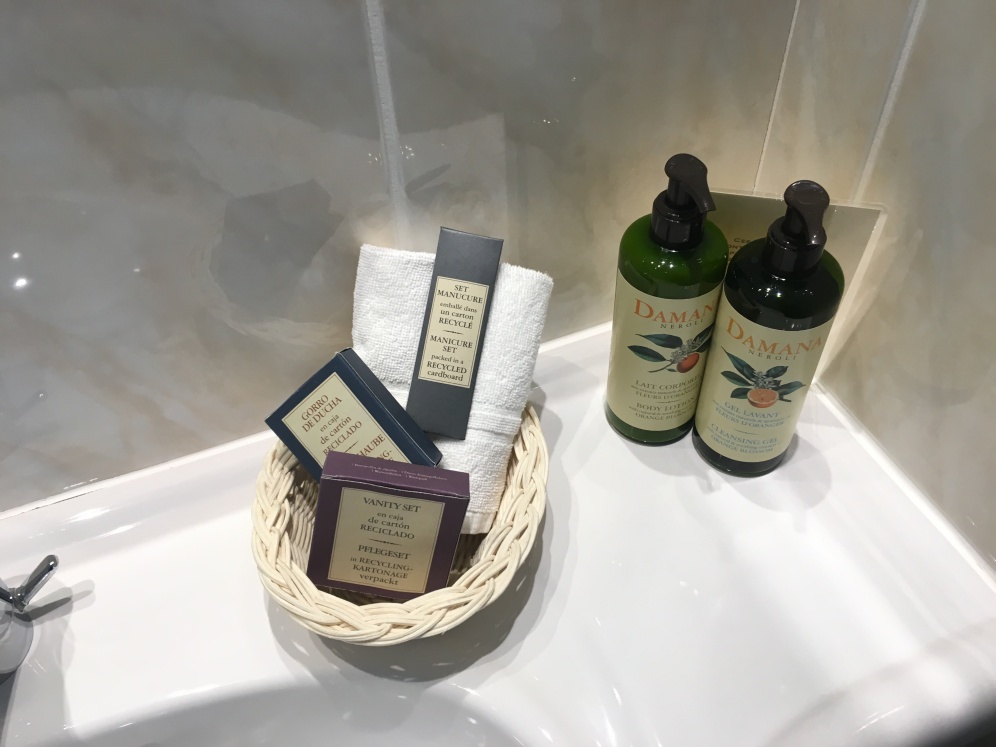 Breakfast was served downstairs in the main restaurant. There was a typical breakfast buffet with some hot and more cold items, of course featuring a Swiss cheese board. Coffee and tea was served at your table and could not be found in a self-service option.

The first morning only two members of staff where working the breakfast room and they were clearly overworked, not one time did they come up to me and ask whether I wanted some coffee or tea to drink instead opting to completely ignore me, luckily on the second morning there were four members of staff working the breakfast room and I was friendly welcomed an offered a hot drink. This is a clear example which shows that staffing levels can give a guest a positive or negative experience in a hotel. 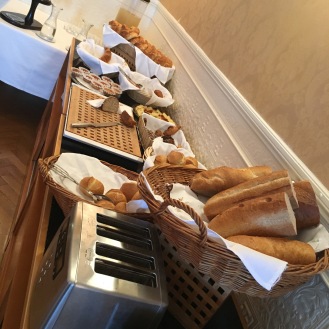 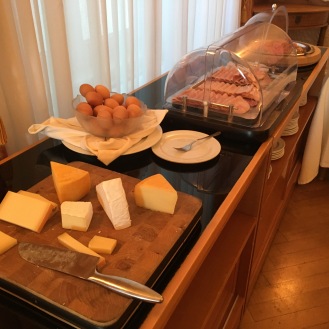 With the exception of the mess at the first morning’s breakfast I was generally pleased with the hotel and I would not hesitate to stay there again.