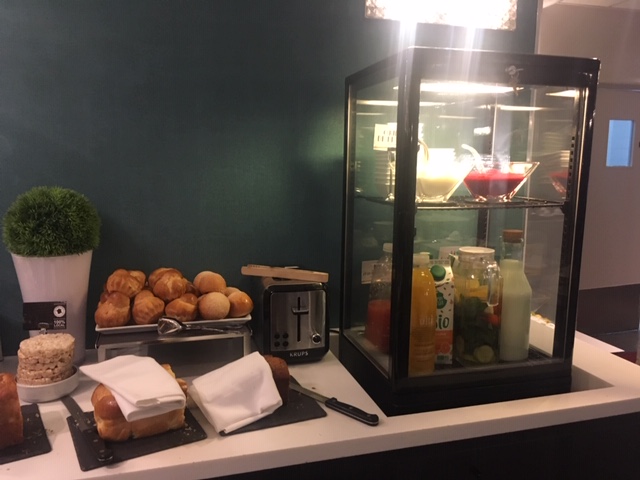 Wim, Bert and I stayed at the Mercure Paris Opéra Faubourg Montmartre Hotel (which sounds like the longest hotel name ever) during our January 2019 excursion to Paris to see a Vladimir Cosma concert at Le Grand Rex.

We chose the Mercure Paris Opéra Faubourg Montmartre not for its endless name, but for its location in the 9th arrondissement. It’s walking distance from the Gare du Nord (Paris-North railway station), the Gare de l’Est (Paris-East), Le Grand Rex and even the Louvre and honestly even Notre-Dame Cathedral is walking distance (about 40 minutes).

I should start with two side notes. Firstly the 12 January 2019 gas explosion at a bakery in Rue de Trévise was just nearby. Secondly after numerous terrorist attacks, doors are closed or bags are checked. 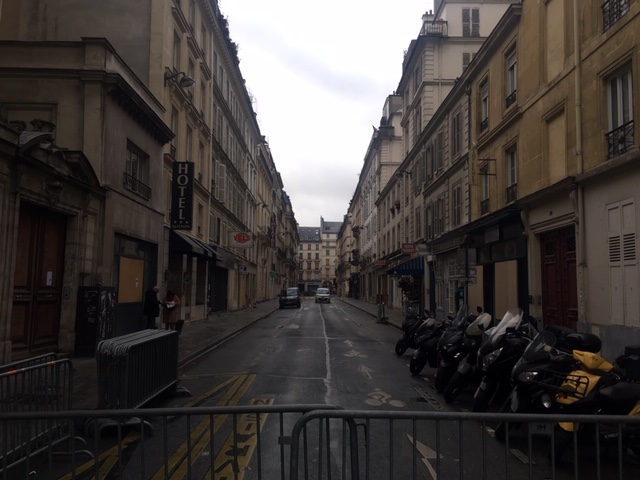 To enter the hotel, you must ring the bell.

We arrived at the hotel at noon and the room wasn’t ready. Fair enough. When could leave our luggage in the consigne.

Around 4-5PM we returned. Check-in was more or less smooth. We didn’t need to show our identity cards. But we received only one key card to the room. The check-in attendant didn’t even ask if we would like three key cards.

We booked a room for three, it turned out to be 2+1. I felt like being Bert and Wim’s child or toyboy in the small bed, even if I’m the elder of the three. The extra bed was long enough though. 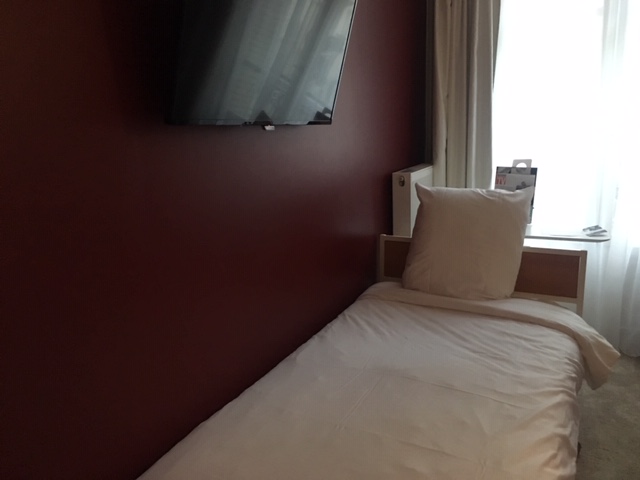 The room was basic, the bathroom larger than usual. There were towels, cups, soap, water, coffee and tea for three. There were enough power outlets, but you had to jiggle your charger to get contact.

There was airconditioning but it didn’t seem to work.

The room and its windows were soundproof enough. I find it hard to tell more. Nothing felt wrong, but nothing charmed us.

This is Paris. France. So expectation for breakfast were low. It turned out to be more than okay. There was a self service egg station, bacon and sausages, some juices, cheeses, yoghurts, baguettes, croissants, toast, cheese, meat, coffee, tea. What you need.

One difficulty for me as I am genuinely clumsy is lack of space on the buffet table. I can’t hold a plate with one hand and serve myself with the other. I had to be very creative as there was no room to put my plate. 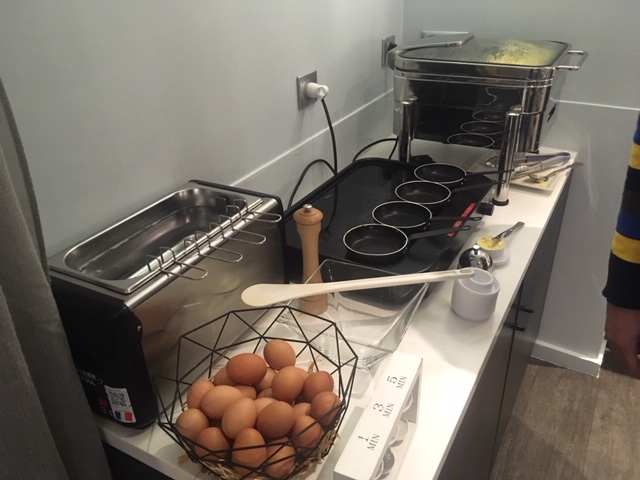 I can’t find a fault at Mercure Paris Opéra Faubourg Montmartre. But I can’t find anything to be thrilled about. WiFi was very good and easy. So maybe that.