I began my flight a bit stressed as check-in was difficult and upon boarding I apparently needed an extra security clearance. So I ended up boarding almost last, having to store my bag further away and being unable to make decent photos of the cabin. It could influence how I experienced the flight.

OO-SFD is 10 years old and came over from Cathay Pacific. Brussels Airlines put the bird into service on 30 April 2019. The cabin is new and it shows. It’s clean, it’s fresh.

Seats are in 2-4-2 configuration. Leg room is okay, as is the recline. The head rest is okay. The tablet is quite standard. But the padding of the seat could be thicker. At numerous times during the flight I had a sore bum. From sitting, not from something else…

Th screen is large and contrast is good. I could watch my screen well. The sound was good. The catalogue of films and series is disappointing.,Yes there are quite a few films including superhero films and Belgian film ‘Girl‘. 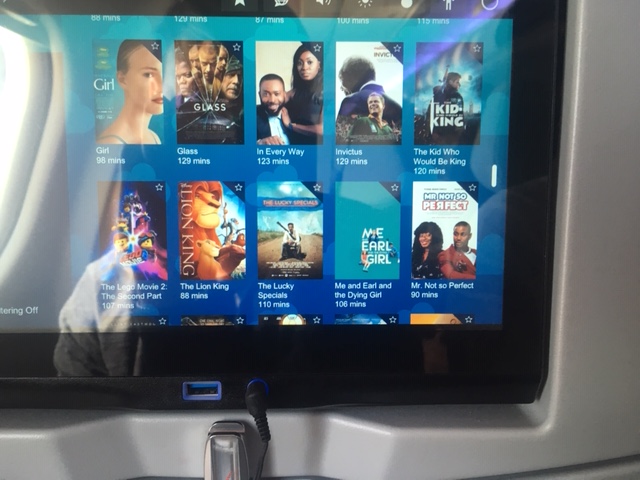 But with only some episodes of ‘Marlon‘, ‘Westworld‘, ‘Arrow‘ and ‘The Big Bang Theory‘, the catalogue of the shows could be better.

Shortly after takeoff, we got drinks and a salty snack. The main meal offered a choice of beef or fish. The fish turned to be cubes of what I think was cod with vegetables. Not the most appetizing dish.

There was some rice, cheese and bread and a little tartelette. Unfortunately, when I tried to open the wrapping, my dessert escaped and ended up on the floor.

Before landing, we received another drink and some pizza-tasting, sandwich-like thing. That was okay. 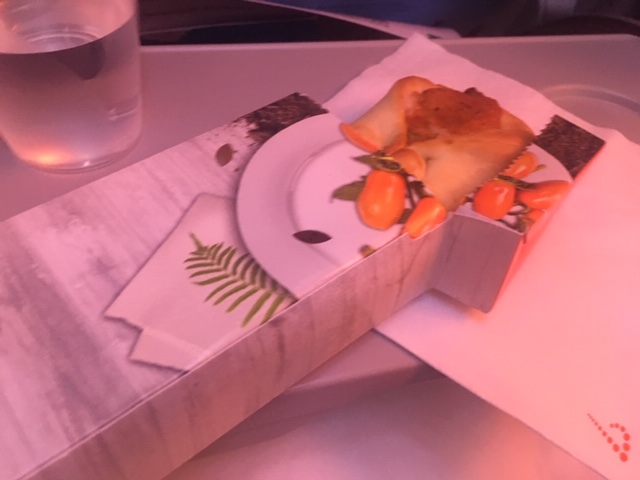 The crew were nice, polite and multilingual. But they were also somewhat absent.

I messed up my landing card and wanted another one. After trying to catch their attention without pushing the attendant button, I did just that. No response. When I stopped a crew member she said she was going to get one, but I never got a new landing card.

The flight was smooth and uneventful. The seat is hard, the crew was absent and food and entertainment system could use some tweaking.

An okay experience. Not bad, not good.