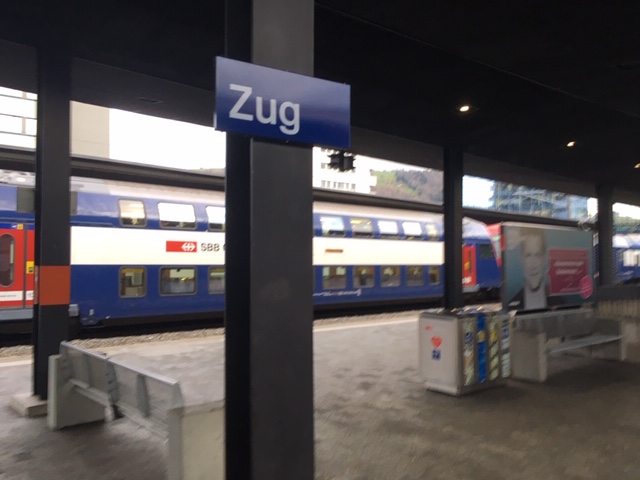 My sister lives in Zug, Switzerland. From Antwerp in Belgium there are several possible routes.

Route 1 is via Paris. It involves a station change in Paris and that’s annoying.

Route 2 is very straightforward. Antwerp to Brussels; to Frankfurt; to Zürich; to Zug. Almost all of them with Deutsche Bahn‘s ICE trains. I took this route on the return trip.

I tried an alternative. I was scheduled to to do Antwerp-Central; Brussels-North; Cologne Main Station; Basel SBB; Lucerne, Zug. 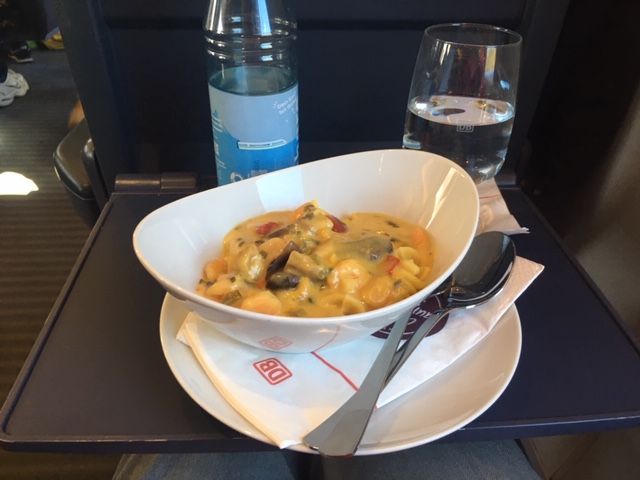 The Frankfurt bound ICE was uneventful. But the Cologne – Basel part started badly. Two parts are scheduled to couple in Cologne and the last part arrived first, which means the coach numbering was partially reversed.

Secondly the nose of the ICE wasn’t ready for coupling so passenger movement came first, delaying, in all, departure by 15 minutes. Annoying when you know my transfer time in Basel SBB was 16 minutes.

En route for Basel we were delayed more due to engineering works. So train personnel had their work cut out informing and arranging transfers.

In the end the train was limited to Basel Badischer Bahnhof. This meant losing time reaching Basel SBB. There I took a TGV Lyria to Zürich and a train to Zug. I was some 30 minutes later than planned. Which is okay.

But I was crossed because in Cologne I discovered there’s a locomotive hauled ‘classic’ train with SBB-CFF-FFS rolling stock travelling from Hamburg to Zürich. The rolling stock includes a panorama coach and a restaurant car.

If only… but there’s no point crying over spilled milk. Next time. 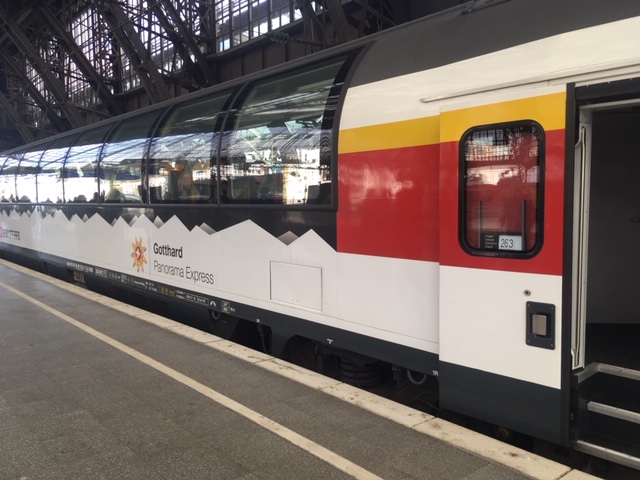 Service in the train was pleasant. I treat myself first class tickets when I visit my sister. In the DB ICE’s the catering isn’t included but an attendant comes and takes your order.

WiFi worked just fine. It’s a nice ride. The seats are a touch too hard on the bum.