In September 2014 I visited Seoul. Obviously when there you must visit the Joint Security Area (JSA) at the so-called Truce Village or Panmunjom. It’s the best known and focal point of the Korean Demilitarized Zone (DMZ).

As a mere mortal, I don’t get to visit an active frontline safely every day.

I booked a DMZ tour in advance. If you’re interested, don’t browse for ‘DMZ tours’ but ‘JSA tours’. The DMZ is actually the complete 250 km long and 4 km wide demilitarized zone crossing the 38th parallel. What you visit is the JSA, the famous complex with its United Nations blue buildings.

It’s were all the fuzz and buzz happened on Friday the 27th of April 2018. Kim Jong-un met Moon Jae-in. They shook hands, crossed the line, held hands, talked.

If you’re not acquainted with Belgian mentality, let me tell you this: we tend not to take things too seriously. A show of power quickly seems exaggerated, theatrical and unnecessary.

As a matter of fact, ‘Is this necessary?’ could be our country’s motto instead of ‘Unity makes strength’. There in Korea I shared this nonchalant attitude with a French family. “I’m sure it’s more show than reality”, we laughed.

We were wrong. From the outset it was clear that South Korea takes the North Korean threat very, I emphasize very, seriously. ROK’s capital Seoul is not far from the frontline.

Between Seoul and the DMZ you can see the defenses, which include towers, fences an barbed wire. But also antitank bridges. With a minimum of explosives a heavy amount of concrete blocks the roads instantly. I’m not sure how to explain. I hope the photos help.

Also notable are the hills in the North. The trees are removed. I don’t remember why.

Before you get to the JSA you’re shown a shot train, tracks and the Bridge of No Return. 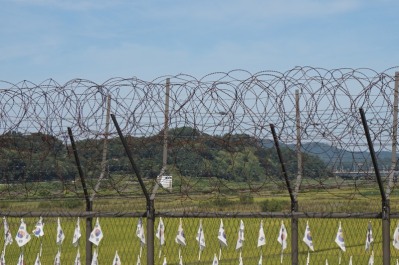 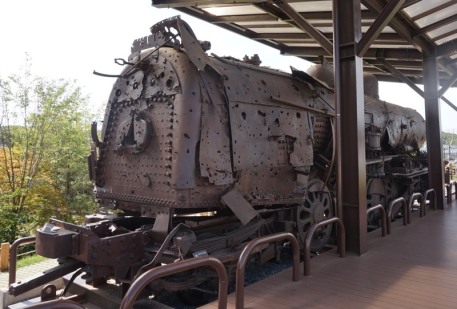 One meter into North Korea

The highlight of the tour is obviously the JSA. It’s just very well maintained buildings, the Freedom House Pagoda (ROK), Panmungak (DPRK) and some pristine roads.

The absolute highlight of the highlight is stepping into that blue meeting room, right on the border / frontline. There you get to step into North Korea. It does feel special.

Yes I know, you can visit the DPRK. And yes you get to go to the JSA from the North. So you see the reverse point of view. But it doesn’t spoil how special it felt. For half a minute I crossed a frontline. Wow.

You may have noticed there are no photos of the southern installations. We were not allowed to photograph them.

Watching the news of Friday felt special and mak me think of the excursion. I’m sure I’m not the only one who felt how I felt being at the JSA. 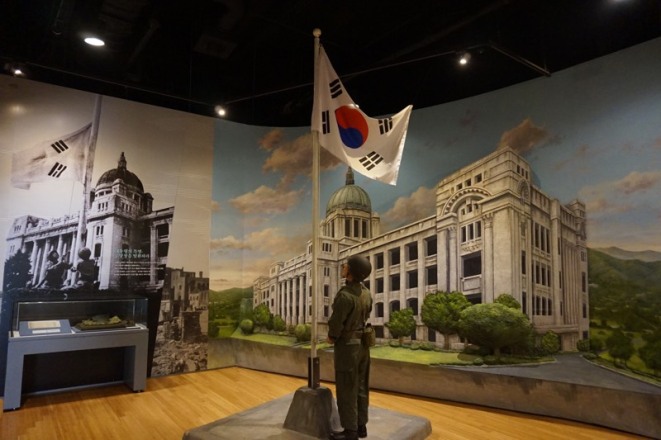