In the spring of 2018 Ivan and I made a trip through Germany, Poland and Czechia. On this trip we stayed a few days in Kraków and we felt that we had to visit the infamous death camps of Oświęcim (Auschwitz).

We started off in the morning in the main station of Kraków Główny and took a local train bound for Oświęcim. This was formed of an old Soviet-style 4-coach electrical multiple unit, even though sporting a new livery and LED screens on the outside, still very much in its original design with faux leather bench seats inside but some LCD screens where added to give information on the stops and progress on the way. 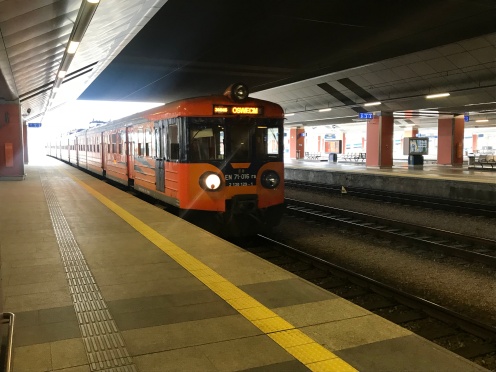 After we arrived at the station of Oświęcim we first walked to the smaller base camp of Auschwitz I, getting lost in the small streets of the typical Polish town on the way. This is where you can find the main parking areas and visitor centre.

As it was originally built as a polish army camp and later expanded with brick buildings most of this camp is still standing. To visit this part you must partake in a guided tour, best booked in advance to make sure you still have a spot to join. 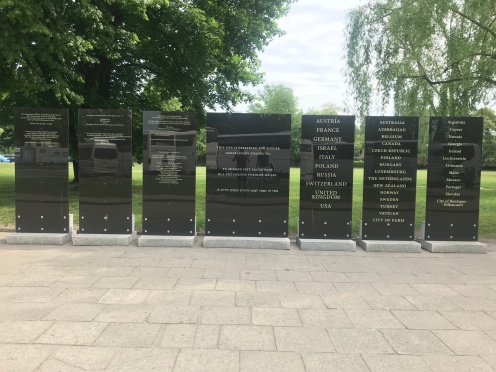 The tour started by taking us through the former main entrance with the infamous “Arbeit macht Frei” sign over the entry gate. The tour then took us through several of the buildings that hosted all kinds of exhibitions about the death camps all the while the guide gave more detailed information on what we saw, and what happened in the camps.

You really got an image of how horrible life and conditions where at this camp. 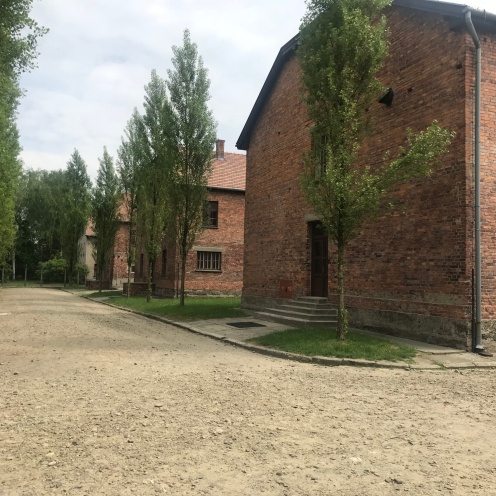 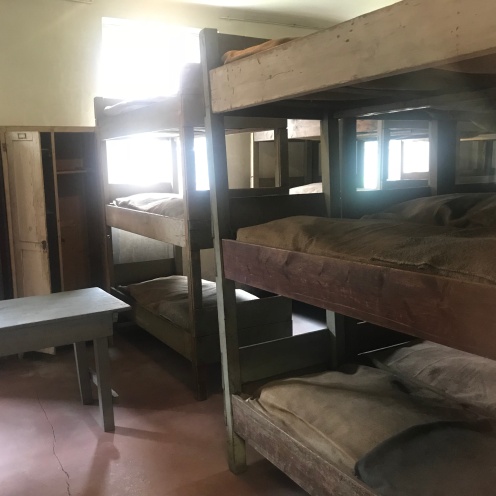 Some of the most confronting displays where those where they stored the hair and possessions of some of the people that passed through the camp, very chilling to see the sheer size of the operations taking place here. The visit of the main camp ended at one of the furnaces where the mass killings happened and people’s remains where burned.

After being humbled by this first part we were invited to take the shuttle bus down to the bigger second camp of Auschwitz II Birkenau. 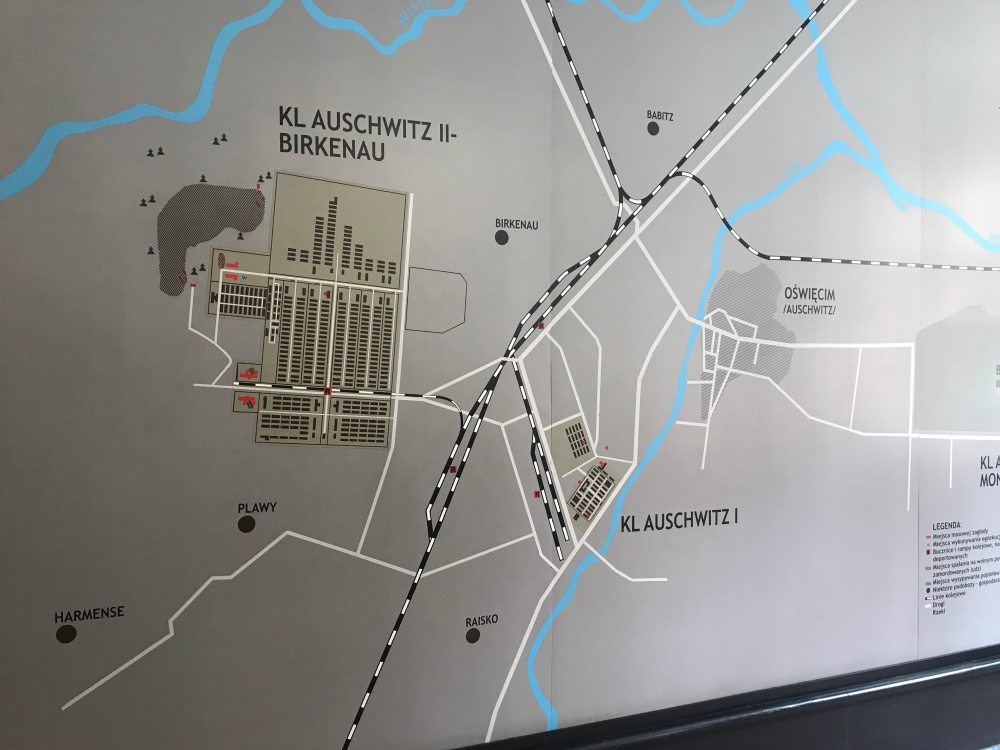 After a short ride across town we arrived at the gate best known from all the televisions documentaries.  As soon as we walked through the main gate, the sunny skies turned grey a sudden cold wind started blowing and some light rain started drizzling down combined with the view of the size of the camp this made you feel a chill down to the bone. 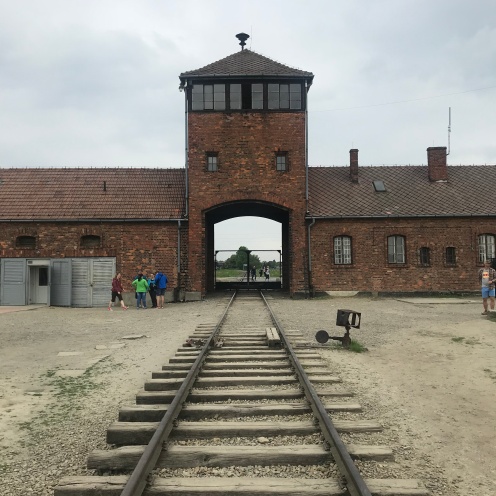 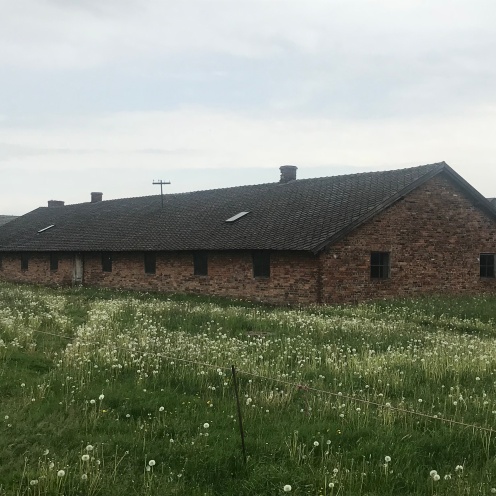 The second camp was huge in size, you were almost unable to see the end of it, and a huge train unloading dock was in the middle of the site.

As only the entrance gate was made of stone it was the only building left standing, all the barracks holding the prisoners where made of wood and torn down after the war because it would have been too expensive to keep them all in a structural sound state. Only in one corner of the camp there were still a few wooden barracks left to give you the impression of how the camp conditions where. 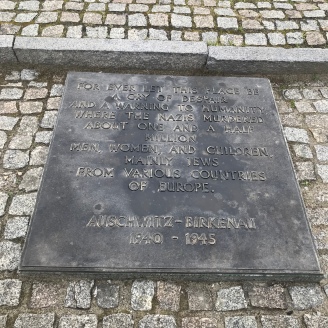 At the far end of the site there was a memorial dedicated to all the people that suffered and died during the war, this was built on the spot where originally some of the death chambers and furnaces stood before the Germans blew them up to wipe out all traces at the end of the war.

I was very much humbled during my visit and I think everyone should visit and pay a tribute to the people that suffered here.

It’s also a good lesson in never letting things like this happen again and make no more war.

If you are ever in the area you must stop by, and why not plan on going there yourself as it is the only way to get even only a slight idea of how bad things where no documentary or book can make you feel what you feel and experience when you visit for yourself.