In the first half of 2019 Belgium‘s flagship airliner Brussels Airlines introduced a new business class cabin called ‘Boutique Hotel‘. On my way home from the United States I decided to bid for an upgrade.

I always said I’d only consider paying business class if the flight is long enough. New York – Brussels isn’t a real long flight, but a few months ago I felt not well and I decided to bid for an upgrade. Plus I could then write another review. Haha!

I had the same plane on my flight to John F. Kennedy International Airport (JFK) as from JFK: OO-SFD. It’s been put into service in April 2019.

The ‘Boutique Hotel’ business class cabin has a 1-2-1 configuration. I was lucky to sit in seat 2K, a solo seat with the actual seat against the window.

The cabin looks neat and fresh. I like the colour scheme of white, blue and grey.

Allright. I will admit at this point my only reference is Cathay Pacific‘s business class (and the many flight reviews I’ve seen on YouTube).

The seat is what you expect from a modern business class seat. Three-point seat belt, lay-flat, good legroom. Power outlet and USB-outlet. Big screen. The control panel is quite easy to figure out.

Compared to Cathay there isn’t that much storage space. I could have used some for my shoes. I took them off and let them on the floor, but when you put your seat flat, they’re an obstruction. 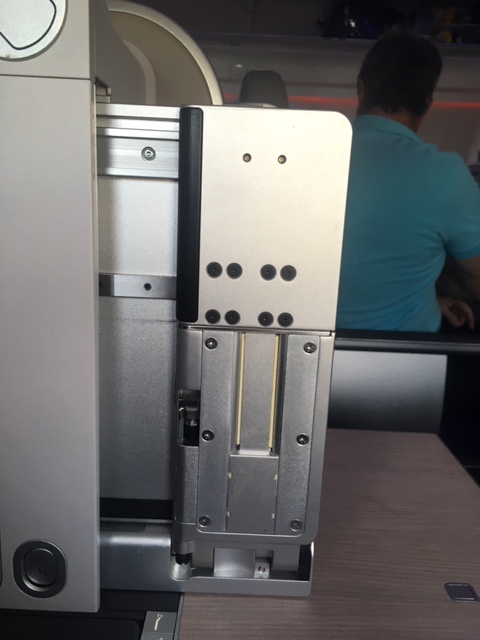 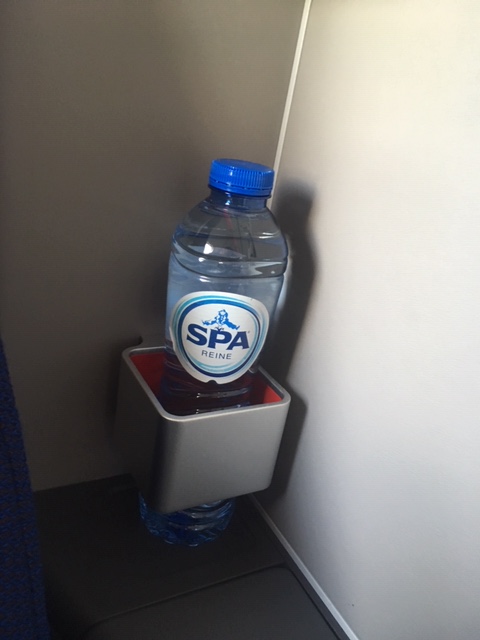 The entertainment is the same as in economy. It’s okay. The catalogue isn’t that elaborate, but features some Belgian productions such as ‘Girl‘. Unfortunately it was the censored version. That’s a shame, SN!

On this 7-hour flight you get two meals. As SN502 departs JFK at 6.15PM EST you get dinner after take-off and breakfast upon arrival (7.45 AM CET). 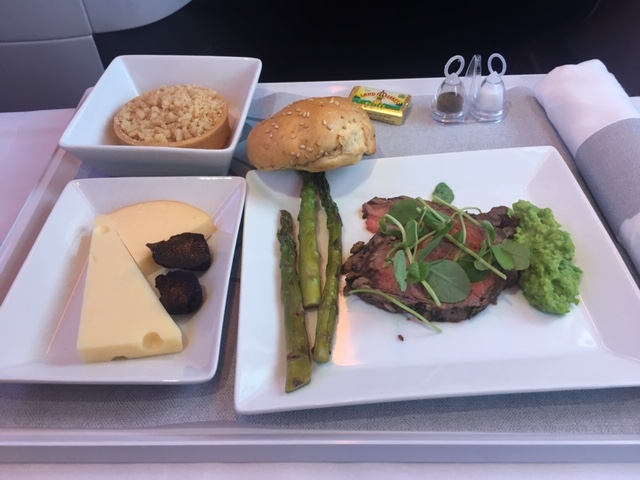 Firstly you’re greeted with pre-departure drink. Once at cruising altitude, we got the menu and an apéritif.

On the menu that day:

You can ask for an express dinner and receive all at once. 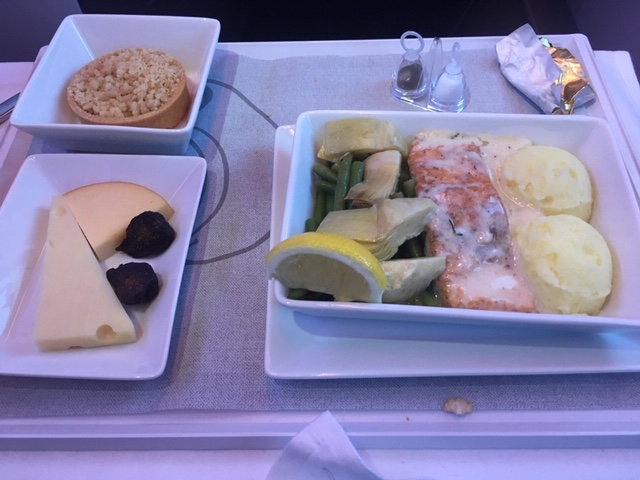 After dinner there’s coffee and tea and a Neuhaus praline.

Although I was charmed by the starter, the cheese and the praline, I was underwhelmed by the salmon and mash and the dessert. They were fine but not more than that. By the way the dessert was a tart, not a cake.

But anyway, dinner service was professional, friendly and overall pleasant.

A ‘light breakfast’ was announced and it’s what you get: a croissant, a roll, some jam and butter, cream cheese, fruit and a yoghurt. Obviously you can have coffee or tea.

I wasn’t hungry so the breakfast sufficed me but again it wasn’t overwhelming.

I didn’t sleep that well. Don’t get me wrong: the seat is very comfortable. The three-point seat belt needs getting used to, though. The flight is relatively short and early so I wasn’t tired enough.

But the pillow is good and there’s enough room for my 1m82.

There’s also bar with drinks and snacks in the (unlikely) event you’re hungry after your dinner.

I haven’t forgotten to tell you about the amenities bag. It’s by Essentiel Antwerp and contains the essentials (I couldn’t resist this easy pun): eyemask, toothbrush and paste, a pen, socks, hand and body cream by Rituals and earplugs. 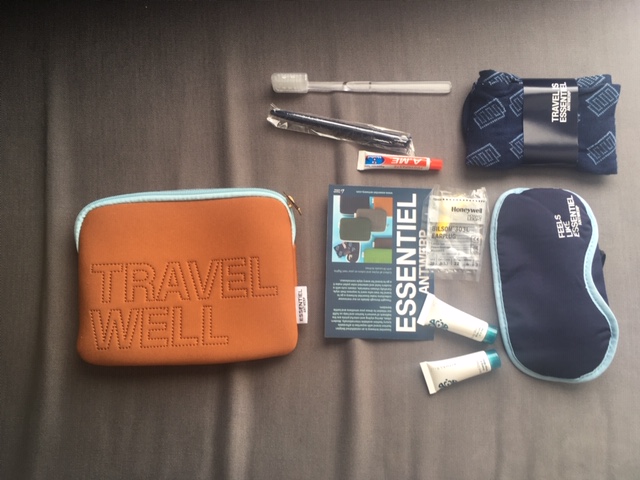 A very nice touch was a box of Neuhaus pralines we received after landing in Brussels. Yum.

Yes, Brussels Airlines ‘Boutique Hotel’ is a nice hard product and a decent soft product. But nothing overwhelming. If SN is honest, it knows it as well. That’s fine. SN is not Singapore Airlines or Etihad.

Will I book it again? Maybe. But BRU – JFK is too short to pay for the upgrade. I did it once, but I’m not sure I will pay it again.

Have you flown in SN C-class? What is your experience? 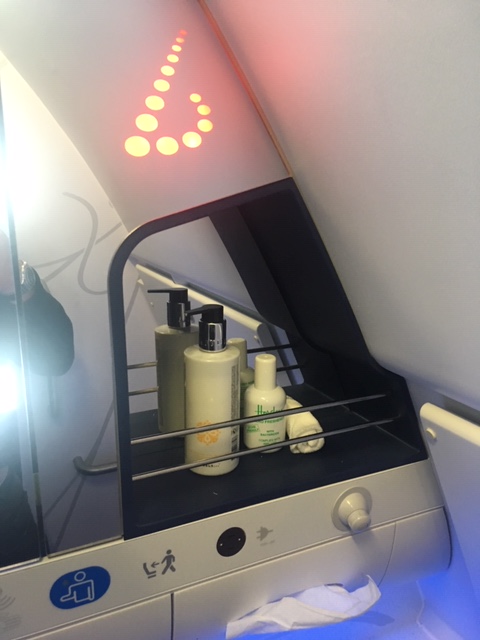