Austrian Airlines was the only Lufthansa Group airline I hadn’t tried yet. So I was really excited for this flight. Austrian Airlines is one of the few airlines that still offers complimentary service on board, which is always nice.

Text and photos by Nico.
More by Nico. 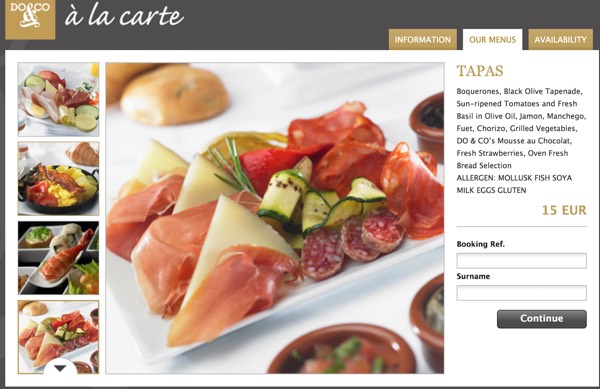 Before arriving at the airport

Austrian Airlines offers their guests a ‘small snack’ on board, we’ll get into that later. If you know in advance you will be hungry on board, you can pre-order a meal for 15 euros. Austrian Airlines uses Do&Co catering, which is famous for their high quality.

You can choose breakfast, cheese plates, tapas and even sushi.

We didn’t try this pre-order service on this flight.

During the online check-in we were also offered to buy an upgrade to business class, at a cost of 285 euros for two persons.

On the ground: Austrian Airlines check-in process is a hot mess

A day before our flight we’ve received an email from Austrian Airlines encouraging us to check in our hand luggage.

We decided to be good boys and to check-in our hand luggage, but boy that’s a complicated thing to do.

At the airport, Austrian Airlines ground staff actively encourages passengers to use self check-in counters. We tried, but the system wouldn’t recognise our booking reference.

Guess what: we couldn’t check-in at the staffed counter either, because apparently there is a separate check-in counter for people who want to drop hand luggage.

This is all a hot mess. I can’t get my head around why Austrian Airlines actively encourages passengers to check-in hand luggage, but that three employees of the groundstaf didn’t know how to help passengers out who actually want to do so.

When we arrived at the gate (after a visit to the lounge, of which you can read a separate review), our flight was announced to be 10 minutes late.

I’m always suspicious when I see this kind of announcements. Usually, airlines don’t inform you about a 10 minute delay, so I guessed our delay would be significantly longer.

My guess was right: eventually the flight took off at 16.05 hours, 50 minutes late.

We had an aircraft with the new Austrian Airlines livery. Our Airbus A320 was parked next to an airplane with the old livery. The first plane on this picture has the old livery, I let you decide which livery you like most. 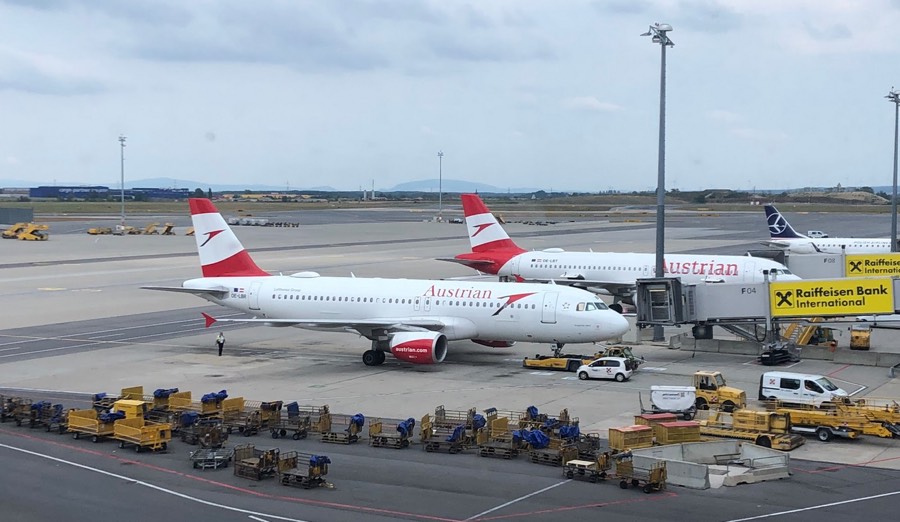 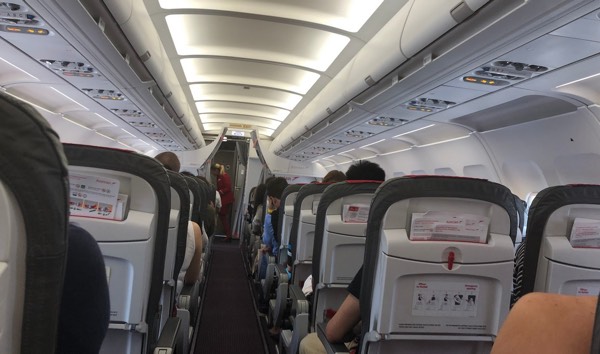 We weren’t the first to board, so I have no pictures of an empty cabin. Austrian Airlines uses the same Recaro seats as most airlines nowadays on intra-European flights. 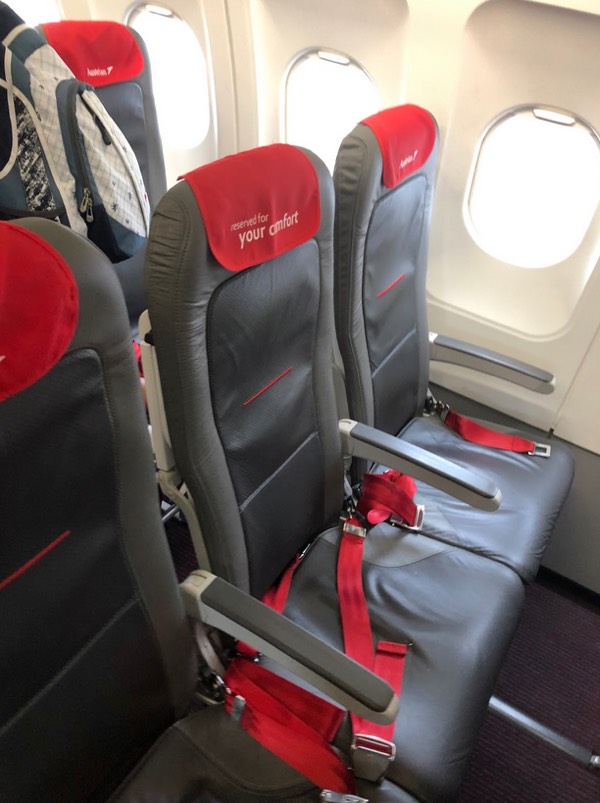 The seats had some red finishes, as you’d expect on Austrian Airlines.

Once airborne, the cabin crew started the inflight service as soon as the seatbelt sign was switched off. Austrian Airlines offers the choice between a sweet or savoury snack and complimentary drinks. 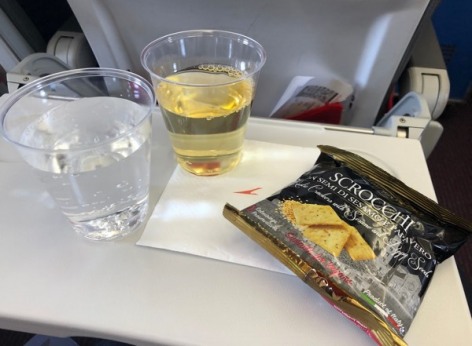 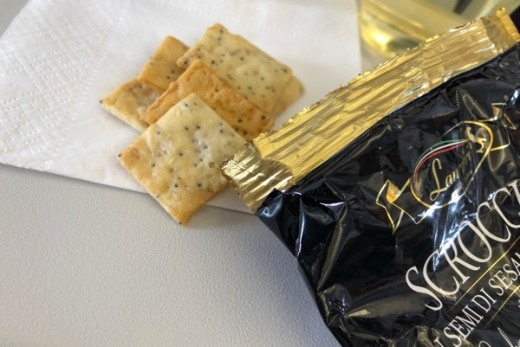 The savoury snack were so-called ‘rustic crackers’. I have no clue what exactly made them rustic, but hey. They tasted pretty bland. As a drink I selected white wine (an Austrian Grüner Veltliner) and sparkling water.

If you’d pick the sweet option, Austrian would serve you a ‘Baum Stamm‘, an Austrian chocolate cookie.

It’s nice that Austrian Airlines offers complimentary service, though I would make sure you don’t board hungry.

On a flight of more or less the same length, people are served sandwiches that are more plentiful. The Swiss – another Lufthansa Group carrier – sandwiches are with world famous Swiss Emmental cheese, which gives a bigger sense of quality and national pride.

Finally we landed in Brussels with 30 minutes delay.

On the route Brussels to Vienna, Brussels Airlines is on average 20 euros cheaper each way. My guess would be that for 20 euros, you can get food and drinks from Brussels Airlines’ buy-on-board menu that offer much more value than bland salty snacks.

It’s nice that Austrian Airlines still offers complimentary service on board, but I don’t think it’s worth its price difference. Other premium Lufthansa Group airlines (Swiss, not to mention names) offer a better on-board product.