To have some sun and warmth for her birthday my sister decided to travel around the Caribbean on an MSC cruise and asked my mum to join her on the trip. As there were no direct flights from Brussels to Miami they flew via London and had a few days at the beach of Miami Beach before setting sail.

Their first flight would take them from Brussels Airport to British Airways‘ main operational hub at London Heathrow. It was operated by a standard short haul Airbus A319.

The cabin was configured in a 3-3 configuration with black leather slim line seats. As British Airways does not serve complimentary food and beverages on their short-haul mainline intra-European (quite a contrast to their franchise partner Sun-Air of Scandinavia)  flights my mum and sister where to have eaten some breakfast in the airport before take-off.

Their flight from Brussels arrived at Terminal 5 in Heathrow, where most British Airways flights operate from. 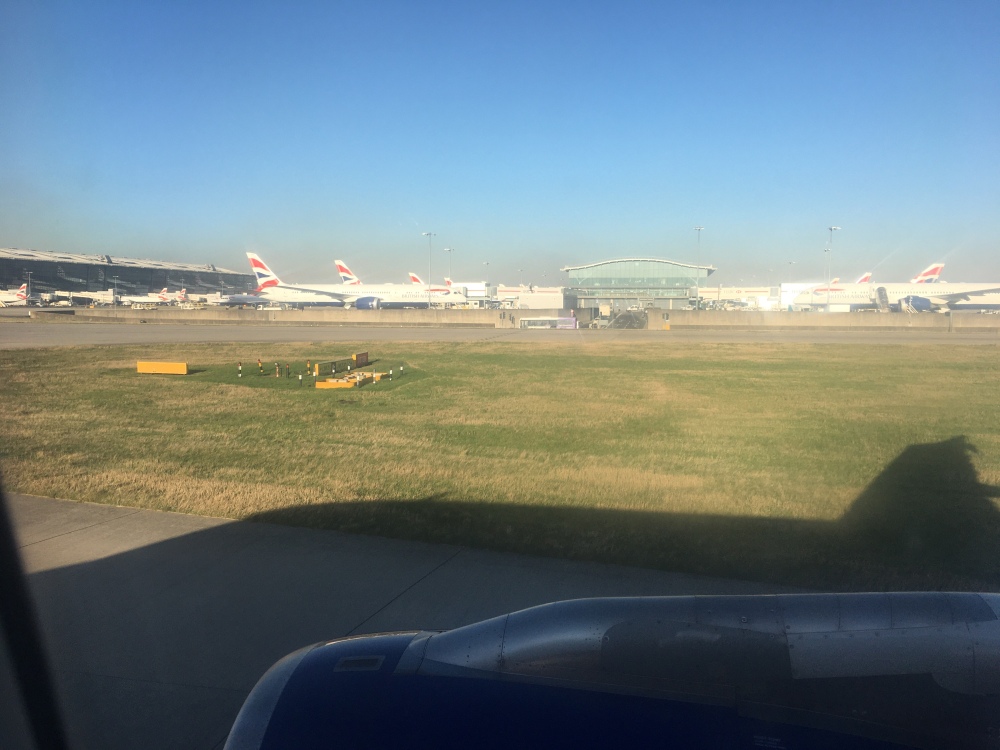 Unfortunately Miami is one of the few destinations British Airways serves from the ancient Terminal 3. Getting from Terminal 5 to 3 was relatively smooth and fast using a transfer shuttle bus.

After arriving at Terminal 3 they had to go through a new security check before arriving in the nice looking main shopping area.

When they walked over to the gate they ended up in a series of corridors looking much like an old school building, their Gate being just a door in the corridor before which they had to queue for an extra check before being let in the gate holding area.

Boarding itself was a pretty organised affair, handled in different groups. They were not quite sure in which group they were so they waited till the last group was called before boarding, at which time they found out their boarding group was just printed on their boarding pass. 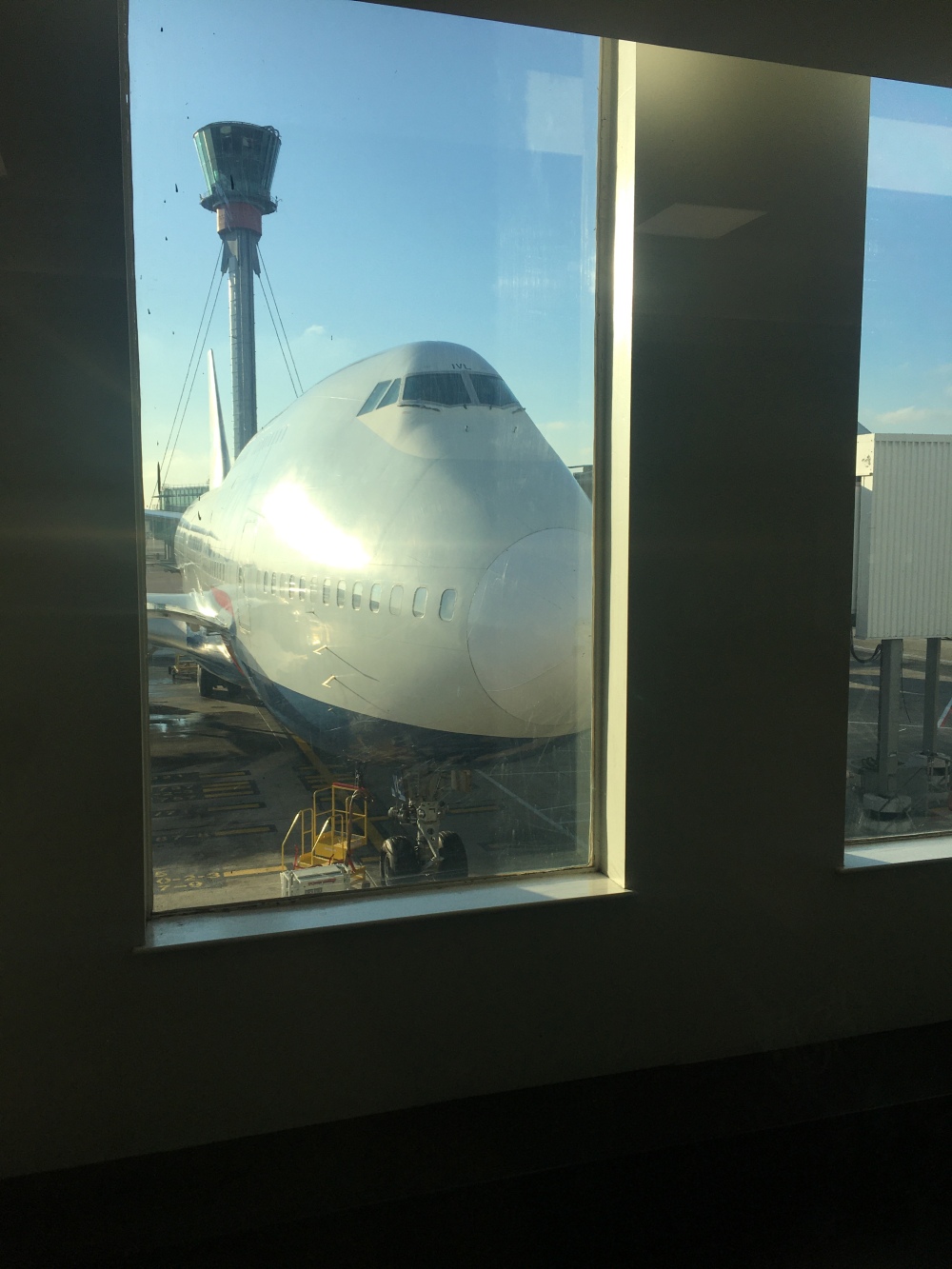 They would cross the premium economy class seating before ending up in the economy class section where their seats where located. While most of the economy cabin is in a 3-4-3 arrangement, the last three rows went to a 2-4-2 because of the curvature of the fuselage. They had pre-booked (and paid) for having one of the 2 seaters for some more comfort.

The seat itself was an older model and still soft and thickly padded, providing great seating comfort. The head rest had two adjustable wings which could be used to rest your head against or hang your headphones when leaving your seat.

On the seat there where a pillow and a blanket provided for each passenger, as well as some earphones wrapped in a paper gift envelope where you could give some money for charity. 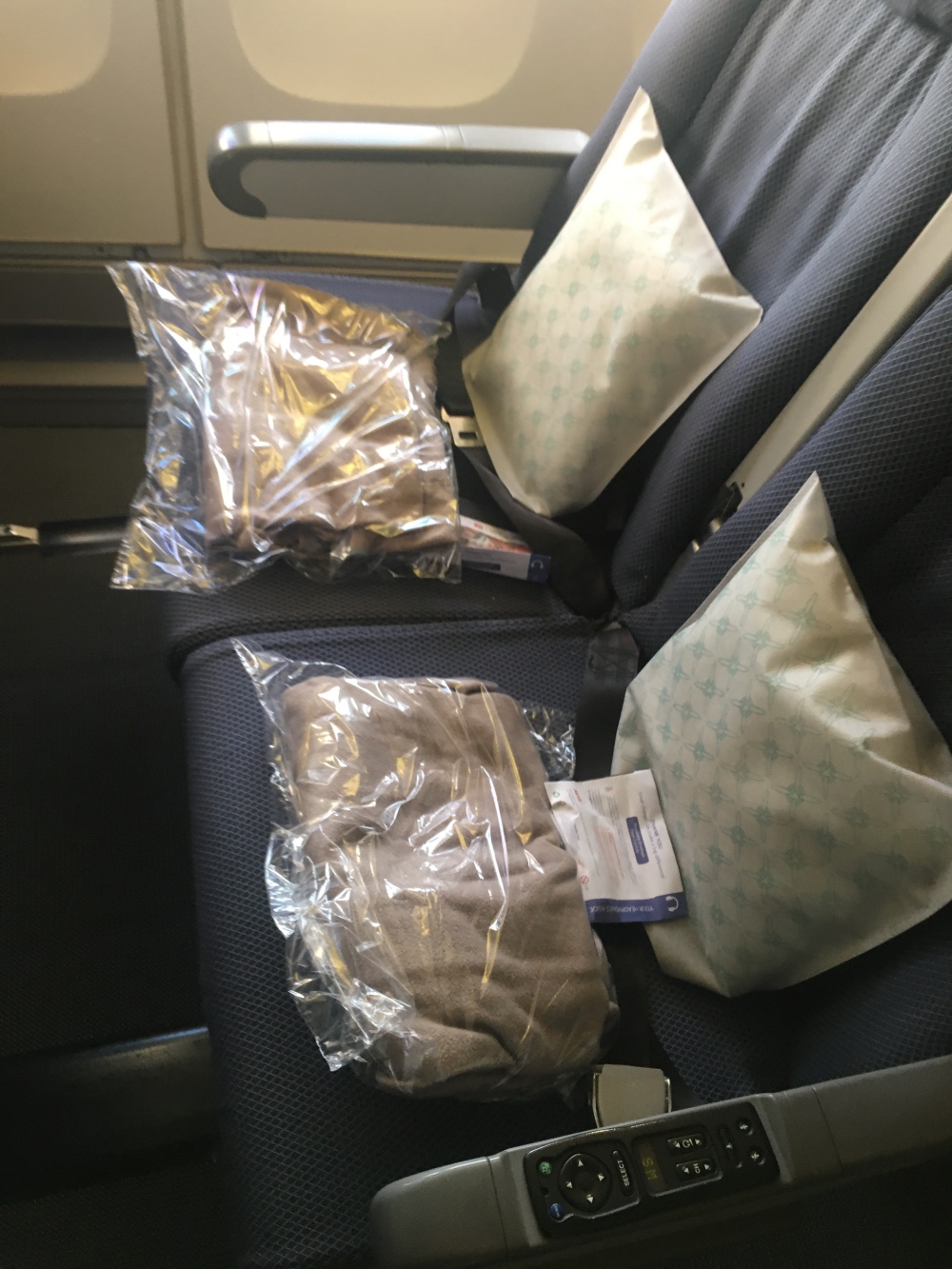 After take-off they were first served an aperitif along with some nibbles, because there was a passenger with a nut allergy on board they received some pretzels. BA has a generous sized individual wine bottle available in Economy and my sister also asked for a cup of water to go with it.

The main meal was served a bit later with a choice between Tandoori chicken and rice (which was quite spicy) and a vegetarian spinach pasta.

On the tray there were also a nice tabbouleh salad, a bun, some butter, crackers, some cheddar cheese and a sea salt Chocolate Dessert. The tray included a bottle of water while the crew also handed out some more drinks, with soft drinks in small cans. 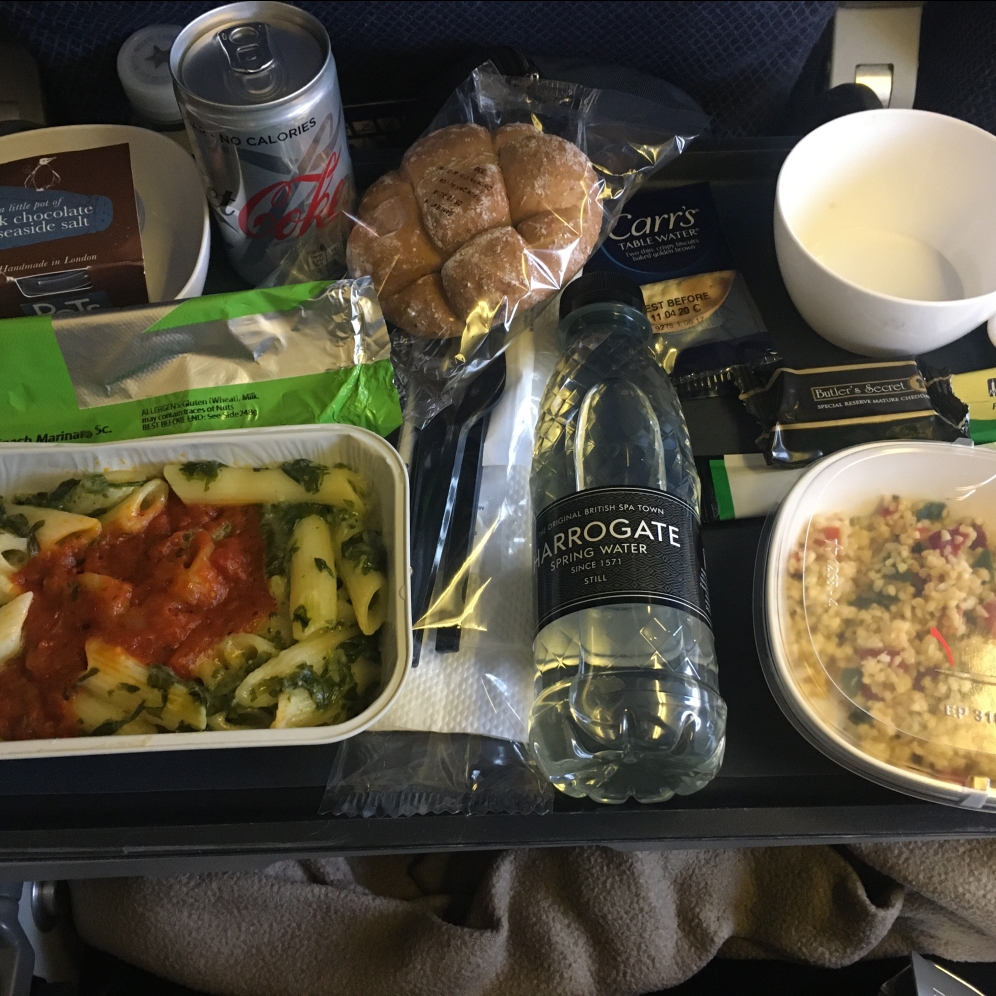 When trying out the entertainment there was a small issue, during the first two hours of the flight the system had to be rebooted several times before it was ready to be used. The crew was very apologetic about it and British Airways even sent a mail apologizing for the inconvenience during the flight.

The system was already a bit older with a smaller size screen and the remote was located in the armrest of the seat, which wasn’t very convenient as you might accidentaly activate a button when resting your arm.

In the middle of the flight the crew came around offering ice-cream, a chocolate covered magnum bar as a movie snack. My sister found this a very strange thing to do and did not expect anything like this. 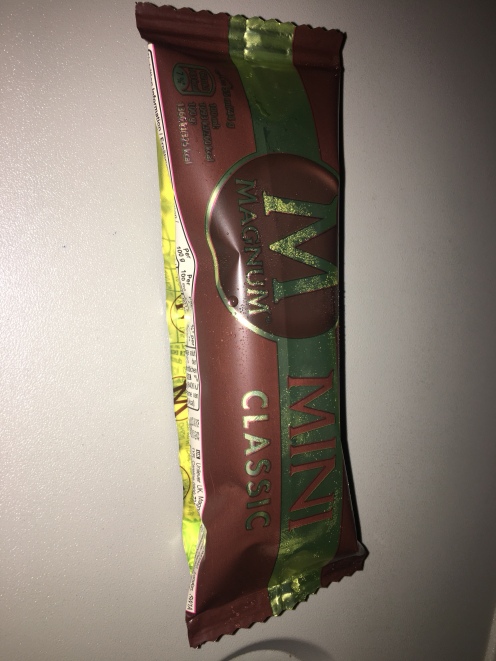 Before landing the crew served some afternoon tea, it doesn’t get much more British than this. They had some very delicious sandwiches and a flapjack bar together with a decent brew of tea.

After a nice and satisfying flight with a very friendly and professional crew they landed in Miami. Contrary to last time the immigration went quite smoothly and they did not have a long wait.

They rate British Airways on Long-Haul to be on par with Lufthansa and would definably consider flying them again.

What are your experiences on British Airways? Let us know in the comments below!