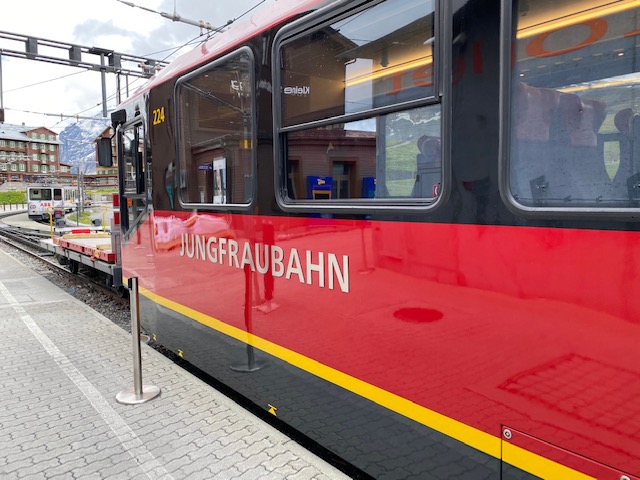 After many (planning) attempts I finally made it to Jungfraujoch, Europe‘s highest railway station. As a railwayman and train enthusiast, the Jungfraubahn was high on my wish list. My brother-in-law Kenneth accompanied me.

First I must start with some terminology. The Jungfrau, German for young lady, maiden or virgin, is the mountain. 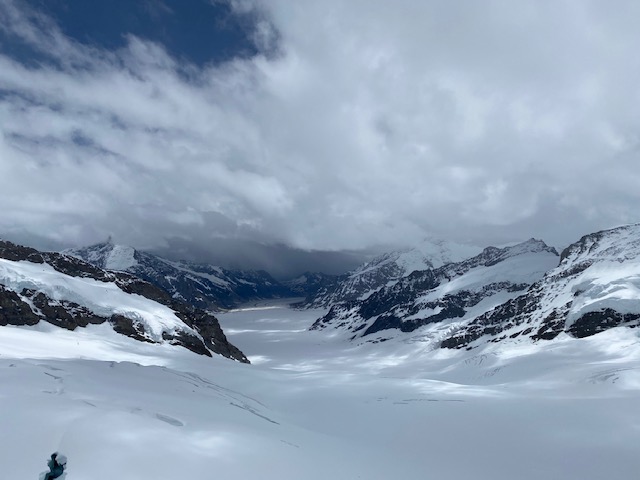 Jungfraujoch is a saddle in the Bernese Alps, connecting the two four-thousander peaks Jungfrau and Mönch, at an elevation of 3,466 metres (11,371 ft) above sea level. It is a glacier saddle, on the upper snows of the Aletsch Glacier, and part of the Jungfrau-Aletsch area, situated on the boundary between the cantons of Bern and Valais, halfway between Interlaken and Fiesch“.

The Jungfraubahn (JB) or Jungfrau Railway is a 1 m (3 ft 3 3⁄8 in) gauge rack railway which runs 9 kilometres (5.6 mi) from Kleine Scheidegg to Jungfraujoch, between the Bernese Highlands and the Valais in Switzerland.

The railway runs almost entirely within the Jungfrau Tunnel, built into the Eiger and Mönch mountains and containing two stations in the middle of the tunnel, where passengers can disembark to observe the neighbouring mountains through windows built into the mountainside.

The initial open-air section culminates at Eigergletscher (2,320 m), which makes it the second highest open-air railway in Switzerland. 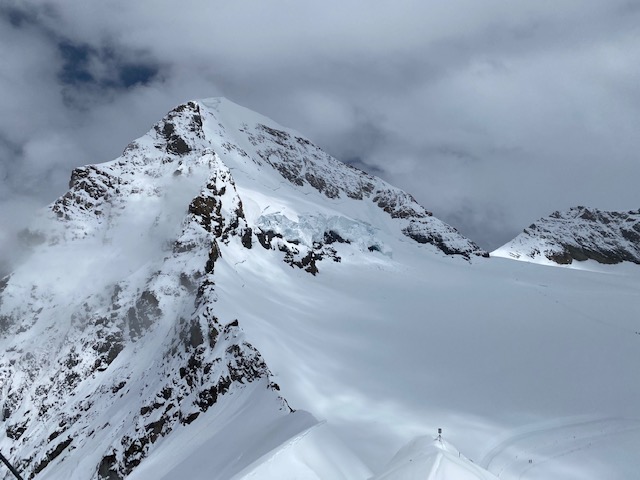 For the full rail and train experience, start your journey at Interlaken Ost (Interlaken East). You’ll need to go to Kleine Scheidegg.

The Bernese Oberland Bahn (BOB) operates these trains. There are two routes. Via Grindelwald or via Lauterbrunnen. Choose either one and take the other on your way down.

In Kleine Scheidegg you transfer to the Jungfraubahn for the climb up to the mountain.

The journey ís the destination

Going up the Jungfrau is massively expensive. It will cost you 240 CHF each, maybe more.

But with this excursion, the journey really is the destination. Winding up mountain passes, climbing and descending steep hillsides. Magnificent views. The athmosphere. It really is worth your money and your time.

As it does take two hours from Interlaken Ost to Jungfraujoch. 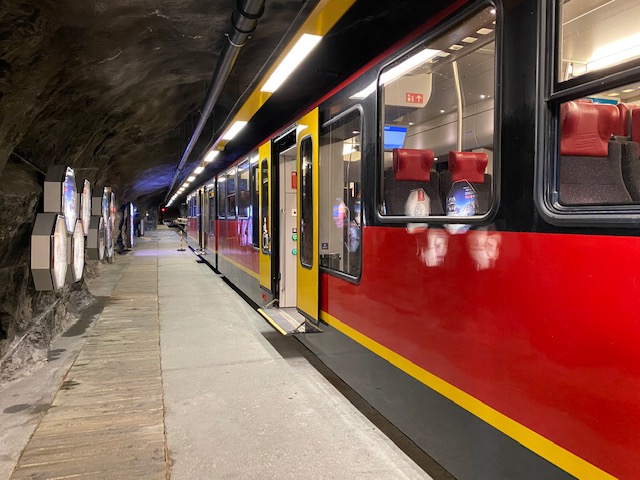 The Jungfraubahn makes a 5-minute stop at Eigergletscher for photos of the magnificent views. But it is really the Top of Europe complex which make the expedition worth your efforts.

Yes, some of the attractions are very camp and kitsch. The Lindt Swiss Chocolate Heaven, the shops, the Eispalast (Ice Palace), the Alpine Sensation are all over the top.

But the views from the Sphinx Observation Deck are just amazing. Also go a bit lower for the outside viewing plateau. 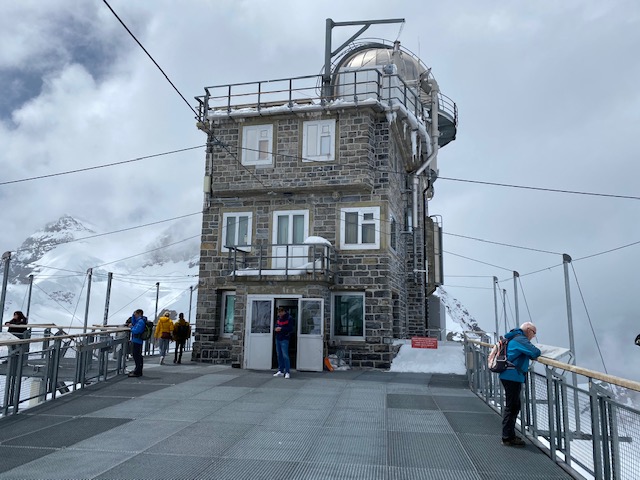 I feared Top of Europe would be a let-down, but it really isn’t. Being high up, seeing the saddle and the mountains. It is unique.

It is breathtaking. Also literally. At some 3,500 meters there’s less oxygen so beware of headaches and your heart. Be mindful if you have a heart condition. Be slo, be gentle.

But go once in your lifetime if you like trains and/or mountains.

With the help of Wikipedia for facts and figures. 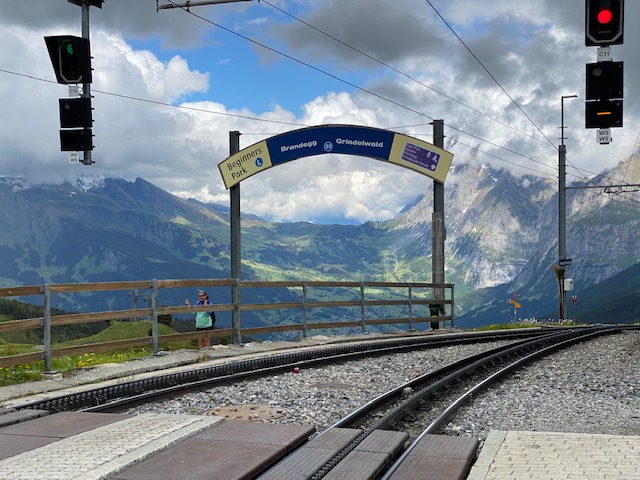