Travelling on and with a cruise, you sometimes get only a few hours in a city. Surely, we had time to spare in Helsinki, the capital of Finland, but we felt we had seen what was doable.

Also, we were in Helsinki on the 16th of July, the day Donald Trump and Vladimir Putin met. It strangled the city. But people were interested.

On this first picture you see hordes of people waiting on the Mannerheimintie, Helsinki’s main boulevard. The street is named after baron Carl Gustaf Emil Mannerheim, Finland’s founding father.

Speaking of which, there were protests and sign against the dual visit everywhere in the city centre. The Hensingit Sanomat newspaper pointed Trump and Putin to fact checking and free press. Others wanted free trade or free Ukraine.

The Kauppatori or Market Square welcomes travellers by see to Helsinki. Not that day. It was empty.

And it wasn’t a Wednesday, but road blocks were painted in pink. An idea for the City of Antwerp and Antwerp Pride?

The Finnish Evangelical Lutheran cathedral is the main landmark high and dry of Helsinki. It’s white and it’s huge. Inside it’s sober, as with any lutheran church.

From 1809 until 1918, The Grand Duchy of Finland was an autonomous part of czarist Russia. The czars were grand dukes or grand princes. Alexander II (1818-1855-1861) was the most liberal of the Romanow dynasty, liberating the serfs. It doesn’t make him immune for bird poop. 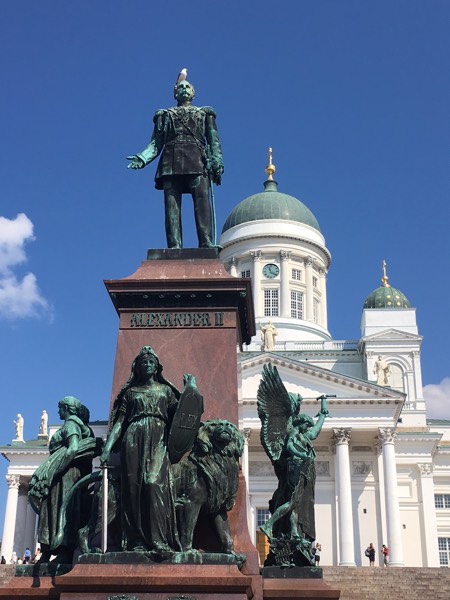 Sorry not sorry. I had to check out Finnish trains. It’s nice to see different liveries on the EMU’s.

Helsinki Central Station or Helsingin päärautatieasema (kudos if you pronounce that right) was inaugurated in 1919. In 2013, the BBC named HEC one of ten most stunning stations in the world, scandalously omitting Antwerp-Central. 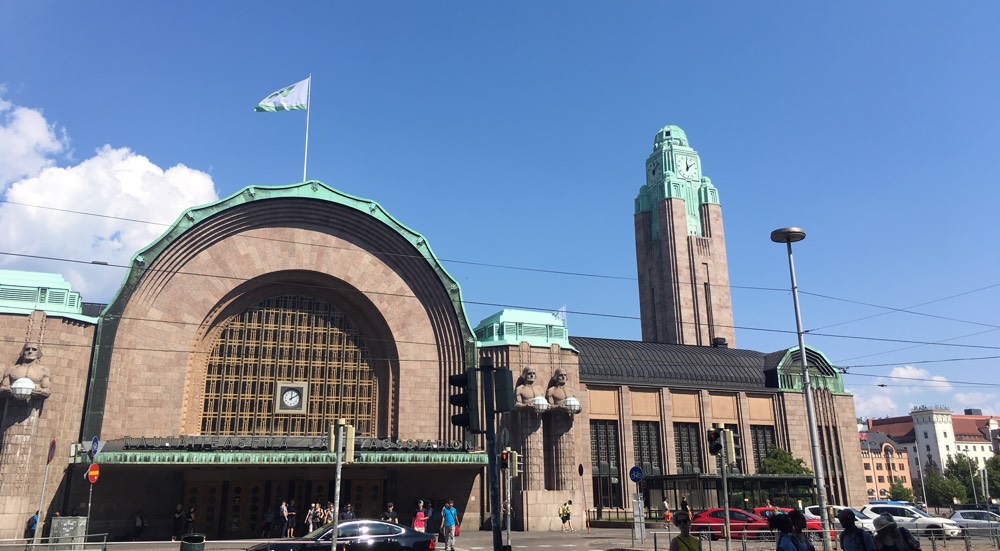 The Chapel of Silence embodies sober nordic design. You’re not allowed to take pictures inside this wooden egg-shaped house of prayer. 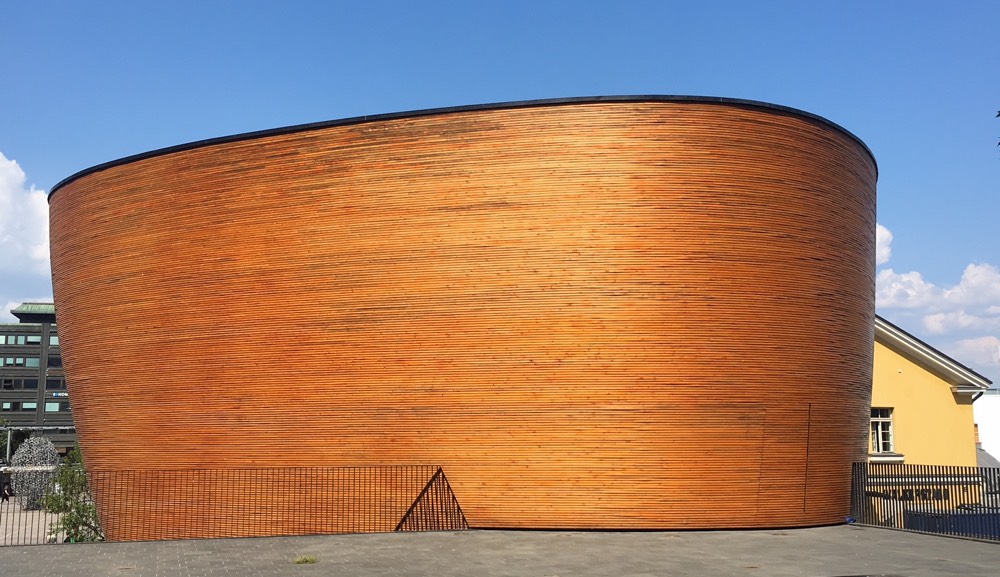