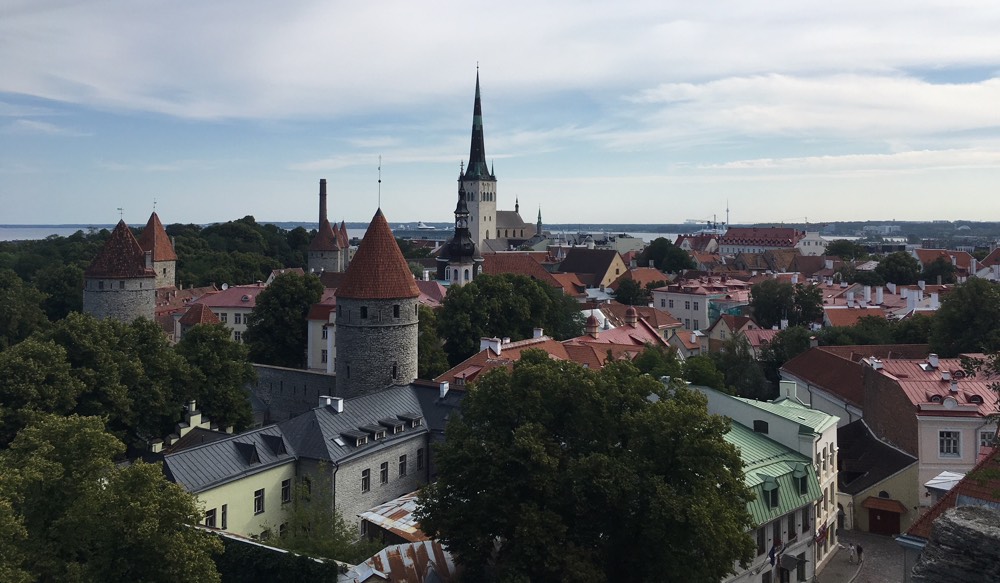 After Helsinki in Finland and Saint Petersburg in Russia, Tallinn in Estonia was the third stop of our Baltic cruise which started in Stockholm in Sweden.

Steve and I were only a few hours in Tallinn. Although we only scratched the surface, we few those few hours were enough.

With 450,000 inhabitants Tallinn is comparable to our hometown of Antwerp in Belgium. As Tallinn, you can see what you need to see in half a day.

Tallinn, formerly known as Reval, was first mentioned in 1154, although there has been a fortress on the hill of Toompea since 1050. 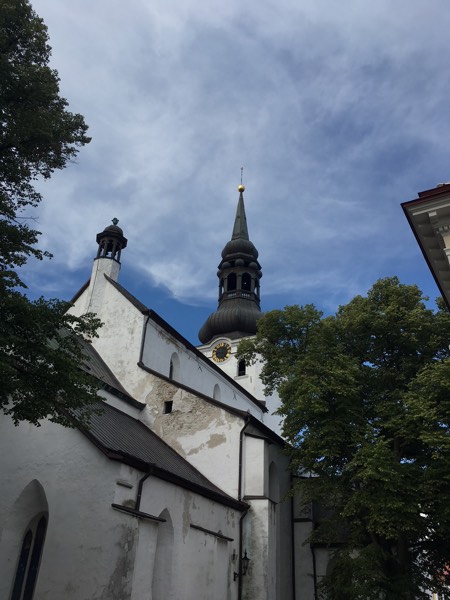 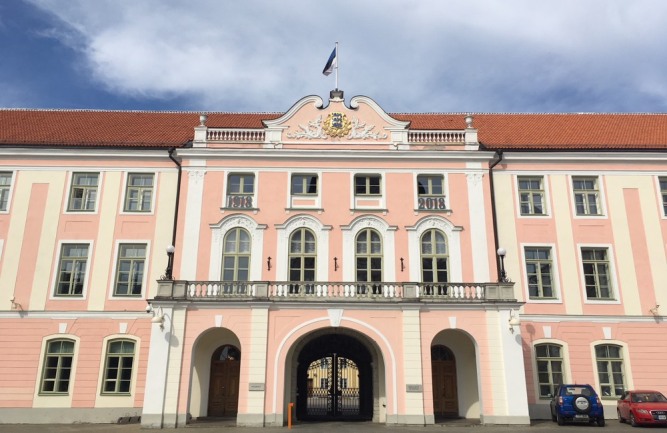 Everyone has ruled Tallinn: Denmark, the Livonian Brothers of the Sword, the Livonian Order, Sweden, czarist Russia, the Sovjet Union and Nazi Germany. The old town looks mostly Danish and German, not so Slavic.

We explored Toompea Hill with its churches and medieval features  and the lower city with the Raekoda (City Hall), which we entered. We also checked out Baltic Station and the orange trains.

Tallinn is quaint, easy to see on foot not too difficult to orientate yourself. The plan was to have a local meal as lunch but every restaurant looked like a tourist trap. So we returned to the ship for a late lunch. Sorry.

I’m glad I saw Tallinn. But I fail to see how to fill more than two days there. Perhaps the most surprising building is the concrete mastodont of the Linnahall.

“Internet is a human right”

Estonia is a trailblazer of digitalization in Europe. Internet access is said to be a human right in Estonia. But, free city WiFi was scarce. Antwerp does better. I was very disappointed. I expected to have free WiFi everywhere.