On my year-long world trip, I recently had a visit from my mother. We travelled through Vietnam together for almost three weeks. It was a very confrontational trip, one filled with stunning vistas, poverty, hope and very resilient people.

Text and photos by Famo, The Broke Belgian
Famo is a backpacker who loves music and hates Tuesdays. Hitchhiking, couch surfing, hostels or scuba diving: he does all of it on a small budget. You can check out his blog and vlog on www.thebrokebelgian.com/en.

After we visited stunningly beautiful Ninh Binh we took the night train to Dong Ha, where we would visit the Demilitarized Zone.

In Vietnam, you can book your tickets with www.12go.asia or the cheaper and better option www.baolau.com. Our hotel sold tickets too, but the price there was ridiculously expensive. We decided to use www.baolau.com. It was a very nice experience. We could pick our coach and beds during the booking process. 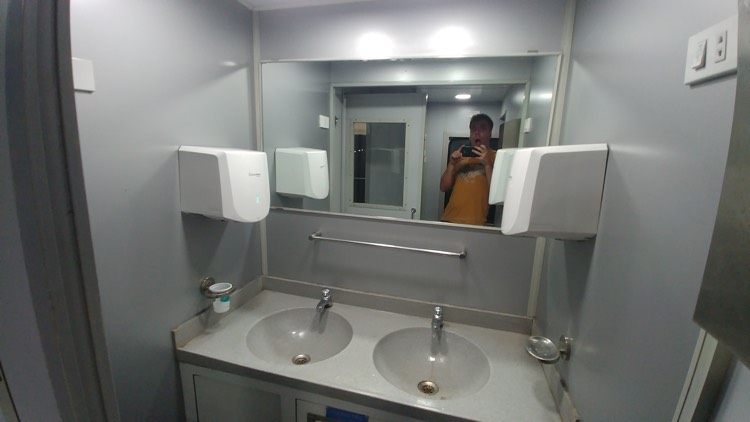 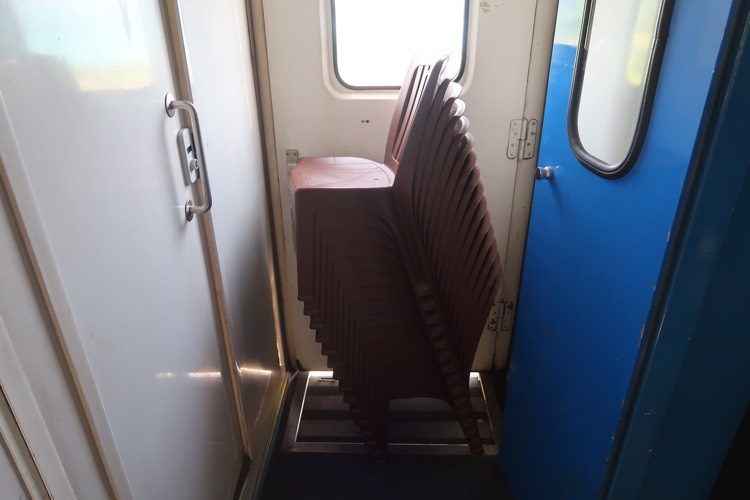 We would only be on the train for a short leg of the ride from Hanoi to Saigon (Ho Chi Minh City). The full route between the current capital of the Socialist Republic of Vietnam and the former capital of South Vietnam normally takes one day, nine hours and 38 minutes.

We were about to take SE3 train in Ninh Binh at 9.47 PM and we would arrive at 7.15 in the morning in Dong Ha. If all went well, we’d be rested in the morning, ready for another day of adventures.

Ga Ninh Binh railway station is quite ugly, it opened in 2015 and replaced the old train station in French colonial architecture, which will now serve as a freight station. When we arrived in the hall, we wanted to go to the tracks immediately but in Vietnam the platforms are behind a locked door which is only unlocked a few minutes before the train arrives. In this case, they used a simple bicycle lock! 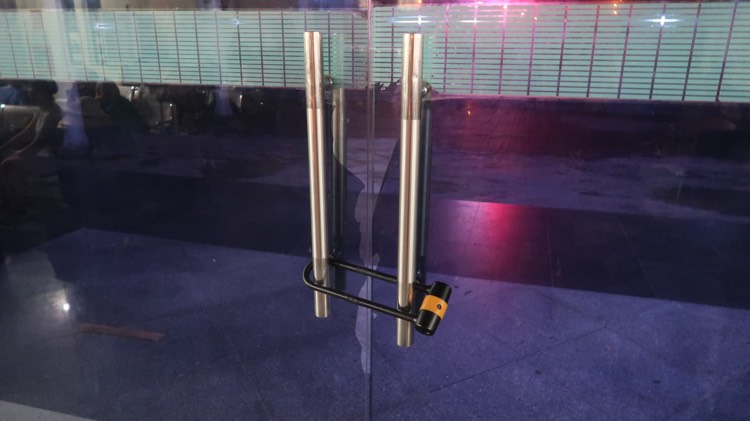 Most people in the station where white tourists, apparently the locals prefer the night busses. When we were finally allowed on the platform, signs marked clearly where our coach would be. The train arrived on time, and after we showed the digital ticket on my phone we climbed on board to look for our cabin.

We met our roommates for the night: an older Vietnamese couple who were half asleep. The sheets on the beds were worn out, but the bed was soft enough. I’m a fan of sleeper trains, since they allow you to go to your next destination quickly without having to spend an entire day on travel, but this night train

was my least favourite so far. The air conditioning didn’t work half of the time, and the temperatures rose quickly.

I saw a cockroach climbing out from one of the side panels of my bed, and hoped it wouldn’t lay eggs in my backpack. Cockroaches are a problem on every train in South East Asia, so I decided not to care too much about that.

The suspension of the train wasn’t the best, and the train sometimes shook

violently. At 4 AM the Vietnamese couple decided it was high time to have a loud conversation, and they only stopped talking when I shushed them.

Needless to say, when we arrived in Dong Ha, we had had an almost sleepless night. Tired and a bit moody, we took a taxi to our hotel. To our surprise, he didn’t overcharge us.

Dong Ha is not a touristy town. If you want to get away from Westerners, this is the place to be. There’s annice beach in the vicinity, and you can easily visit the DMZ and the Viet Cong tunnels (most people take day trips from Hue).

No tourists also means you won’t easily find Western food, and the locals don’t speak a lot of English. Since Google Translate is practically useless in Vietnam, you’ll have to use sign language often.

It’s funny however how all the kids will shout “hello” at you, proud of knowing a word in a foreign language.

The next day we took a minivan to Hue. The driver kept falling asleep, and luckily we only had to fear for our lives for an hour, because Hue is not that far from Dong Ha. When you’re in Hue, visit the impressive Imperial City. I’ve never been to the Forbidden City in Beijing, but I imagine they’re quite similar.

Train to Hoi An

We wanted to move on to Hoi An. Even though everyone declared us mad, a few days later we took a train to Da Nang from Hue. “Why you not take bus? Train only to Da Nang! Bus better!”

There’s no trains to Hoi An, but Da Nang is only half an hour ride from Hoi An, and my mom and I love trains. Luckily we didn’t listen to the advice from the locals, because the train ride was beautiful! When you reserve a seat, make sure you’re sitting on the left side, because you’ll have a beautiful view of the ocean! 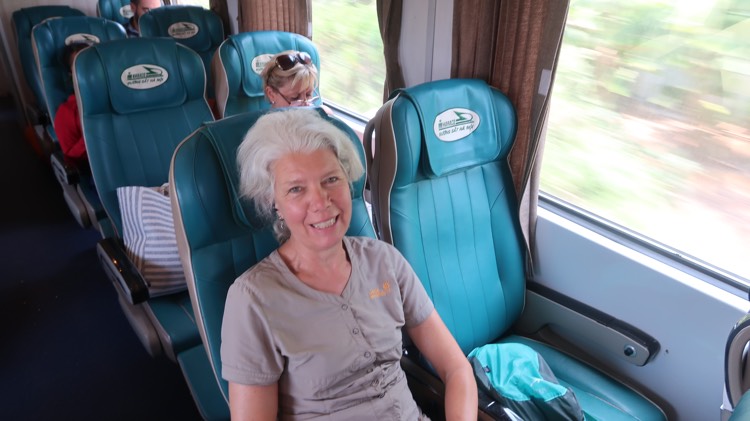 The staff of Hue station locked the entrance to the platforms as well, but we were soon able to board the SE1. The train was almost exactly the same as the SE3 we took a few days earlier, except that this train didn’t contain a coach with wooden seats.

This time, we took the train during the daytime, and we had booked soft seats. And they were soft indeed! While we looked at the gorgeous landscapes, we smiled.

My mom agreed: trains are way better than busses.