The day before we had our amazing trip across the Ghottard and enjoyed an evening and night in Italian speaking Switzerland at Locarno. Today we will be continuing our journey across Switzerland, having to pass through Italy to get there. The first part will takes us on the Centovalli line, travelling along the Centovalli line from Locarno in Switzerland to Domodossola in Italy. It is a narrow-gauge railway, and operated jointly by the Swiss FART and the Italian SSIF.

The train we travelled on was operated by 2 Italian electric units from the early 1990’s, which was clearly reflected in its moquette. Almost everyone boarded the first unit, making it very crowded. We on the other hand decided to board the second unit and had it almost to ourselves for most of the journey, herd behaviour is a strange phenomenon.

On the line some services are also operated by more modern air-conditioned panoramic units, but they require an extra surcharge! The route starts in an underground station in Locarno and travels in a tunnel under the city to eliminate the section of street running in the city. Once exiting the tunnel the line regains it classic atmosphere twisting and turning across the valley, at times still more feeling like a tram than a proper railway. While it is not one of Switzerland famous narrow gauge railways, it still offers very nice views and scenery. 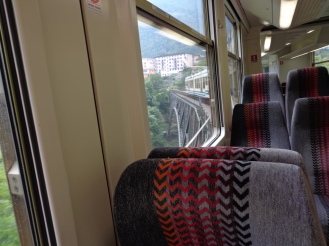 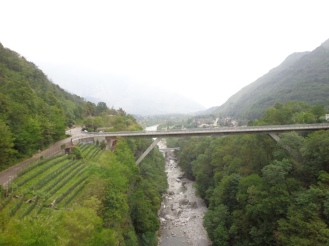 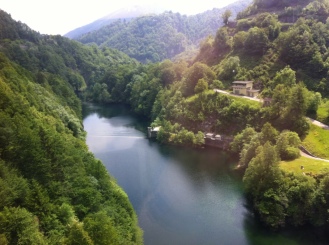 In Domodossola we first went to have a typical Italian Pizza and Pasta (because when in Italy…) before boarding a rake of Swiss EW IV coaches taking us across the Simplon tunnel. The Simplon tunnel is best known for having the Orient Express running through it and still is one of the most vital links between north and south Europe to this day. After exiting the tunnel in Brig we were back in Switzerland and exited the train. 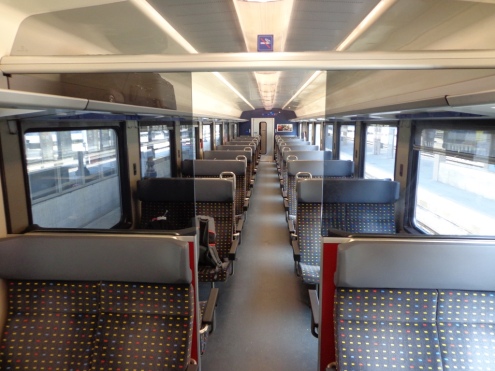 As this journey across Italy is the fastest connection between 2 parts of Switzerland it is actually considered a domestic journey for ticketing purposes and thus Swiss rail passes are valid on this journey in Italy.

After Brig we will be continuing our journey on the Matterhorn Ghottard Bahn up to Zermatt, where we will be spending a few days. But this will be for the next chapter.

Have you travelled by rail across mountain ranges? Does your breath still get taken away every time you do? Let us know in the comments below!