In 2015 I got the chance to explore LAN (since then merged with TAM and renamed LATAM Airlines) Business Class on their 5th freedom flight from Frankfurt to Madrid. The plane flies the route Frankfurt to Santiago de Chile with a stopover in Madrid and to fill the plane on the Frankfurt to Madrid segment, LATAM often has some bargains on sale. For me this was the ideal opportunity to try out a long-haul Business Class product with lie-flat seat and a brand new Boeing 787 Dreamliner so I naturally I jumped on the chance and jetted off for a weekend to Madrid.

Getting to the airport

To catch our flight to Madrid we used one of the (at that time) 4 daily Deutsche Bahn ICE trains from Brussels to Frankfurt airport. Since we would arrive very early at the airport we already checked in online and travelled with only hand luggage so we could pass through to airside immediately and enjoy the comfort of a lounge to relax before the flight instead of having to wait for check-in to open. 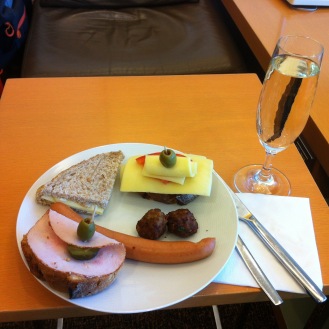 Since LATAM is a member of Oneworld we first went for a visit to the Japan Airlines lounge in terminal 2. It’s a clean lounge with a Japanese vibe all over it. While it is not one of the biggest lounges there are but it had sufficient seating, a small buffet of cold bites, some warm “Frankfurter” sausages (When in Frankfurt 😉 ) and of course a bar with a choice of hot, alcoholic and non-alcoholic drinks (Where I couldn’t resist but trying out their sparkling wine). There where also those typical Japanese automatic toilets and a showers are available upon request. Unfortunately the windows have a view over the landside area, so it’s not really useful to do some spotting 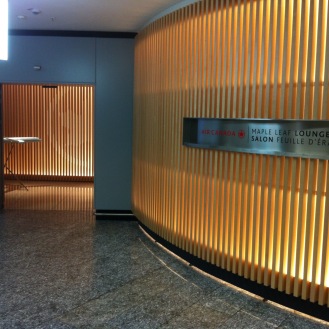 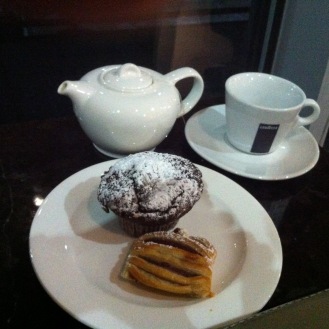 After trying out the JAL lounge in Terminal 2 we returned back to Terminal 1B where our LATAM Flight would be leaving. Here we tried out the Air Canada Lounge, which even though Air Canada is a star alliance member is the designated lounge for LATAM Flights leaving Frankfurt. The lounge was noticeably bigger than the JAL one and both the food and drink offer was far more substantial. With a big hot and cold buffet you could easily have a proper meal here before your flight. The lounge was subdivided in seating zones, offering a dining area, a work area, a relax area and of course some seating along the windows with an excellent view over the tarmac and runways to see all the movements (guess where we went to sit). Before heading out to the plane we still did a quick fuel dump at the clean and spacious toilets.

At the gate boarding was clearly organised with priority for Business Class customers, Once on board the purser came to us to personally introduce herself to us and which us a pleasant flight. As a pre-departure drink we could choose between a glass of champagne or LATAM’s signature drink, a Pisco Sour together with some nuts. Of course I tried the latter and was pleasantly surprised by the fruity and not overly strong taste. 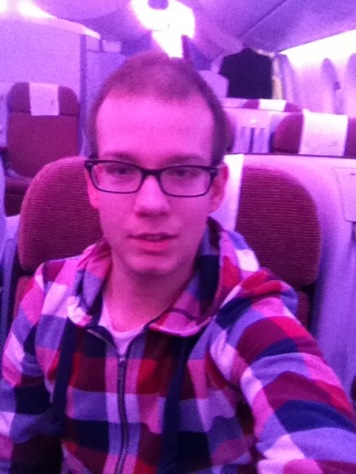 The Cabin was in a 2-2-2 configuration, which means that anyone sitting at the window has to climb over their neighbour if they want to get up and walk around. The seats are fully lie flat, and are very comfortable to sit in (the massage function was very much appreciated). The entertainment screen is sufficiently large and offers a wide range of movies and series to watch. This being a short intra-European sector there was no amenity kit nor pillows or blankets provided.

The in-flight service consisted of a single tray with a salad with some meat as a main, accompanied with a warm piece of bread you could choose from a basket and a fruit salad to round things up. It was tasty and sufficient for a flight of this length. 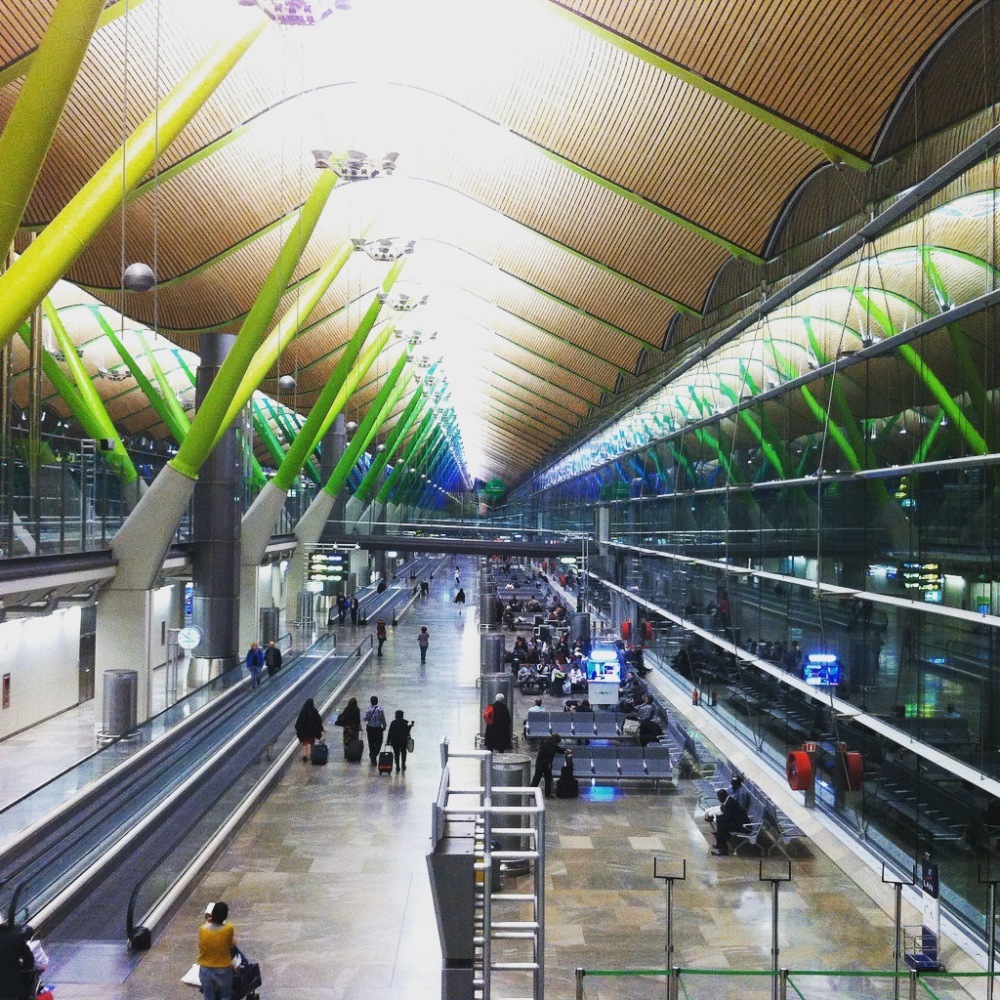 The Flight flew by way too fast and before we know it we landed in Madrid Barajas, docked at their stunning net Terminal 4 and made our way into the city.

After a nice weekend in Madrid and Toledo we returned to the airport for our flight back to Frankfurt. Unfortunately we could not make use of the short Business class line for security as LATAM did not pay for this service and we had to queue up in the normal security line. As the LATAM flight continues from Chili it is considered an International flight and had to take the shuttle train to Satellite Terminal 4S. 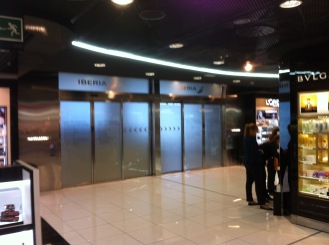 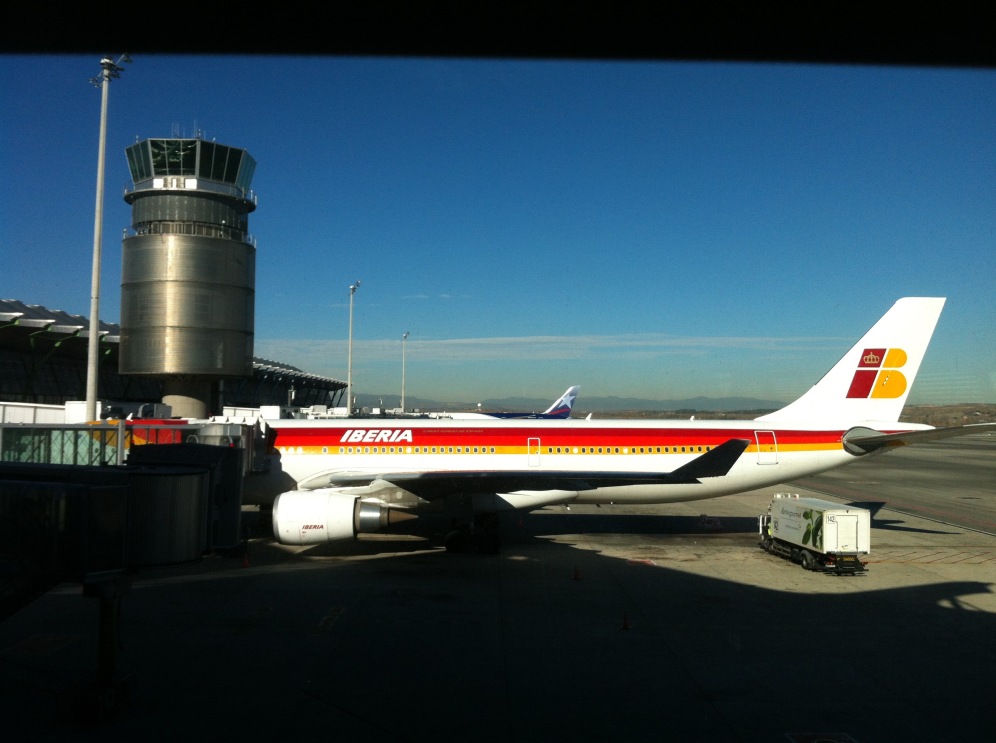 After we exited the shuttle train we had to search a bit to find the Iberia lounge entrance, which was well hidden inside of a duty-free shop. Once inside we were impressed by the airy and light-flooded lounge. We entered in the middle and the seating and buffet areas where nicely mirrored at both sides of the lounge, with some magnificent tarmac views through the huge windows. As we were there before 14:00 we could still enjoy the breakfast offering, a bit later this was replaced by the lunch-time offering. There was plenty of choice between some “fresh” salads and cold cuts, some warm Spanish tortillas or some pre-packaged sandwiches. The drink offer was even more impressive with even a fully stocked wine cellar at your disposal. The toilets where clean and well stocked but I could not locate any shower facilities.

All to soon it was time to head to the aircraft and board our flight back. The flight was a perfect carbon copy of the previous flight, with even exactly the same meal. So not much more to report there.

After a smooth landing in Frankfurt we headed over to the city centre to visit the famous Christmas market as we would be staying another night in Frankfurt.