My sister lives in Zug, which means ‘train’ in German. So obviously, as a train enthusiast I took the train to Zug. Mit dem Zug nach Zug.

I do realize taking the train from Belgium to Switzerland is more expensive than flying from Antwerp or Brussels to Zürich or Basel. It takes more times and you need to change several times. So it’s not for everyone. But it’s definitely for me.

How did I travel?

I left Antwerp-Central railway station at 5.55AM to arrive at Brussels-Midi/Zuid at 6.45AM. I took the Charleroi-bound IC 4527 train, consisting of eight Bombardier and Alstom M6 coaches.

My TGV 9870 to Strasbourg in France left at 7.17AM. I had enough margin to go and buy a sandwich at Panos. The Alstom TGV Réseau is over twenty years old but the interior has been refurbished. The seats are not uncomfortable, but lack power outlets. There’s WiFi but it wouldn’t work on my iPhone.

We arrived a few minutes late in Strasbourg. The connection to Basel in Switzerland was aways going to be tight. But the 10.51AM TER 96217 using Corail coaches had a delay of 15 minutes. It allowed me to hop on that train. 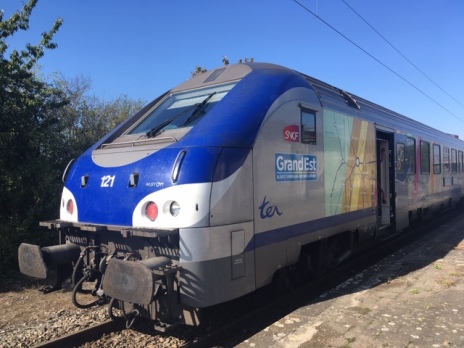 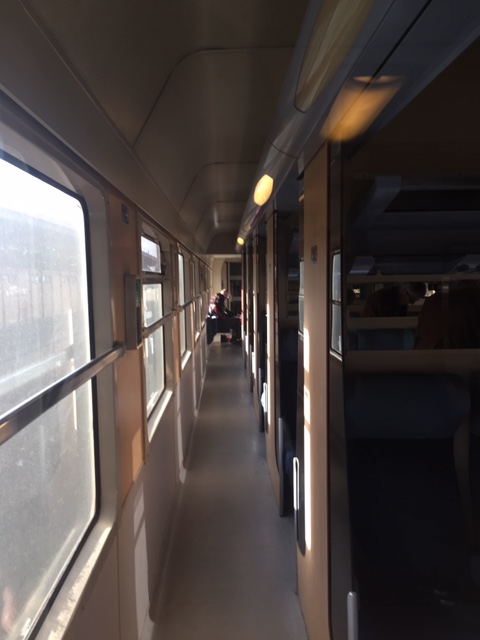 But SNCF decided to limit the train to Saint-Louis. No worries, ten minutes later I hopped on the TER 96119 to Basel using a Bombardier AGC EMU.

In Basel SBB railway station I hopped on a Deutsche Bahn ICE 71 to Zürich HB at 1.07PM. The Siemens ICE 1 is especially adapted for Switzerland. 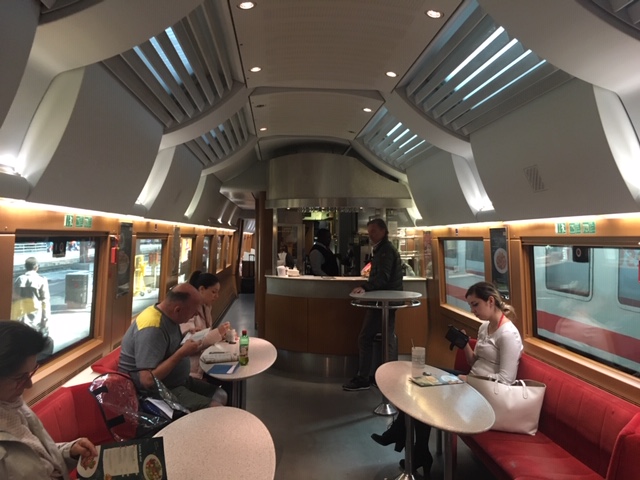 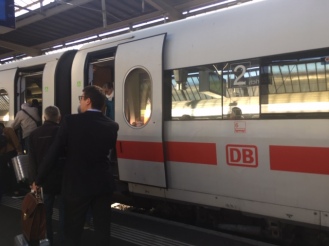 In Zürich I changed voor the SBB IR 46 train to Zug. The coaches were Einheitswagen IV. 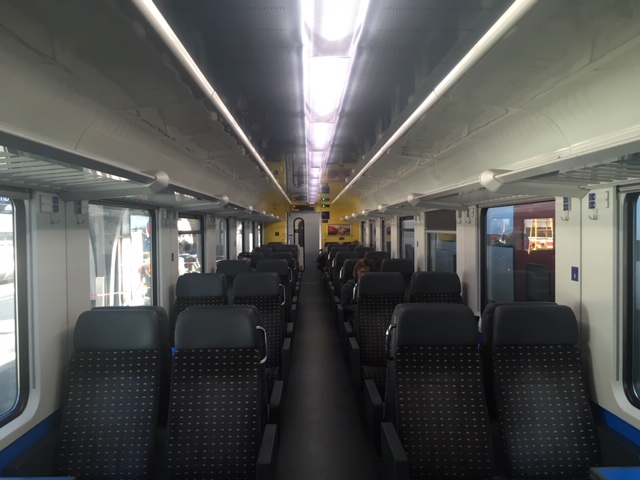 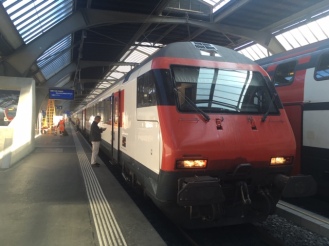 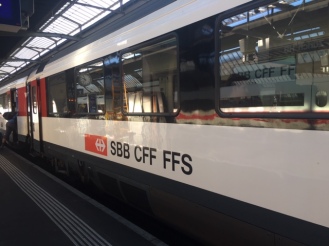 The journey took me 8.35 hours and six trains. I know it’s too much too ask for non-enthusiasts. The faster way is through Paris. But I didn’t feel like paying a Thalys and a TGV Lyria.

Also, in Paris you need to change stations, from Gare du Nord to Gare de Lyon.